In its 14th year at Cartagena, the Hay Festival brings its mix of literary work and current events to Colombia in January and February.

A Three-City Series of Events

Colombia is thrice blessed by the organizers of the international Hay Festival series of events, with a set of three programs that run January 25 and 26 in Jerico, then January 30 to February 2 in Medellin, and overlapping with the “big” festival running January 31 to February 3 in Cartagena.

With some 130 speakers in 150 events over four days, the 14th year of the programming in Cartagena is led by one of the world’s most ubiquitous and popular author-speakers on the world’s literary stages today, the Nigerian writer Chimamanda Ngozi Adichie, who spoke at the opening last month of the Frankfurter Buchmesse in its new Frankfurt Pavilion.

Adichie at Cartagena will reflect on the relationship between journalism and fiction, in a talk about the global South, from Gabriel García Márquez to today’s literary heroes.

Attracting more than 50,000 people, the Cartagena festival’s reach takes in a lot of Latin America, not least because of its partnerships with RCN TV and Radio, El Pais, El Tiempo, Arcadia and an international collaboration with BBC Mundo.

Programming at Cartagena for 2019

In terms of programming announced for the Cartagena fair, some highlights:

Tickets for the Cartagena festival are to go on sale on December 7. 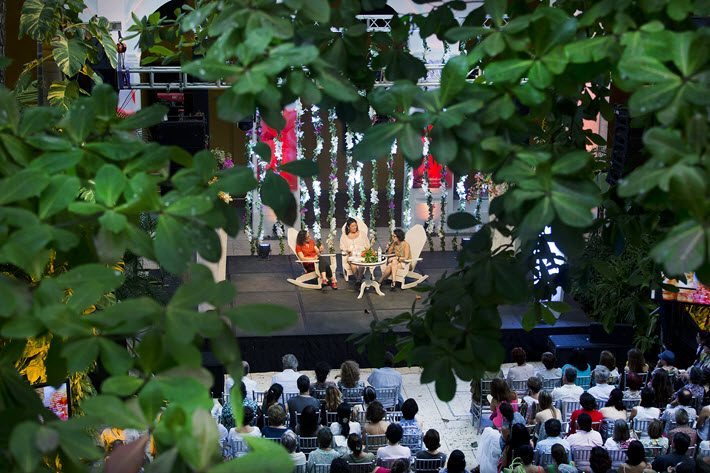