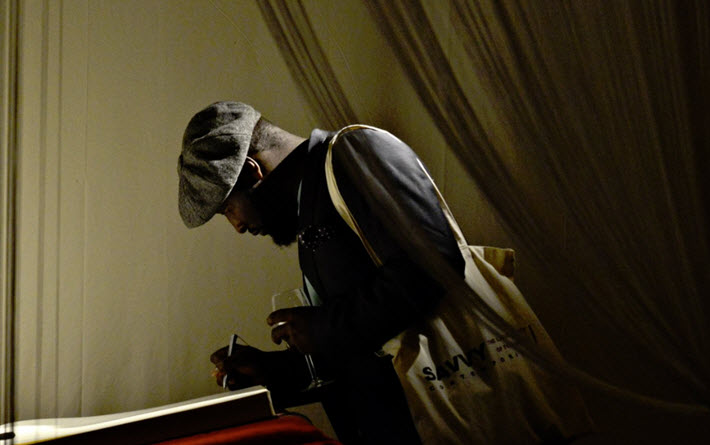 ‘Up-to-the-minute political and scientific discourses’ are at the heart of the September 5 to 15 International Literature Festival Berlin this year, which is programmed around six eclectic topics. 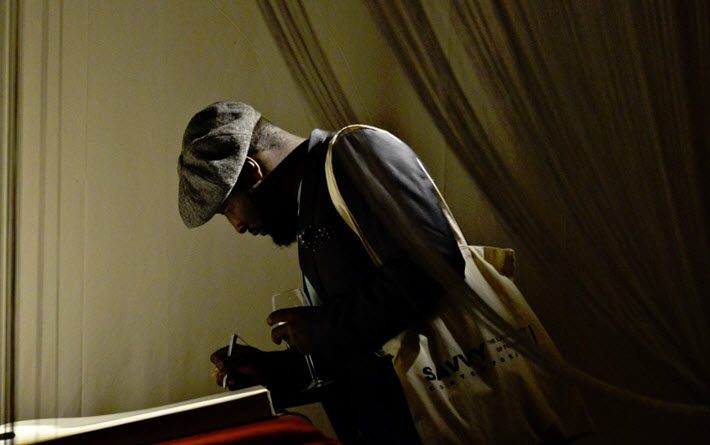 Details of the upcoming 18th International Literature Festival Berlin (ILB) program have been released, with a program of six topics in place as anchoring guides to the events.

The festival this year runs September 5 to 15. Tickets are now available, and an extensive, 67-page PDF with full program details can be had here.

The festival is an eclectic one, both in content and in purpose. It stages what its media messaging describes as “contemporary developments in prose, lyric poetry, nonfiction, graphic novels and children’s and youth literature from all over the world, while negotiating up-to-the-minute political and scientific discourses, and actively promoting reading and conveying literature.” 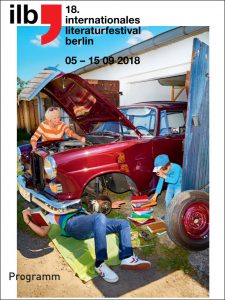 Among the most issues-driven festivals of the European season, ILB is adamantly aligned in its inquiry into “human rights, cosmopolitanism, multi-perspective, dialogue, and hospitality.”

Even those who are less inclined to study the newer output of literary culture are welcomed, for example, by the festival’s annual “Remembrance, That Is to Say” program, which brings “misunderstood and forgotten authors of past decades and centuries” into new focus through readings, lectures, and talks.

The thorough presentation of its programming and consistency over the years is made possible, in no small part, by the enduring sponsorship of the Peter Weiss Foundation for Art and Politics since the festival’s inception in 2001.

Centered at Haus der Berliner Festspiele, the festival will also have events at sites in the city including the Museum of Natural History in the Mitte borough and the aquarium in Kreuzberg. And thematically, the programming is anchored by six topics, each color coded for easy reference in program materials: 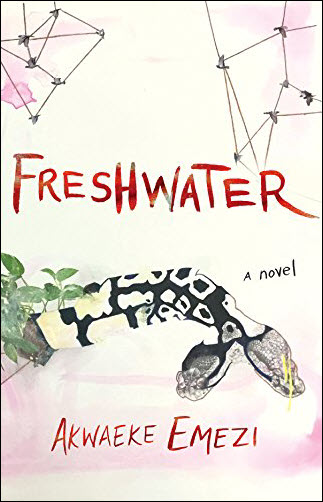 Three days prior to the September 5 opening, citizens are encouraged to organize their own “Berlin Reads” events in which they’ll present readings of their favorite works. In media messaging, the organizers refer to the September 2 exercise as a day of “reading and listening,” whether devised by “institution or individual, in neighborhood association or neighborhood bookstore, in a gallery or in public places.”

The formal opening of the festival, then, on th 5th of September, will feature an address by Eva Manasseh (Austria/Germany) and a performance by the pianist Igor Levit. Burghart Klaußner (Germany) will from his novel Before the Beginning. In addition, Akwaeke Emezi (Nigeria/USA) will present the German translation of her debut novel Freshwater and Dima Wannous (Syria/Lebanon) her book, The Frightened.

The program features a big roster of speakers making presentations of German translations of new novels. Among those presenting this year; 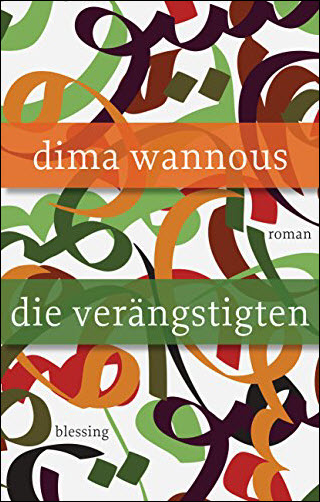 A complete listing of authors engaged for the events is here.

Examinations of the cultural contexts in which many writers are working are to include Basma Abdel Aziz, Omar Robert Hamilton, and Scott Anderson on political and social conditions in the Arab world, while Nathan Law will look at the situation in Hong Kong.

On September 5, a division of the festival focused on international children’s literature is to be opened with a keynote address by the Swedish writer Frida Nilsson, author of Siri and the Ice Pirates. Others featured in events around books for young people include Melba Escobar de Nogales (Colombia), Frances Hardinge (UK), Jason Reynolds (USA), Sydney Smith (Canada), Duncan Tonatiuh (Mexico), and Dianne Touchell (Australia). 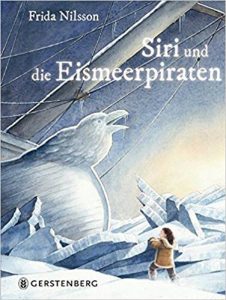 Refugee issues take the focus on September 8, when Karen Connelly (Canada), Charmaine Craig (USA), and Ibrahim Nasrallah (Lebanon) are to present their project “Refugees Worldwide II,” which features written reports on the situations of refugees in various regions.

The relationship between social background, work, and identity will be taken up by Didier Eribon (France), David Graeber (UK), and the editor of the neo-Marxist magazine Jacobin, Bhaskar Sunkara (USA).

Closing Conference: ‘After the Nation-State’

The closing conference “What Comes After the Nature-State?” is a production of the European Alternatives organization, and is meant to look at “thoughts for a future beyond the nation-state on the 10th anniversary of the collapse of Lehman Brothers.”

In a precede to the event, the organizers write, “Ten years have passed since the collapse of Lehman Brothers ushered in the great Western financial crisis. Since that day, history has returned with a vengeance.

“From ongoing economic stagnation in large parts of the West to rising extremism, from threats of an end of liberal democracy to challenges to neoliberal globalization, the world appears in a state of flux.

“The moment of crisis, interregnum, continues to this day. But while events are racing forwards, can the same be said of ideas? Our conceptual toolkit appears tragically unable to describe our present and shape our future. Why is that? And what are some of the categories that we should radically re-interpret today?

“We hold that today only the vision of a radically alternative organization of our world will enable us to recuperate agency over our future.

In varying debates as well as artistic formats and with experts from all over Europe, such as Ulrike Guérot, Gesine Schwan, Manuela Bojadzijev, Sivan Ben Yishai, Ann Pettifor, Mehdi Moradpour, Brett Scott, Harald Schumann, Tithi Bhattacharya and many more, the one-day Congress deals with these questions and challenges.”

More information specifically on the conference is here. 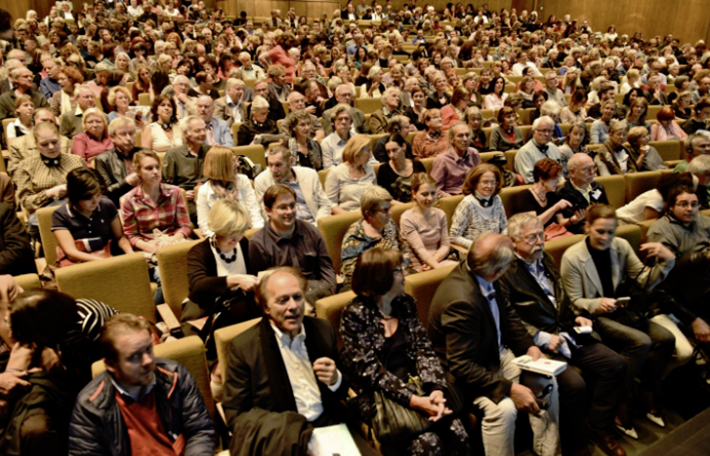