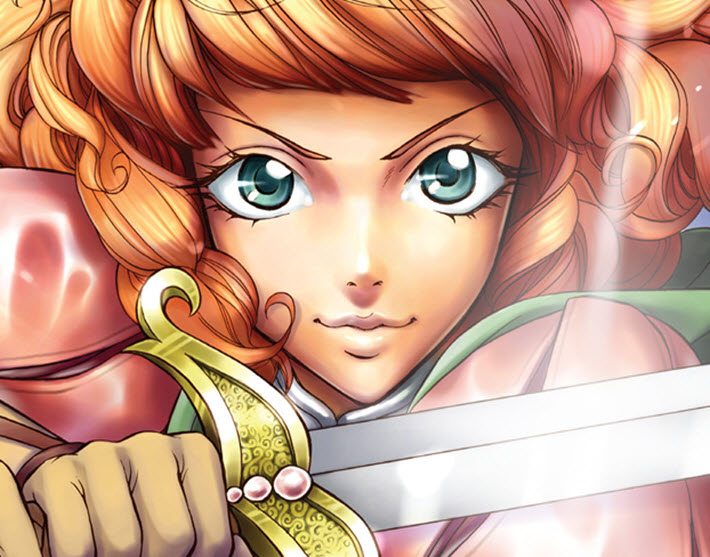 ‘Why can we come up with fantasy stories that are like dragons and mythical creatures,’ asks Swedish manga artist Natalia Batista, ‘but we can’t come up with a story with women as the ruling gender?’ She answers her own question with ‘Sword Princess Amaltea.’ 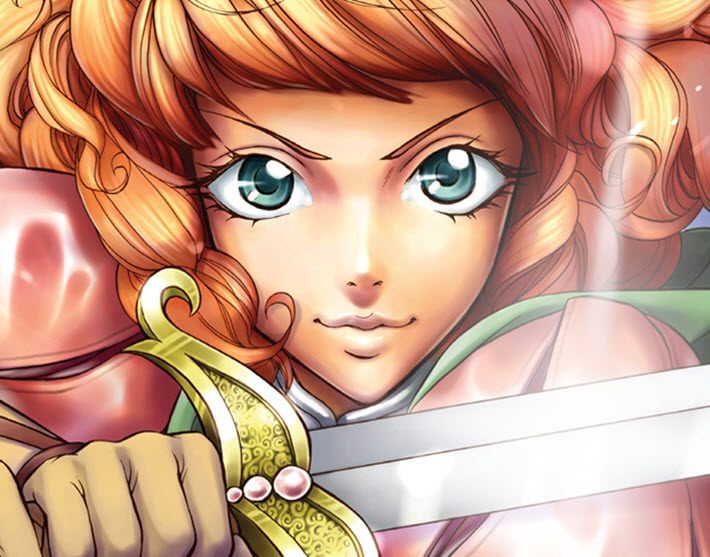 Opening ‘the Comics Culture for Women’

The upcoming Beyond the Book podcast from Copyright Clearance Center’s Christopher Kenneally focuses on Natalia Batista, the Swedish manga artist and publisher who recently traveled to the States’ West Coast for AnimeCon. There, she launched Sword Princess Almatea (Tokyopop), which is set in “a fairytale world where queens rule and princes must be rescued.”

Kenneally has embarked on a “Women of Manga” series of podcasts. The first featured Toronto-based Sophie-chan, and the next installment, with Batista, is scheduled to go live on Monday (July 30) at the Beyond the Book site.

Publishing Perspectives has been provided with an advance transcript of the upcoming edition of the podcast with Batista.

As Kenneally says in his introduction, the Los Angeles-based publisher Tokyopop has long promoted the work of its women artists and writers, with its fundamental mission based in shōjo manga—stories developed expressly for teenage girls and young women, first in Japan and then around the world.  This year, Tokyopop is highlighting international women of manga.

Batista teaches Sweden’s comic art school Serieskolan in Malmö. She was a founding member of the Swedish Manga Artists Collective and publisher at Nosebleed Studio. Her works include the kids’ manga Mjau!, published in Sweden, Portugal, and the USA, and, of course, Sword Princess Amaltea, in which queens rule the day.

The conversation Kenneally conducts with Batista, by necessity, starts with a rollback of a couple of layers of distinctiveness about Batista’s career: nationality and gender.

When he asks about what it takes to be accepted as a non-Japanese manga artist, Batista says she’s not alone. “The non-Japanese artists are growing a lot, especially in Europe, and a lot of them are kind of influenced by not only manga, but, for example, fantasy, sci-fi, books, TV shows. So I think the influences are kind of making the stories wider than just Japanese culture.”

That’s not to say that everyone is on board with an internationalized creative community for the form. “There’s still prejudice,” Batista says. “Unless you have a Japanese name, there’s always going to be people saying you can’t do this because you’re not Japanese. So for an artist being non-Japanese, I try to overcome that.  But at the same time, my work speaks for itself. 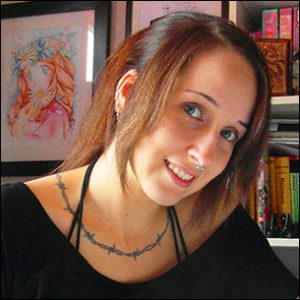 “When people actually see it,” she says, “I think they can’t avoid calling it manga. … I’ve seen manga from Brazil, from Germany, from Jordan, and all these kind of manga have different flairs, and I like that.”

And the aspect of gender, Batista tells Kenneally, actually has a basis in the reading audience for manga. “What we saw with manga is that a lot of the readers are female, and a lot of the con-goers, the people who go to the anime cons and the cosplay conventions, they’re female. A majority of them are female.

“So in some ways, the fact that manga took place in the comics community both in America and in Europe kind of opened up the comics culture for women.”

As Kenneally points out, Batista’s Amaltea story reverses expectations, much as that majority-female readership might upend the expectations some would have for the manga crowd.

“The synopsis for Sword Princess Amaltea,” Kenneally says, “is a mirror image of a timeless plot.  A young princess is sent on the biggest quest of her life—to rescue a prince in need. But when she does, the prince isn’t so willing after all.  So essentially you flipped the classic romance and fantasy on its ear.” 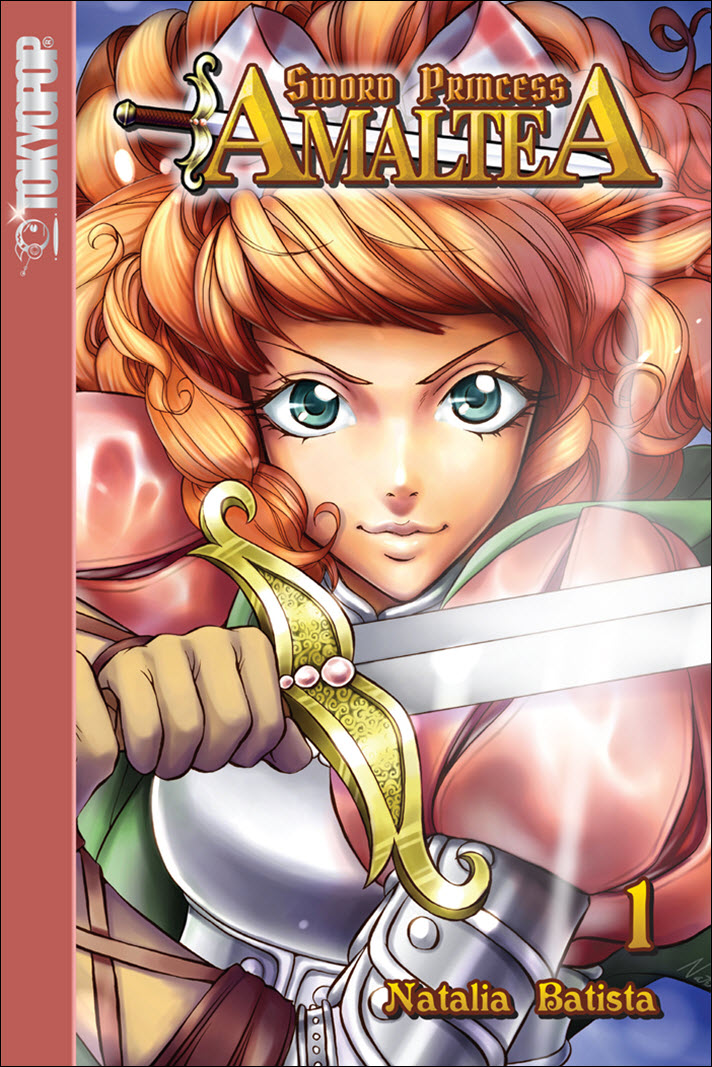 “Right when I started making the stories, the whole Lord of the Rings phenomenon was in the peak of it,” Batista says, “so I was thinking, why can we come up with fantasy stories that are like dragons and mythical creatures, but we can’t come up with a story with women as the ruling gender? That to me was a bit perplexing.”

What she was able to find, she says, is only “a small niche” subset of manga content, “sadly mostly patriarchal societies in the fantasy genre.”

New to the States, her book has been known in Sweden for some years before #MeToo and #TimesUp consciousness arrived as the force it is today in American culture.

In addition, Batista talks with Kenneally about how the US market has lagged in moving past fan art, the artistic counterpart to fan fiction. In many European settings, a show or con will limit how much fan art can be displayed, by means of encouraging more original work for the marketplace.

“What I saw at Anime Expo was a lot of great talent, wonderful artists,” she tells Kenneally, “nd when I came up to them and I asked, do you have original works, comics, and they said, yeah, sure.

“That’s the answer I got.  And I get a little bit sad about this, because I want to see the original works.” 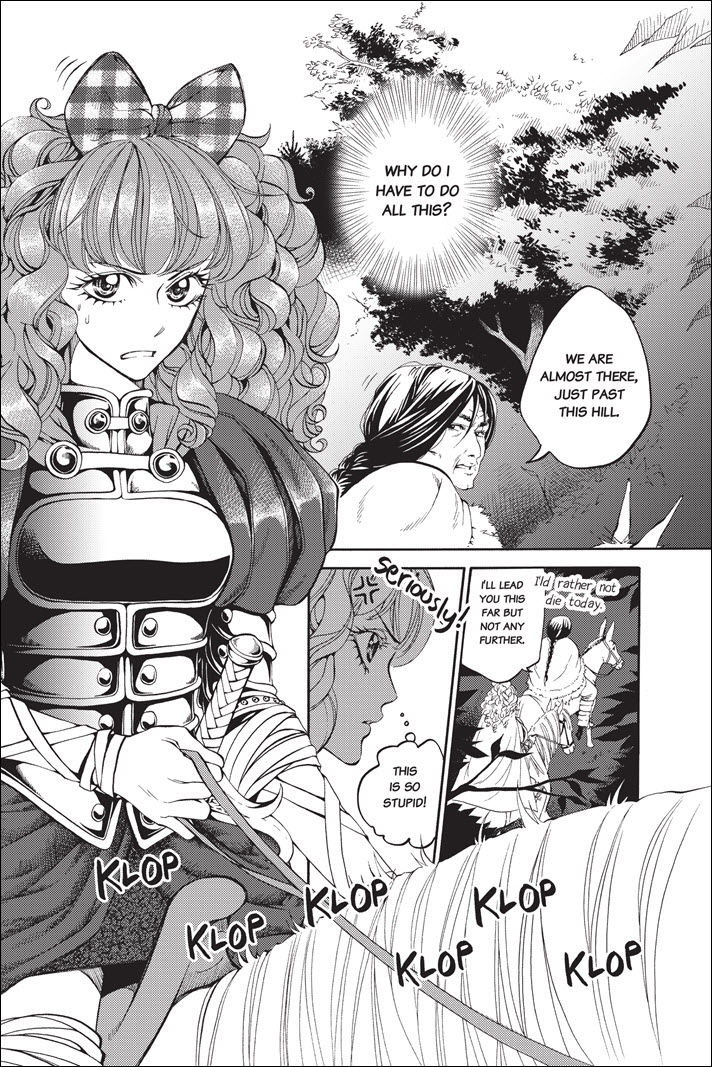 The full interview with Natalia Batista will be available Monday at the Beyond the Book podcast site, with host Chris Kenneally.

More from Publishing Perspectives about Beyond the Book is here.