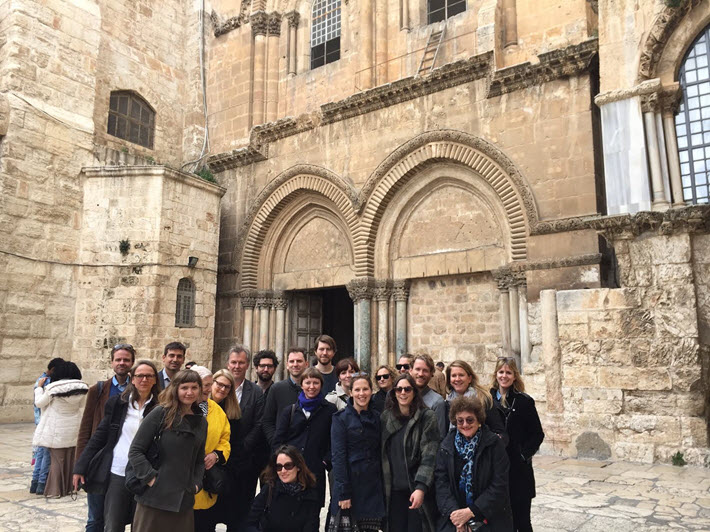 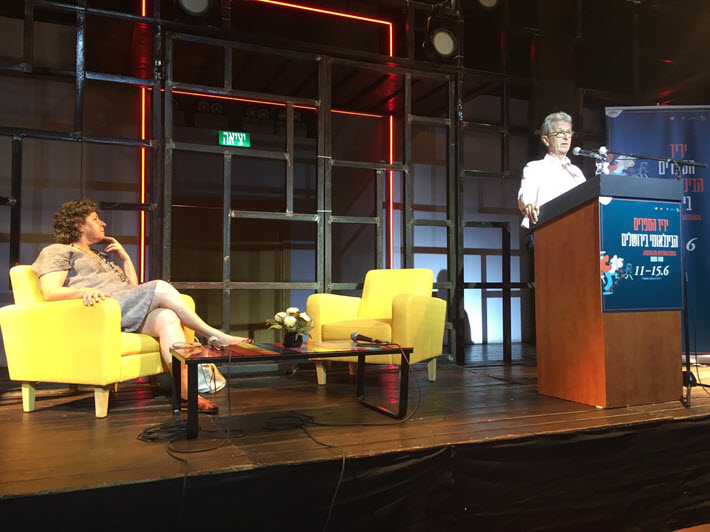 Literary agent Andrew Nurnberg speaks at the 2017 Jerusalem International Book Fair on the history of the role of agencies in publishing. Looking on is agent Deborah Harris. Image: Esther Margolis

The Biennial ‘Fair’ Becomes a ‘Forum’

Originally established 55 years ago in 1963, the event has had 28 iterations in the past, and will in its 29th edition next year, evolve from a convention-hall based format to a more dynamic “forum” context. The new evocation utilizes multiple locations in Jerusalem to stage fresh collaborative events for—and featuring—publishing professionals alongside the city’s International Writers Festival at Mishkenot Sha’aninim.

The newly devised Jerusalem International Book Forum (JIBF) is set for May 12 to 15, and registration information now is live on the event’s new site.

As in the past, the program will open with the presentation of the Jerusalem Prize by the mayor of Jerusalem. (The election of a new mayor is set for October 30. Nir Barkat moves to national politics after concluding his second term in the office.)

The Jerusalem Prize was established in 1963 to honor authors whose bodies of work assert an essential component of the democratic construct, “the freedom of the individual in society.” Previous laureates make up a riveting roster of literary icons including:

The 2019 laureate, to be announced early next year, is expected to give an address during the opening ceremony.

In a prepared statement issued today to the news media. the Jerusalem International Book Forum’s director, Yoel Makov, and production coordinator, Sharon Katz, are quoted, saying, “Supported by the mayor and the Municipality of Jerusalem, the Ministry of Culture, Israeli publishers, and by many loyal and committed friends and contributors, we are proud to announce a new JIBF—not a ‘book fair’ as usually constituted with publishers’ stands, but as a ‘forum’ centered around the experience and practice of publishing professionals.

“The new JIBF will serve as both a workshop and a meeting ground for discussing challenges, exchanging ideas, and sharing insights and experience, and as a social gathering, recognizing that the bonds and connections between people are among our most valuable resources.” 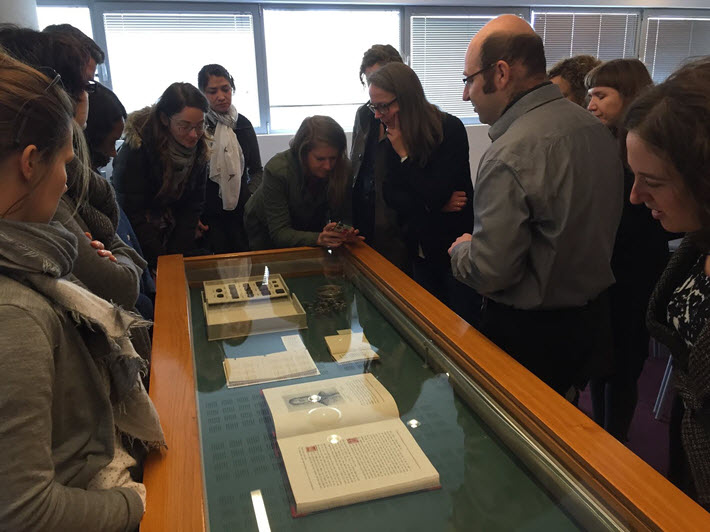 In another dimension of the Forum’s evolved conceptualization, 2019 will see the start of a collaborative program with the International Writers Festival, which is to run May 12 to 16, concomitantly with the Forum. (The writers festival site is set for the 2018 iteration of the event and will be updated as 2019 programming is readied.)

The expectation for the collaboration, say Forum organizers, is that attendees will engage in professional sessions parallel with literary events, featuring “leading international authors taking part at beautiful locations” in the city of Jerusalem.

The coming together of the authors’ community of the festival with the publishing of the community is an apt reflection of the new driver behind the Forum concept. As the organization’s media messaging is describing this today, “The heart of the new JIBF is a program of events including panels, discussion groups, interviews, presentations and informal gatherings in which new fellows, alumni fellows, and members of the Israeli and international publishing community can engage in a free exchange of ideas with their colleagues and enjoy networking opportunities in the same friendly, open atmosphere that has become the signature characteristic of the JIBF.”

Participants in the Zev Birger Editorial Fellows program in 2017 in Old City Jerusalem. This year, the reconstituted Jerusalem International Book Forum will carry on the tradition of the fellowship with 35 new members. Image: Esther Margolis

The widely recognized Zev Birger Editorial Fellowship program will continue as before, building on its reputation as an industry leader in providing a week-long seminar which focuses on significant issues of interest to the international publishing community. Sponsored by Holtzbrinck Publishing Group since its 1985 inception. Later this year, a new group of 35 editors, literary agents and scouts will be chosen for the 2019 evocation of the fellowship program, which has welcomed more than 550 participants in the past from 40 nations. 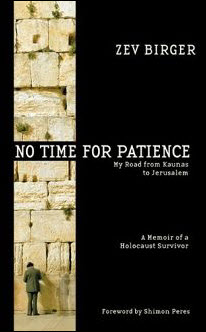 As many of the Zev Birger fellows have risen to senior career positions in the publishing industry and often return to the Book Fair/Forum as alumni, Penguin Random House has established housing stipends for returning fellows, and the program has a longtime tradition of networking for all who want to stay in touch.

The dates of the Zev Birger Editorial Fellowship in the spring are May 10 to 16, with the Book Forum as the centerpiece of the week.

Applications for participation in May’s fellowship now are being accepted and can be submitted here. The deadline for submissions is September 30.

The late Zev Birger (1926-2011)–who many of us knew first for his work at the helm of ICM’s Paris office–managed the Jerusalem International Book Fair until his death, and is honored today for securing the event’s place on the world map of significant literary events. His No Time for Patience: My Road from Kaunas to Jerusalem – A Memoir of a Holocaust Survivor (HarperCollins/Newmarket Press) was published in 1999 with a foreword by Shimon Peres.

The Team in Place

As planning for the Jerusalem International Book Forum goes forward, it may be useful for those familiar with its work in the past to know who is engaged in developing the new concept.

More from Publishing Perspectives on the Jerusalem event in its earlier “Book Fair” incarnation is here.