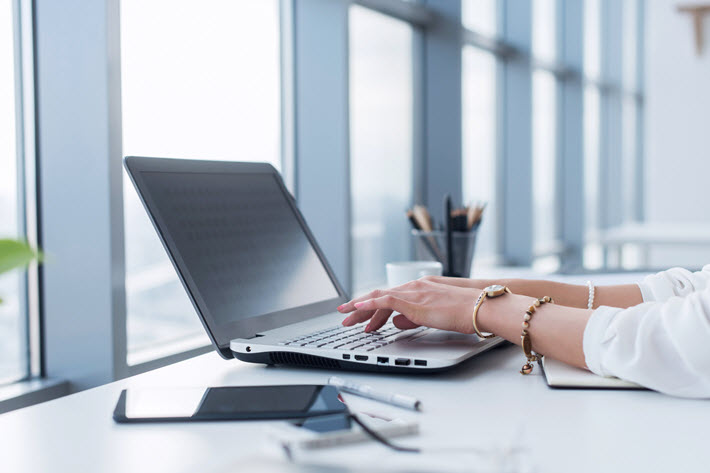 Despite questions about its accuracy, a new report from the ALCS offers insight into the question how much do writers earn in the UK? And publishers are speaking up.

The UK’s Authors’ Licensing and Collecting Society (ALCS) released on Wednesday (June 27) a study called Authors’ Earnings 2018: A Survey of UK Writers which offers a look at how much writers in the UK earn. The bad news was that earnings from writing appear to have fallen by 15 percent since 2013, when the ALCS last conducted this survey, and by 42 percent since 2005.

The survey was made for ALCS by CREATe and is based on the responses of more than 5,500 “writers working in a range of fields.” ALCS reports that it more than doubled the number of respondents to this voluntary survey.

As distilled by the Society of Authors, the key takeaways of the newly reported research include these:

The Society of Authors does note that particularly on the last point about a growing gender gap, “We are reluctant … to comment on it until we see a detailed breakdown of the figures, which ALCS will release in the autumn. We do not know how the figures compare across age and genre and whether this is a true like-for-like comparison.”

There is a wide disparity between what the survey has found writers earn and what some organizations have defined as a living wage. The survey says that UK writers earn an average of £10,500 annually. The Joseph Rowntree Foundation in the UK defined the 2017 Minimum Income Standard in the UK as £17,900 (US$20,231). 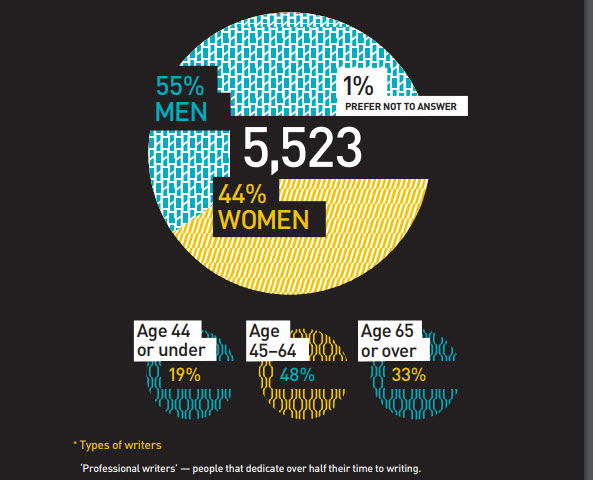 This is a key issue for writers, the ALCS and the Society of Authors, as they all have a stake in how feasible it may be for a writer to make her or his living on writing.

From the study: “In 2005, 40 percent of professional writers earned their income solely from writing. In 2017, that figure had fallen to 13.7 percent. This reflects the fact that due to their declining earnings, the majority of professional writers now need to have ‘portfolio’ careers, supplementing  their writing income with other activities such as teaching.

“While the incomes of all writers continue to fall,” the study’s report goes on, “the creative industries in the UK—now valued at £92 billion (US$120.5 billion)—are growing at twice the rate of the UK economy as a whole, calling urgently into question the extent to which writers’ significant contribution to those industries is properly valued.”

It’s on this implied assumption—that writers of books, for example, might be owed full-time levels of revenue by publishers or other entities—that some objection has arisen on social media.

Sam Missingham, for example, the creator of Lounge Marketing and formerly with HarperCollins UK and The Bookseller, has, since the release of the ALCS report, led a discussion around whether the publishing industry owes authors a living.

Reminder: publishers take a financial risk on every author, their responsibility is to publish your book and give it the very best opportunity for success. They are not responsible for you earning a living. If your publisher can't find an audience and make money out of your books

The debate may be interesting to follow, not least because the economics of writing books can be different from other creative careers:

If you sell a work of art via a gallery the gallery typically take 50 percent. If publishers took 50 percent of book sales I'd make around £8 per hardback of £16. I actually get £1.60. I find writing students do not know and imagine they will make a fortune, so it's useful info.

‘Figures Unrecognizable to the Majority of Publishers’

Questions about assumptions, expectations, realities, and the report’s methodology aside, it is interesting to see yet another indicator, even an imperfect one, describe an aggregate shift toward waning compensation for writing.

“If we are to have a genuinely constructive conversation about this issue then we need a much sounder evidence base.”Stephen Lotinga

In a prepared statement, Tony Bradman, who chairs the ALCS board, is quoted, saying,

“The results of this third ALCS survey into author earnings confirm what most writers know only too well—that incomes continue to decline, and that it is harder than ever to make a living as a professional writer.

“Given the enormous contribution that the work of UK writers makes to the success of our world-leading creative industries, the ALCS research calls starkly into question the extent to which we value that work. Without writers, our country and our culture would be poorer in every imaginable way and so we must ensure that we give writers as favorable an environment in which to make a living as possible.”

And while that £10,500 figure is for what the survey classifies as professional writers (“who spend more than half their time writing”), The Bookseller’s Katherine Cowdrey points out that in this iteration of the survey, we’re not told how many of the respondents place themselves into that category. And in voluntary-response surveys of this type, the results are dependent on who steps forward and what information is offered.

The Publishers Association’s CEO, Stephen Lotinga, has been among those speaking to the arrival of the survey, standing up for publishers who do, probably inevitably, tend to take it on the chin when survey results of this kind are presented.

“Publishers value authors enormously and their entire businesses are dependent on supporting them,” Lotinga says to Cowdrey at The Bookseller. And he looks, as many might, to the question of a voluntary survey with difficult-to-discern levels of writer activity represented and self-reported.

“These figures will be unrecognizable to the majority of publishers as they just do not reflect the investments they are making in creative talent. If we are to have a genuinely constructive conversation about this issue then we need a much sounder evidence base,” he says.

“We would welcome engagement with the Authors’ Licensing and Collecting Society and the Society of Authors on the survey and the wider issues it raises, as it’s vital publishers are included in this important discussion.”

That sounds like an offer to be taken up quickly by the Society of Authors and the ALCS. If the publishers and authors’ organizations can work together to assess where things are, we might all learn more and be able to better chart paths forward.