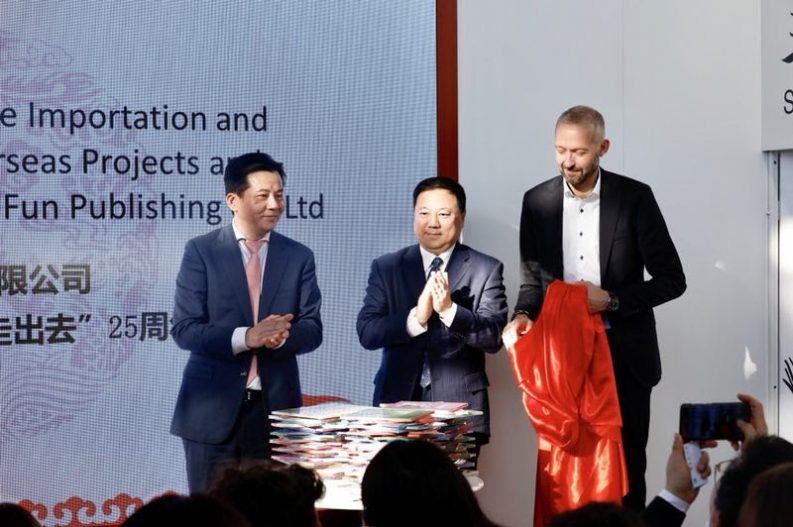 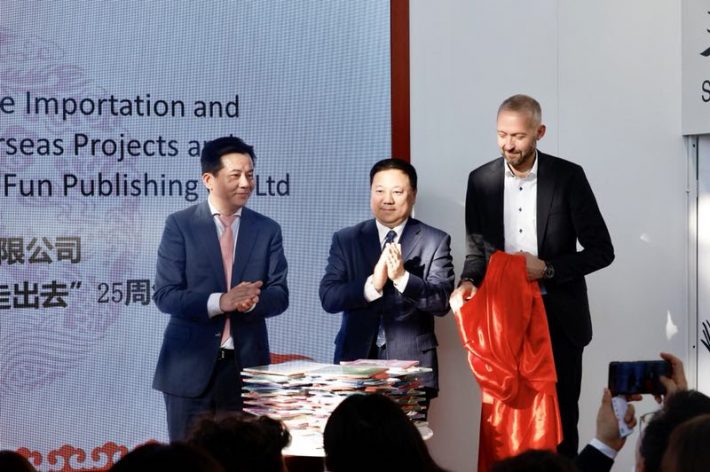 On March 26th, Chinese publisher Children’s Fun Publishing Co., Ltd held an event at the 2018 Bologna Book Fair—where China was Guest of Honor—to celebrate the 25th anniversary of the company, its international projects, and its “Going Global” mission.

China Fun Publishing is a joint venture between the Egmont Group in Denmark and Posts & Telecom Press in China. The first project was an issue of Mickey Mouse magazine that introduced Chinese children to this internationally recognized character.

In 2012, Jackal and Wolf by Shen Shixi and An Unusual Princess by Wu Meizhen were published simultaneously in eight European countries during the London Book Fair when China was the guest of honor.

China Fun Publishing is committed to exporting Chinese literature abroad, and aims to introduce more readers around the world to Chinese culture. This year, works such as A Hundred Birds Worship Phoenix, Lotus Fairy, and 24 Solar Terms Experienced by a Bean were released and translated into several different languages.

In the last 25 years, Children’s Fun Publishing has brought foreign children’s publications from all over the world to China Now, it is committed to helping Chinese books “go global” and raising its influence in the international market.