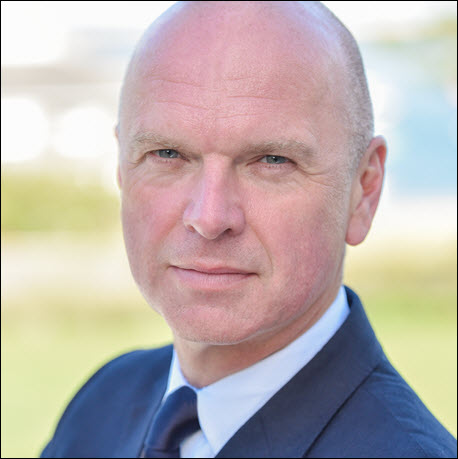 Cengage Unlimited will launch later this year, giving users full access to its 20,000 digital titles. The price? Much less than the average student spends on textbooks each year.

From the Cengage Learning website, Cengage Unlimited will launch in Summer 2018.

Cengage’s New ‘All You Can Learn’ Model

In a major change to how it does business, Cengage—the largest US-based higher-education publisher—has announced that it’s transitioning its consumer sales to a total-inventory, unlimited-subscription format: Cengage Unlimited.

Later this year, this model will offer students digital access to more than 20,000 titles in 70 disciplines, comprising more than 675 courses, for a cost of US$119.99 per semester.

Cengage Unlimited, as it’s called, will also allow students to rent print copies of their content without charge, if they like, paying only for the shipping and returning those copies at the end of the rental term. On the digital side, once a subscription period ends, the student can store up to six course ebooks in his or her digital locker and access them for up to a year at no further cost.

“We’re going to start selling it in August of this year,” says Michael E. Hansen, Cengage CEO, in an interview from his offices with Publishing Perspectives. Cengage is now in the process of briefing faculty members and campus officials to prepare them for this sea change in how the work is delivered.

Already, Hansen says, there are signs of a “quite an amazing network effect” coming together in some campus settings.

In some cases, he says, faculty members across disciplines are exploring chances to save students money.

“We see individual faculty members saying, ‘Let me talk to my colleague’—not even in the same department but sitting five doors down. ‘I’m a chemistry professor, he’s a history professor. Let’s see if we could team up and do this together.'”

“This is potential department-wide adoption and institution-wide adoption,” he says. “We expect that to happen as part of this grassroots effort, rather than the top-down approach.”

While Hansen concedes that there are still some questions about how Cengage’s subscription model will be received, the concept is important and so is the timing. “We thought about this, obviously, very carefully” he says, “and we believe that there’s a first-mover advantage. We believe we can take market share from competitors because the combination of the quality of our content and this affordability is so compelling.”

The ability to gain market share, as Hansen is quick to say, depends as much Cengage’s content as on the business model. “The key difference is that we have the depth and the breadth of content. We can credibly say that we can fulfill all the content needs you have. In theory, you could get all you need for US$179 a year” or $119.99 per semester.

“That compares to the roughly US$579 they’re paying now, stitching together all kinds of content, waiting, delaying decisions, doing rentals, doing all kinds of stuff, which is a very unpleasant process for the student.”

From a Cengage Unlimited infographic about the new subscription approach

‘Our Relationship With the End-User’

“We believe that there’s a first-mover advantage” to Cengage Unlimited. “We believe we can take market share from competitors because the combination of the quality of our content and this affordability is so compelling.”Michael E. Hansen

Getting to the point where Cengage could launch an unlimited subscription took some four years, says Hansen.

“And it’s a two-pronged approach. On the one hand, you have to have high-quality content in all the relevant courses of a college career. Coupled with that, we now have one simple, clean price point. That combination, we believe, is the winning one.”

Cengage will also keep a close eye on what happens when serendipity and discovery start to kick in, as students and faculty members have access to the full range of Cengage content.

Authors of Cengage material, Hansen says, could well benefit in their usage-based payments as students and instructors explore more subjects and information they can find on offer.

“In the old days,” he says, “a student might think, ‘I’m interested in psychology,'” but buying a textbook to test out that interest could be cost-prohibitive. “This way, a student can download a book, peruse, figure out if there’s something there that intrigues them, and then either put it back on the ‘shelf,’ or keep it, all at absolutely no additional cost.

There may also be an uptake among “lifetime learning” subscribers—adults with the leisure time to explore subjects they’d never have considered in the past.

“We want them to explore. It changes our relationship with the end-user, whether an adult learner or a student in college.”

A Cengage Unlimited subscription will be available to anyone, encyclopedic in its depth and allure to the curious. “We worked with our authors carefully,” Hansen says, “to be sure we’re living up to the letter of our contracts with them.” 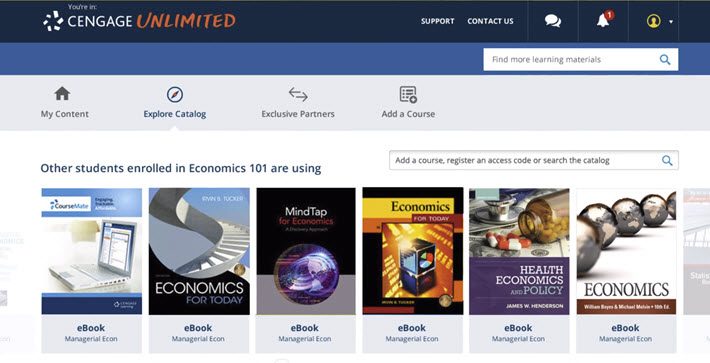 From a Cengage Unlimited dashboard view

To ‘Fine-Tune Our Ability To Deliver’

“In an election year, why would we wait for two or three years to update” relevant texts? “This way, we can be a lot more flexible as to when the content gets updated.”Michael E. Hansen

A part of the effect on the company, Hansen says, will come from usage data and feedback Cengage collects from its subscribers. By following the trends and interests of its users, Cengage can begin to target the development of content more accurately according to what’s actually wanted.

One hope is hope is that usage statistics and user data will help streamline the process of updating and expanding the content offering.

Cengage Unlimited was presented to the company’s sales team in a major assembly last autumn in San Antonio.

“I’m not in the business of getting standing ovations,” Hansen says with a laugh. “But at this last sales conference when we announced it in Texas, the reaction was, ‘This is bloody brilliant. This solves the price objection, it just solves it.’

“Our sales force is extremely excited. And the only reactions we’re getting from faculty, to be honest, are hugely encouraging.”