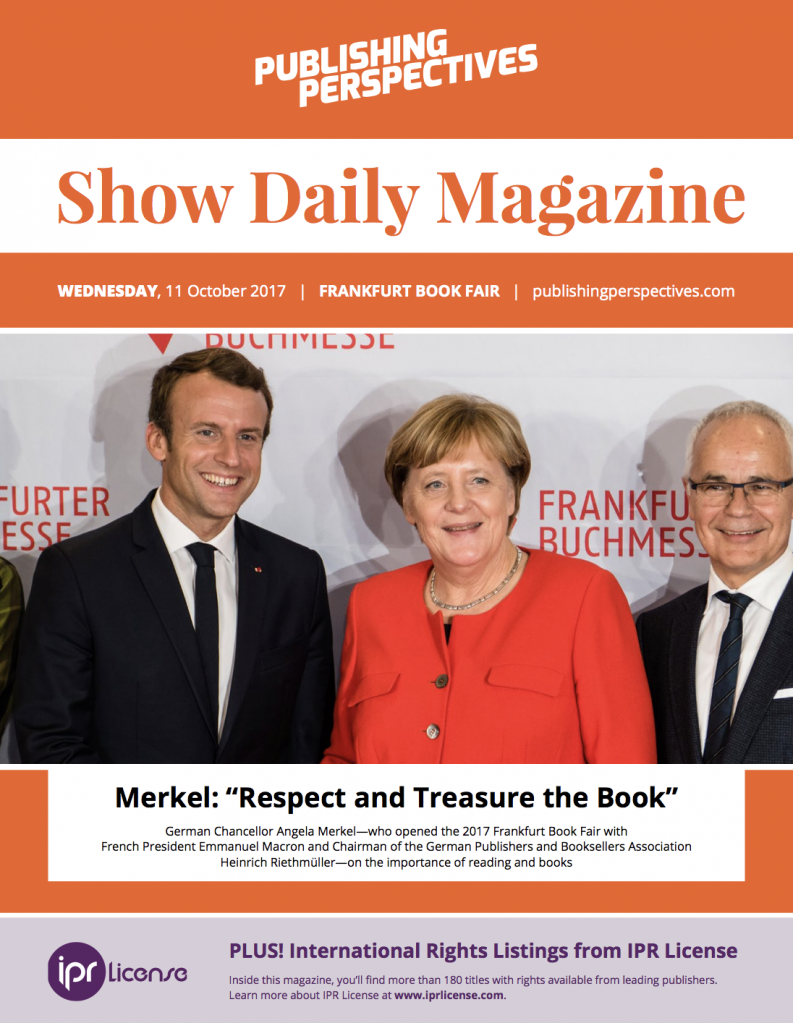 The Frankfurt Book Fair, opened this year by German Chancellor Angela Merkel and French President Emmanuel Macron, also kicked off discussions of women in publishing and the role of books in an era of fake news. 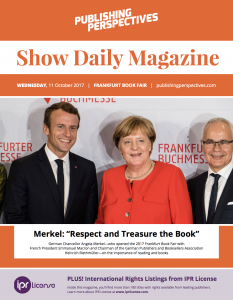 Conference and meetings kicked off yesterday ahead of the official opening of the 2017 Frankfurt Book Fair. Before the opening ceremony with German Chancellor Angela Merkel and French President Emmanuel Macron, The Markets conference included conversations about women in publishing and the role of publishing in politically challenging times.

The opening press conference addressed similar themes. Heinrich Riethmüller of the German Publishers and Booksellers Association stressed that books and publishing are more important than ever in this era of political uncertainty and fake news. Frankfurt Book Fair director Juergen Boos added that freedom of speech and freedom to publish should be upheld, even when the ideas expressed are unpopular.

At the Frankfurt Rights Meeting, Storytel presented another example of the booming audiobook market, not only in terms of sales but also in terms of rights opportunities. And the Literary Agents & Scouts Center (LitAg) was buzzing as more agents make the move from hotel meetings to the LitAg on the Fair Tuesday.

To read more, download our Wednesday Show Daily from the 2017 Frankfurt Book Fair: