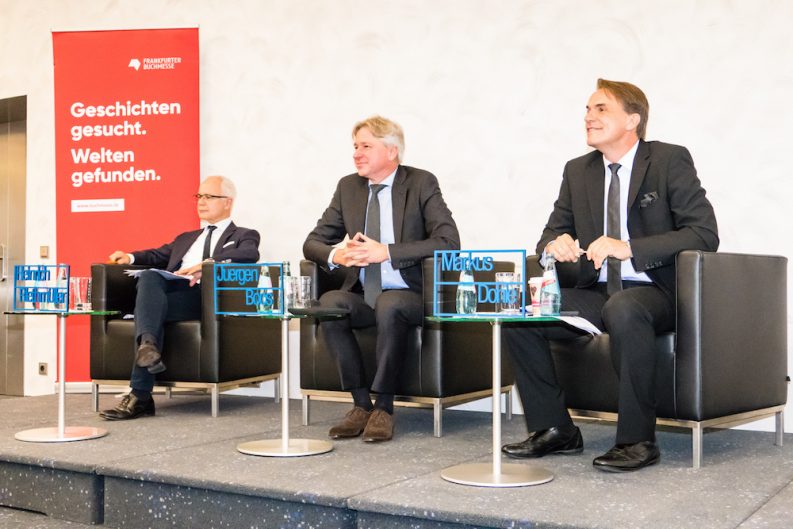 Speakers at the opening press conference of the 2017 Frankfurt Book Fair stressed the importance of book publishing and freedom to publish, as well as the need to focus on tomorrow’s readers. 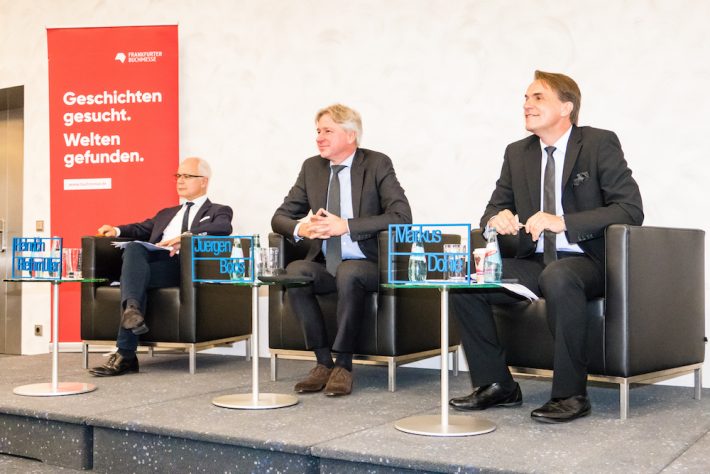 A powerful rallying cry to the global book trade was issued by Heinrich Riethmüller, chairman of the German Publishers and Booksellers Association at the Frankfurt Book Fair’s opening press conference. He said this was the time the book industry had to make a stand—it was its mission and its social duty.

“In the face of increasing social tensions, political uncertainty, and fake news, publishers and bookstores function as guarantors of common understanding, reliable information, and a diversity of opinion … this is the book industry’s hour.”

He also had specific issues that he is calling on both the German federal government and the appropriate European Union bodies to address. He is seeking adequate remuneration for publishers when works are copied or lent out by libraries, and he is urging the German legislature to “reintroduce publisher participation in the disbursements of collecting societies in Germany even without EU law.”

Similarly, changes on copyright law that lift the requirement of educational institutions to pay a license fee to publishers for certain material will render publishers’ licensing business “unprofitable,” he argued. He is proposing a central online licensing platform and is urging the federal government to commit itself to such a project.

Penguin Random House CEO Markus Dohle was optimistic about the global book industry, pointing out the rise in literacy across the planet, which is creating tomorrow’s readers. But he warned all publishers that “the fundamental challenge of digital transformation is not about business-to-business, it’s about business-to-consumer, to the reader. Publishers must become more reader-centric. We need a new approach to marketing books, to create a demand.”

He believes the telling and consuming of stories will continue “because it is written into our DNA,” and he pointed out that the audiobook boom is the modern version of tales being told around the campfire.

Frankfurt Book Fair director Juergen Boos used the occasion to reiterate the Fair’s belief in free speech. “Some have asked us to get rid of certain exhibitors, but we cannot exclude anyone. An idea will not go away when you ban it. Our role is to come up with better stories.”

He attacked “the new tribalism” that is afoot in parts of the globe and said the spread of fake news—“news that isn’t based on evidence”—is an “erosion of our democracy.” The Frankfurt Book Fair stands as a rebuttal to such tendencies.