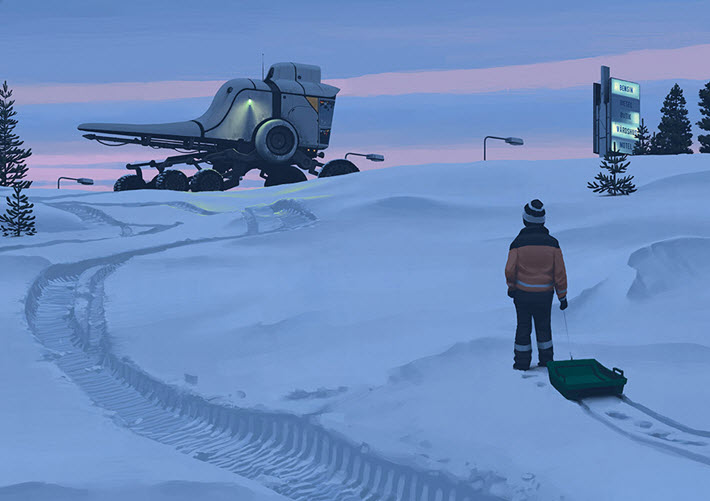 Brisk springtime rights trading is reported from Scandinavia, with nonfiction hits as well as fiction highlighted in Denmark, Iceland, Sweden, and Norway. 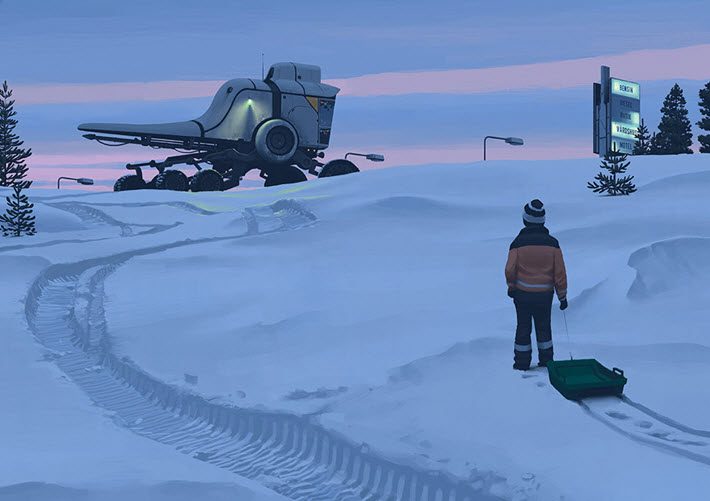 Sci-fi in the suburbs: Simon Stålenhag’s illustrated ‘Tales from the Loop’ (‘Ur varselklotet’) mixes “socially realistic backgrounds” with fantasy, based on a childhood in Stockholm’s archipelago. Image: Fria Ligan

Crime Drama Has Given Way to More Genres

Book markets in the Nordic countries have much more to offer than their infamous crime novels. Publishing Perspectives asked a selection of literary agents about what trends they see from Nordic authors this spring, many of which were reflected at London Book Fair.

Copenhagen Literary Agency‘s senior agent Esthi Kunz tells us that she sensed a lot of optimism in the market at London Book Fair.

“First of all, narrative nonfiction is a very strong Scandinavian trend,” Kunz says. “These books are engaging and entertaining, while staying serious and authentic.

“Second, we’ve seen quite a few authors present novels and stories about love, marriages and relationships—often complicated. Most often, these have concentrated on modern relationships, but actually the same theme occurs in less contemporary stories.

“A distinctive example of this is Danish writer Ida Jessen’s Doctor Bagge’s Anagrams (Gyldendal, 2017), in which she has an early 19th century doctor describe his marriage. In her 2015 novel A Change in Time, Jessen told the story of the same marriage, only through the words of the woman.”

Kunz proposed at London that publishers consider publishing these books back-to-back and found a lot of interest in the idea.

“Finally, autobiographical writing maintains a strong presence. It can be very obvious and explicit, or it can be present only as a distant echo. We haven’t yet seen the last books taking an autobiographic perspective.”

In London, Kunz had an offer for another novel, Sanne Bjerg’s The Book of Mistakes (Fejltagelsernes Bog), from the Czech publisher Dombrovský.

Some of the popularity of autobiographical work is reflected in Danish author Merete Pryds Helle’s Human Beauty (Folkets Skønhed), a family chronicle following young Marie from her growing up on a small island in mid-20th-century Scandinavia. 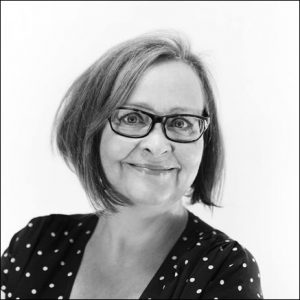 In addition, Guldberg has returned from London’s International Rights Center talking about Corpse Flower (Ligbomsten) by Anne Mette Hancock. Guldberg has sold the Norwegian rights to Vigmostad og Bjørke in an auction, she says. 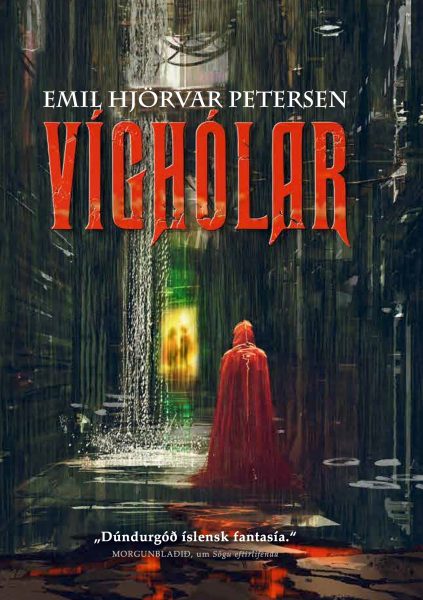 “The Shroud has been incredibly well-received in Iceland. It’s critically acclaimed and the TV-rights have been sold to Sagafilm, a leading film and television producer in Iceland.”

And it’s Petersen’s book, he says, that drew the most interest earlier this month at London Book Fair. 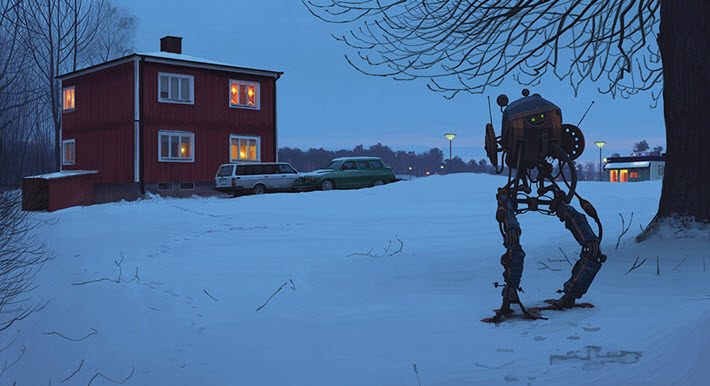 Another illustration from Simon Stålenhag’s ‘Tales from the Loop’ (‘Ur varselklotet’). Image: Fria Ligan 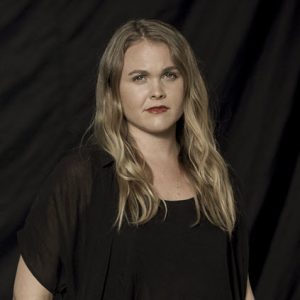 Based on titles that agents took to London Book Fair earlier this month, Nordic writers also seem to be exploring mashups of form, not just genre.

CEO and literary agent Julia Angelin at Stockholm’s Salomonsson Agency told us tells us how much she looks forward to presenting Simon Stålenhag’s illustrated work Tales from the Loop (Ur varselklotet).

She calls the book—as well as its predecessor Things from the Flood (Flodskörden)—extraordinary. 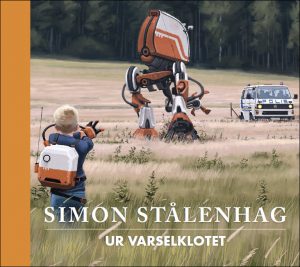 “Simon Stålenhag uses socially realistic backgrounds with sci-fi elements,” Angelin says, “combining it with nostalgic texts in order to tell the story of his own childhood in Stockholm’s archipelago.

“Through old Volvos, strange machinery, and robots, the author reaches out to the reader who recognizes some things and is fascinated by others.

“Simon has very devoted fans, and his books were heavily supported on Kickstarter. The film rights to both his books have already been sold to Fox in the US.” 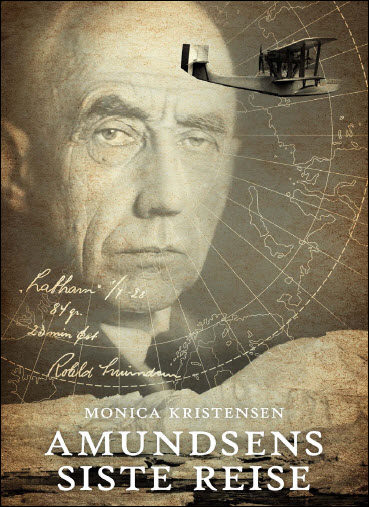 A contract for a Russian edition, she tells Publishing Perspectives, has been signed with Paulsen Publishers, and Høier sees more action developing on this one. She says interest was very strong at London.

The book tells the story of the disappearance of Amundsen and the rest of his team during their last mission in 1928.

Another Norwegian, Kaja Melsom, has written a work of narrative nonfiction called Bloody Freedom. Senior agent Åsfrid Hegdal talks about this one, saying, “Philosopher Kaja Melsom suggests that the more freedom we strive to get and the more choices we have, the more unfree we become: if we have lots of spare time, we get more stressed out. The more we focus on romance and sex, the more we struggle with our relationships. 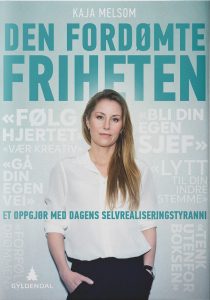 “In this book, Melsom shows through examples from our daily life, how our misconceptions  about freedom lead to ‘unfreedom’ and anxiety. Bloody Freedom provides useful tools to get to the bottom of a problem of our time. The big question here is: What do we do when what was supposed to be the ultimate bliss—maximum freedom of choice—leads only to anxiety and doubt?”

Hegdal adds that Melsom’s book appeals to readers who like to read Denmark’s Svend Brinkmann (Stand Firm) and Americans Brené Brown (The Power of Vulnerability), and Rebecca Solnit.

Another example of that autobiographical trend in Scandinavian work is James Franco Spits When He Talks, written by debut author Erik Eikehaug. The novel follows young Kenneth who, growing up in small-town Norway in the 1990s, struggles with his family and his sexual identity. Twenty years later, he’s studying creative writing in New York City.