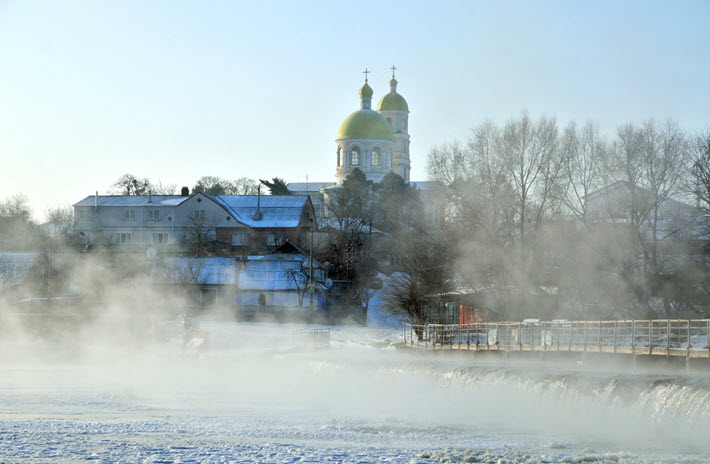 With Russian books accounting for up to 60 percent of its market, Ukraine’s ban on those titles is alarming the country’s publishers and booksellers. 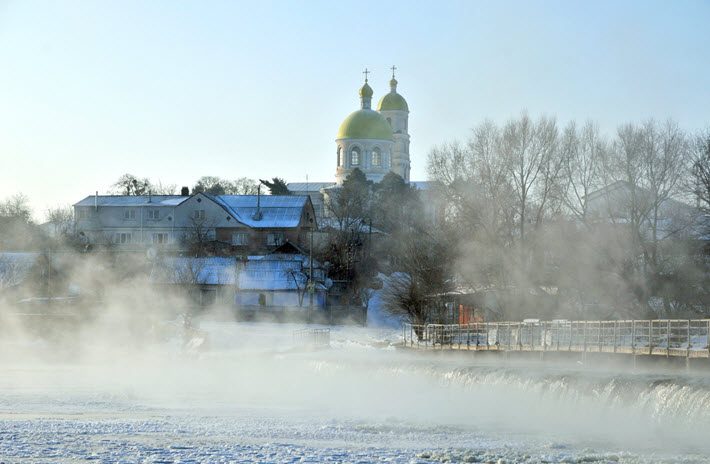 The River Ros in Ukraine, where publishing players say the market could soon be awash in contraband Russian books. Image – iStockphoto: Petrova Liliya

Last month, Ukraine reported the worst shelling in a year in its nearly three-year conflict with pro-Russian insurgents, according to some reports. And as Kiev goes through with its ban on Russian literature, the publishing industry feels the squeeze. —Porter Anderson

A Sudden Dearth of New Titles

As Publishing Perspectives wrote in September, the Ukrainian parliament (Verkhovna Rada) has for some time weighed the idea of carrying out an expanded ban on book imports from Russia.

“The average cost of translation is in the range of US$3,000 to $5,000 per book…too expensive for Ukrainian publishers, taking into account that most books will sell no more than 2,000 copies.”Ivan Stepurin

Now, that ban has been imposed and will remain in place until at least until April 1, according to news reports confirmed by Alexander Afonin, head of the Ukrainian Association of Publishers and Booksellers.

The parliament’s decision to enact the ban has been criticized by Ukrainian publishers and book industry analysts.

Afonin tells Publishing Perspectives that the introduction of the ban will mean a sudden shortage of books in the Ukrainian market.

He says that Ukrainian book importers have begun to terminate or suspend their agreements with Russian distributors and supply partners. But the inventories of Ukrainian bookstores and publishing houses generally run only about a month ahead of the market.

In addition to book shortages, the ban may result in a significant increase of black-market titles in Ukraine.

In December 2016, Ukraine’s president Petro Poroshenko signed an order restricting the access of “anti-Ukrainian content” from Russia. That regulation has been approved by the Ukrainian parliament and has been in enforced, at least in part, since the start of the year.

According to Afonin, Kiev has provided no compensation for the industry’s loss of salable inventory from Russia, and increasing domestic production of books isn’t an option because Ukrainian publishers are financially unable to do more.

‘Too Expensive for Ukrainian Publishers’

“The average cost of translation is in the range of US$3,000 to $5,000 per book,” Stepurin says. “This is too expensive for Ukrainian publishers, taking into account that most books will sell no more than 2,000 copies.

“With translation and rights costs so high, the ban will result in a shortage of books in various sectors of the market—especially in educational literature, world classics, where the local publishers’ impact has always been slight.”

Russian books account for some 55 to 60 percent of sales in the Ukrainian market, the association estimates, so the potential for serious disruption is clear. Prior to the ban, Russian import unit sales have totaled some 100,000 copies per year in Ukraine.

Ivan Bogdan, CEO of Yakaboo.ua, Ukraine’s largest online book retailer, says that even before the ban’s implementation, booksellers and importers have repeatedly called on the government to suspend the regulation’s adoption.

Bogdan tells Publishing Perspectives, “Today we have a total ban, rather than well-designed restrictions. That means that the state budget is suffering losses” along with the publishing industry, “because of the lack of tax receipts from book importers.

“And the market may be flooded with contraband within weeks.”