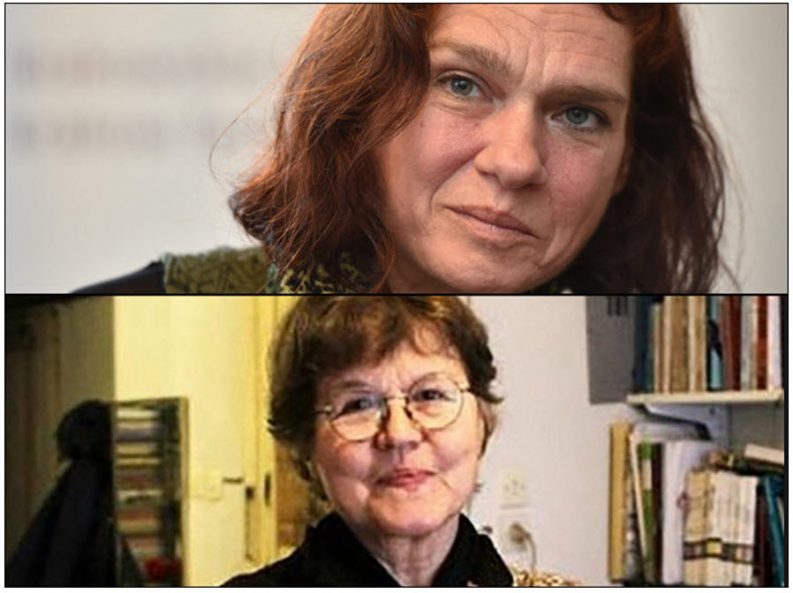 Amid reports of continued incarceration of novelist Aslı Erdoğan and translator Necmiye Alpay, the IPA, FEP, and EIBF issue a joint demand for their unconditional release from Turkish detention. The unconditional release of Aslı Erdoğan (top) and Necmiye Alpay is called for in a joint statement from IPA, FEP, and EIBF at Strasbourg. Images: PEN America and PEN International

Cleared on One Count But Still Detained

Following its condemnation of Turkish censorship since the failed July coup attempt—and most recently of what it characterizes as “the de-facto closure” of publishing house Evrensel Basim Yayin—the International Publishers Association (IPA) has joined with the European and International Booksellers Federation (EIBF) and the Federation of European Publishers (FEP) in calling for the unconditional release of translator Necmiye Alpay and novelist Aslı Erdoğan.

The statement extends its call for freedom for “all prisoners of conscience” who have been jailed in Turkey—according to the IPA’s article—”solely for exercising their fundamental human right of freedom of expression.”

The trigger for this latest statement involves reports, some conflicting, of what IPA describes as the “re-arrest” of Alpay and Erdoğan on Wednesday (November 23), on charges of “membership [in] a terrorist organization.”

In some contrast to this characterization of events, reports including those of Bianet and Hurriyet Daily News describe this as a continuation of detention, which began for Erdoğan on August 19 and Alpay on August 31. Apparently, an Istanbul court has cleared the pair of “disrupting unity of the state and integrity of the country”—in Bianet’s translation—but their detention continues on charges of membership in an “illegal” organization.

As Agence France-Presse (AFP) writes it, the confusion comes from early reports that the Istanbul court had ordered the women’s release from the Bakirköy women’s prison. But Erdoğan’s attorney, Erdal Dogan, clarified to AFP that the court “also ordered they remain in pre-trial detention on separate charges of membership [in] a banned terror organization and thus ‘their arrest continues.'”

As the AFP story notes, “They were taken into custody in August as part of a probe into the now shut-down pro-Kurdish newspaper Ozgur Gundem on charges of links to the outlawed Kurdistan Workers’ Party (PKK). The Turkish authorities accuse Ozgur Gundem of acting as a mouthpiece for the PKK, which is considered a terrorist organization by Turkey, the European Union, and the United States.”

Regional reports indicate that a trial is set for December 29 in Ankara.

The crux of the three organization’s statement is a demand that Turkey must “drop all charges against both women and release them unconditionally.”

As international criticism of Turkey’s handling of writers and others mounts, the three organizations are extending their own actions to “urging the European Union institutions to take a robust stance on the matter by insisting that the Turkish government free all prisoners of conscience.”

This new call originates with the November 24 General Assembly of the FEP seated at Strasbourg. It’s summarized in a joint news release (PDF).

AFP’s report, written by Fulya Ozerkan, points out that the Platform for Independent Journalism now counts “145 journalists behind bars in Turkey, which is ranked 151st of 180 countries in the 2016 World Press Freedom Index published by Reporters Without Borders.”