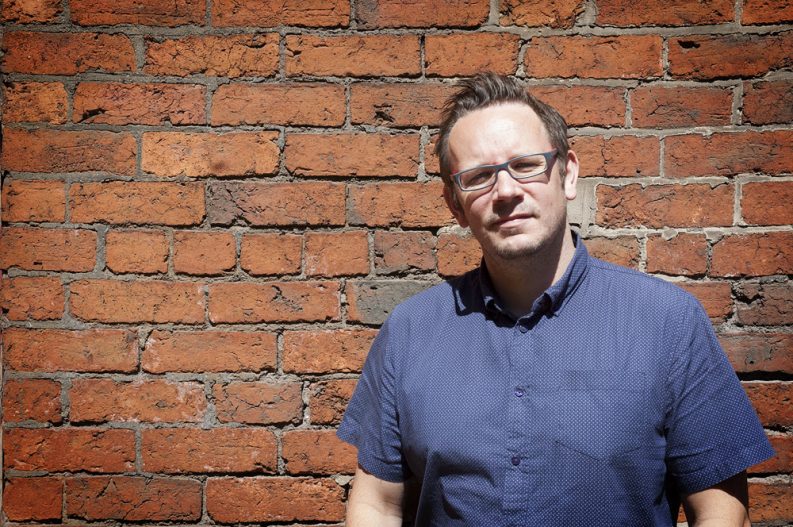 ‘I’m not afraid to ask questions,’ says Meze Publishing’s Phil Turner, whose line of pre-sold cookbooks has found traction in the aisles of Waterstones and other UK bookstores. Phil Turner: ‘It seems there’s an accepted way of doing things that doesn’t work for a lot of publishers.’

The Rising Stars program is a project conceived and run by The Bookseller in association with Frankfurt Book Fair. It recognizes emerging leadership in the UK publishing industry. Publishing Perspectives’ series of interviews with members of the class of 2016 continues today with Phil Turner, whose independent Meze Publishing company produces cookbooks for members of the culinary community—who pay for them. —Porter Anderson

‘Lack of Experience Is a Strength and a Weakness’

He’s brought with him a willingness to challenge established industry practices, and an interest in experimenting with new types of business models.

Meze publishes cookbooks. In one case, it offers chefs a way to have their own bespoke books produced, and here is that offer’s description. In the case of its regional cookbooks, instead of relying on revenues from sales, the company pre-sells copies of the titles to the chefs and restaurants referred to in the books. In this way, Meze covers its costs on each title, prior to publication. Meze’s Kerre Chen describes that regional-cookbook offer this way:

“The book is essentially crowdfunded in the sense that everyone who contributes to the book buys a chapter. We offer different chapter sizes to suit different budgets.

“We appoint our writers, photographers, designers and printers to produce a book that will truly reflect your food and business.

“All contributors have the opportunity to make their money back plus a profit through selling the books which are included in all packages.

“The books are also backed by a PR campaign which goes out to media platforms with the support of an in-house PR specialist.”

The success of Meze’s first regional title, the The Sheffield Cook Book, has prompted editions related to 14 other locales including Cheshire, Cambridgeshire, and Newcastle.

Bringing an outsider’s eye to the industry, Turner doesn’t hide his frustrations at what he sees as an unwillingness to experiment in certain parts of the trade–“There’s a lack of entrepreneurial spirit in some of these organizations,” he says. He seems, however, to be happy enough if that opens up a niche for Meze.

Publishing Perspectives: How long you’ve been working in publishing, and what brought you to the book industry for a career? Phil Turner: I set up my first publishing company in 2003 with two friends from university. We were 26, pretty young and naïve but had a good idea for a business and were basically pretty bloody-minded.

We launched Exposed Magazine, an entertainment and listings guide in Sheffield that still runs today. It was hard work, we did everything ourselves, from selling the ad space to writing the articles, compiling the listings and even distributing it.

But after about nine months to a year it had started to establish itself and the company grew–slowly at first–but then in 2013 I met Paul Cocker, a cookbook designer, through my business partner Nick Hallam. He’d been working for another publisher and wanted to start his own thing, but we quickly realized we could both bring something to the plate—no pun intended—and Meze Publishing was born.

PT: Getting Exposed Magazine off the ground was really, really hard work. We basically worked all day and evening and on the odd occasion I had a night off, I went to work in a bar making pizzas to earn some money to pay the bills, but it was incredibly rewarding.

“I get incredibly frustrated when a buyer tells me he won’t buy my book because essentially it’s too much hassle.”Phil Turner

Launching Meze was a different kind of challenge. I had the safety net of a successful business to fall back on, but cookbook publishing and free magazines are quite different–certainly in terms of how you reach your reader. One is free, one is paid for. So learning that side of the industry, pretty much from scratch, was a challenge, but also really rewarding.

It was about a year before we published our first book, The Sheffield Cook Book. But because of the way our business model works—we effectively pre-sell copies to the restaurants, delis, farm shops we feature in the books—we knew we had something that would make money.

That said, the sales that we managed through retailers, especially Waterstones, totally eclipsed what we expected, and we knew we had a product that people really liked. We’ve now published 15 versions from Suffolk to Manchester and Bristol to Newcastle. So I think in a way I’m as proud of what we’ve done with Meze as I was in getting Exposed off the ground. PT: I think I like a challenge–I don’t expect things to come to me easily–and I’m not afraid to ask questions and do things differently.

I’m still learning about the “traditional” publishing industry, but it seems there’s an accepted way of doing things that doesn’t work for a lot of publishers. So I’m not prepared to toe the line just because everyone else does. I also like to think that I’m quite a nice person to work for but my staff might disagree.

PT: Lack of experience is a strength and a weakness.

You naturally make your own way because you don’t know any better, but you make a lot of mistakes along the way doing it. I’m also a bit impulsive which means you sometimes get halfway into something and realize actually, you shouldn’t be where you are. It’s then awkward to go back.

PP: Where do you want your career to be in five years?

PT: I want our regional series of cookbooks to collectively be the best-selling cookery titles on the market. PT: I just think that too many retailers are making safe decisions based on spreadsheets and what’s easy for them to do. There’s a lack of entrepreneurial spirit in some of these organizations—certainly at buying level—and they’re missing out on some awesome content which would make them money.

There are lots of good people, don’t get me wrong, but having always worked in a small business or run my own business, I get incredibly frustrated when a buyer tells me he won’t buy my book because essentially it’s too much hassle.

PP: Meze has a  different business model from that of most publishers—the contributors share the cost and revenues. What can more traditional publishers learn from you?

PT: I kind of want them not to learn anything from me, to be honest. I like the fact we have a bit of a niche!