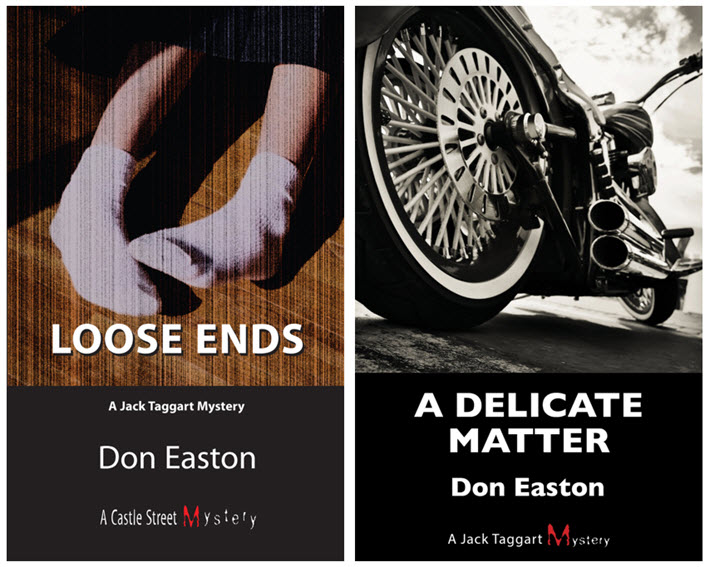 To promote Don Easton’s latest book, Dundurn Press is releasing one of his previous titles—on Wattpad. Will new readers for an old book become buyers of the new one? Our Publishing Perspectives Talks series at Frankfurt Book Fair’s Business Club on Wednesday, October 19 at 10 a.m. will feature Ashleigh Gardner, head of partnerships for Canada’s Wattpad Studios. The focus of our conversation will be publishers’ explorations of this unique international platform that sees 90 percent of its audience’s activity occurring on mobile devices. Today, an example of one Canadian publisher’s test. — Porter Anderson

‘Fans From Around the World’

Toronto-based Dundurn Press is serializing and releasing a 2005 backlist novel by author Don Easton on Wattpad.

Loose Ends, Easton’s first book in the Jack Taggart mystery series, appears on Wattpad in advance of the release of Easton’s 10th book, A Delicate Matter, which is due out October 1.

As Publishing Perspectives has covered, Wattpad has formalized a suite of ways in which publishers can attempt to leverage its 45-million user audience, largely through its Brand Stories program.

We spoke with Dundurn publicist Michelle Melski and author Easton, a former undercover Mountie, about the collaboration.

It’s the first time, Melski says, that Dundurn has made an entire book available free of charge to readers. If the goal is to keep readers coming back for more, Dundurn has made a logical choice in showcasing Easton: the prolific author has just delivered to Dundurn the manuscript for his 11th book in the Taggart series, which he expects will be out next year.

‘Feedback on a Book in Real Time’

Publishing Perspectives: Whose idea was it to serialize a backlist novel—the author’s or the publisher’s? Michelle Melski: We approached Don Easton about the project, but he immediately jumped on the idea. Since the 10th book in the series is about to come out, A Delicate Matter, we wanted to do something to mark the occasion and to introduce the Jack Taggart mystery series to new readers.

Loose Ends first came out in 2005, so there are some mystery fans out there that were too young to read it then. We want them to see it now.

PP: Who owns the rights to Loose Ends? Is it still Dundurn’s book?

MM: Dundurn holds the rights to Loose Ends. It may seem counter-intuitive to give a book away free, but the exposure on Wattpad is well worth it. And the book will only be up there for a limited time, so if you’re interested, you should start reading now!

PP: The chapters are up on Wattpad in Don’s name. So Dundurn doesn’t have a Wattpad profile?

MM: Yes, Don is adding all of the chapters himself. This way he can get to know his readers and respond to their comments. It’s also an interesting experience to have an author get feedback on a book in real time, as someone is reading it.

The “big bad” from Loose Ends returns in A Delicate Matter. We knew that would factor in the publicity of the book, so this serialization is a way to remind readers just how bad this character is.

We reached out to Wattpad before starting this project and they’ve been very supportive.

‘I’m Truly Amazed at the Response’ Don Easton: I’ve never really experimented with Wattpad before and it was a prompt from Dundurn, suggesting I put my first novel on the site, five chapters at a time, until complete. It’s hoped that readers will then purchase the rest of the series.

So far, I’m truly amazed at the response I’ve been getting. After the first week I was pleased to have 400 notifications of people reading my first five chapters. Two weeks later that figure grew to over 3,000 and continues to expand rapidly. Wow!

PP: It’s unusual for a publisher to experiment this way with Wattpad. Is this the first time Dundurn has taken this route? Are other publishers doing this?

MM: We always encourage our authors to consider using Wattpad as a promotional tool and have posted chapters of books there before, but this is the first time we’re serializing an entire book. Everyone here is excited about the project and we can’t wait to see what we learn at the end of it. It’s easy to get stuck in a routine when promoting a series, so it’s nice to shake things up and experiment with different marketing plans.

I see other Canadian publishers experimenting with Wattpad. Wattpad is based in Toronto, we like to support our own.

PP: As an author, can you describe the Wattpad experience? What is it like to get that kind of real-time feedback from readers?

DE: I have my own Web site and am used to receiving some feedback from fans, but Wattpad is generating 100 times more. I’m now corresponding with fans from around the world, whereas with my own site, most of my fans were based in North America.

I think one of the reasons I’m getting much more feedback from Wattpad than from my own website is that Wattpad is easy to use.

For readers to be able to comment after each chapter is also valuable to me as a writer—to get a feel for what’s popular or not popular with readers about what and how I write.

For more on Wattpad and companies’ use of it in consumer outreach—what works and what doesn’t—join us at Frankfurt’s Business Club Stage on October 19 at 10 a.m.