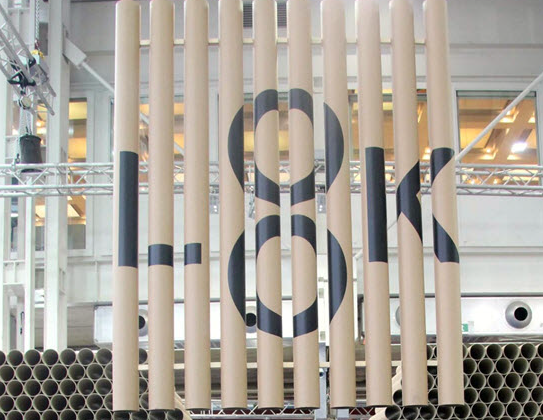 The entrance to Germany’s Guest of Honor illustration exhibition at Bologna Children’s Book Fair was festooned with the program’s title: ‘Look!’ Image: BCBF 2016

This year’s German Book Office (GBO) Editors’ Trip to Germany has children’s books as its theme. The inspiration for this is  Germany’s participation at the Bologna Children’s Book Fair in April as Guest of Honor. Germany “has so much to offer in the arena of children’s books,” Stock says.

“And so we chose the children’s book as our overall theme of this year’s Editors’ Trip in order to take advantage of its current visibility in the industry. We want to assist international editors in building a network with German publishers in order to learn about the German children’s book market.”

Stock has announced the eight editors from English-language markets (Canada, the UK, New Zealand, and the US) who have been selected for the program, which runs June 26 to July 1:

The intent of the Editors’ Trip is to facilitate networking between international editors and publishers and German publishing houses, informing the participants on current trends, books, and ideas in the German children’s book industry.

The participants, accompanied by Stock, will start in in Hamburg, with visits to several publishing houses including Oetinger and Aladin Verlag.

The trip’s next stop will be Frankfurt, where participants will pay a visit to S. Fischer Verlag and take part in discussions at Haus des Buches. Other stops on the trip will be Arena Verlag in Würzburg and Loewe in Bindlach.

The German Book Office New York (GBO) was founded in 1998 as a non-profit organization as one of four foreign offices of the Frankfurt Book Fair. The intent of the GBO’s programming is to connect American publishers to German rights managers, editors, translators and readers. The annual Editors’ Trip is one of the projects of the GBO, which also supports and promotes translations of German literature through publications including the biannual New Books in German and the GBO Rights List.

The GBO is one of the partner organizations of the annual Festival Neue Literatur, and organizes other literary events and workshops, as well. It also promotes new books in translation with its “Book of the Month” selection, as well as through BookExpo America and liaisons between the US and German publishing industries.

The GBO is funded by the German Foreign Office on a by-project basis.

Be sure to register by August 31 for one of three six-day memberships in Frankfurt Book Fair’s (#FBM16) Business Club. More information is here.

It’s also time to secure your seat at Frankfurt’s The Markets: Global Publishing Summit (#TheMarkets2016) on October 18 at the Business Club, with seven market regions spotlighted in deep detail, featuring special networking opportunities to explore for your books, content and services.