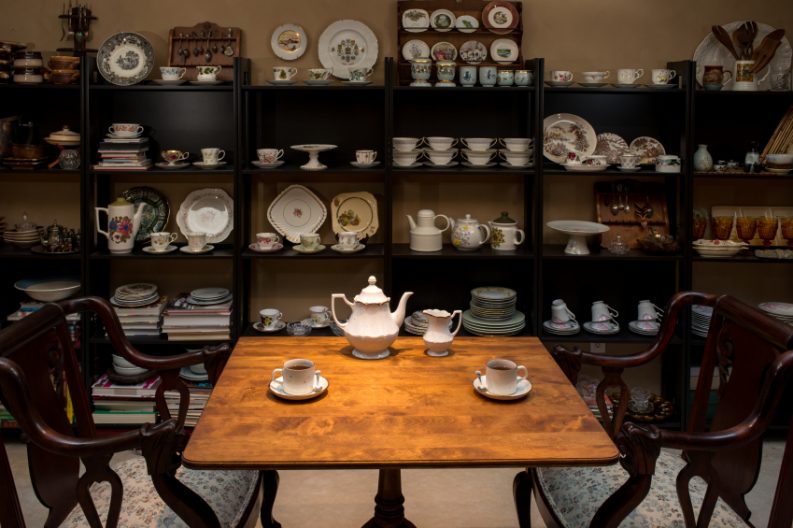 ‘Publishing is now multi-format: success in one format should not be seen as a victory over the other format.’ But are we ready yet to hear such wisdom around the UK Publishers Association’s report? ‘A Settling Down Rather Than a Reversal’ of Digital Reading

Among many reactions to the annual report issued this month called the Statistics Yearbook from the United Kingdom’s Publishers Association, this was one of my favorites, as quoted in one of The Bookseller Editor Philip Jones’ commentary pieces on the report:

The “suggestion that the physical book is doomed can now definitively be refuted as we trade less neurotically in a more stable, multi-format world.”

The speaker there is Joanna Prior, outgoing President of the Publishers Association and Managing Director of Penguin General, in the introduction to the report. (The incoming President of the PA is Stephen Barr, President of SAGE International, while Stephen Lotinga has taken over as Chief Executive. Busy times at the PA.)

The news of the Yearbook’s arrival was lightly reported outside of the UK, muted in part because it arrived—as did just about everything else that might trigger a press release—during the same week as BookExpo America (BEA) was slogging through its Chicago outing. The publishing industry annually confuses “springtime” with a train wreck of colliding and overlapping events and programs. This ensures that no one’s news is adequately reported and no round of information is correctly appreciated. Information exhaustion is yet another sturdy tradition in the book business that no one seems to have the fortitude yet to rethink.

Nevertheless, rethinking is what’s warranted in the light of the PA’s new numbers and its upbeat spin on them. It’s not about the association’s good work: it’s about what we want to see that work mean.

In its press release, headlined “Strong Year for UK Publishing Industry as It Grows to £4.4 Billion,” several “highlights of the research” performed by the association were listed this way:

In finer print at the bottom of the release, a cluster of “Notes To Editors” gave us to understand that:

So the confetti is flying for a 0.4-percent rise in physical and a 1.6-percent decline in digital.

For more nuance, let’s look at The Bookseller’s report from the dependable Benedicte Page. Her explication of the bigger picture appeared first in Friday’s (the 13th!) print edition and then online. The banner news as played there is that the UK’s industry as a whole “edged up by 1 percent in value in 2015.” That’s good news, indeed, if not, again, a jaw-dropping number. Going in the right direction is certainly to be had, and the uber-take on this in Page’s report was “PA Yearbook Heralds a Return to Growth.” This cheer is based in the fact that the PA’s 2014 report had delivered news of flat sales, Page reminds us, and a 2-percent drop in 2013. So, naturally, 1-percent growth looks pretty good for 2015.

It’s in these paragraphs from Page that we get some welcome insight into that up-ness and down-ness of print vs. digital:

Physical book sales saw a marginal year on year rise overall (+0.4%), with an export decline of just over 3% offset by the strong UK market (+3.4%).

But digital revenues were a mixed bag. There was plenty of growth: the overall figure for digital books and electronic journal subscriptions was very healthy, with a 3% rise year on year, to £1.3bn. Schools showed they were continuing to make a digital shift, with figures up 23% from a small base to £16m. In English-Language Training (ELT), digital book sales were up 35% (to £15m), and in academic and professional books the rise was 4%, to £262m.

Surely four-tenths of one percent for physical book sales is “marginal,” as rises go.

And that 1.6-percent overall decline in digital becomes a lot more interesting when we learn from Page that “the overall growth for digital books and electronic journal subscriptions was very healthy.” Say what? Didn’t we get from the highlighted suggestions that digital was tumbling into the swamp? Well, no, actually, in Page’s able hands the reality turns out to be a 3-percent rise, year over year, to £1.3 billion. That, coupled with 23-percent gains in digital usage in schools and those English-Language Training digital book sales going up 35 percent sounds awfully healthy for this idea of digital tanking, doesn’t it? Remember that audio was up 29 percent, too, a hearty gain.

So where is the downturn for digital?—it’s in the invoiced value of consumer ebooks. There, Page tells us, the UK saw an 11-percent drop in 2015 from 2014. Volume-wise, Page reports, The Bookseller’s own Review of 2015, published in January, had detected a much lesser downturn of 2.4 percent. And what this may well mean is that ebook pricing was down.

And here’s some helpful discussion that the partisans of print, in particular, are likely to overlook. Page draws this directly from Lotinga, the new CEO of the PA, not from some outside critic. I’m taking the liberty of bolding the pertinent bits: Stephen Lotinga said the breakdown of consumer physical and ebook consumption showed people were “comfortable with a multiformat approach to reading”, and represented “a settling down rather than a reversal” of digital reading.

His members’ observations had been that consumer ebook sales dipped in relation to the popularity of specific genres in 2015, such as print-friendly coloring books or the giftable Ladybird titles, he noted. PA president Joanna Prior, MD of Penguin General, endorsed the view, saying in her foreword to the yearbook that the print upswing and consumer ebook drop “are too small . . . for us to make any claims for big shifts in consumer behaviour or make predictions for what lies ahead.”

So That Phrase ‘Print Resurgence’?

It falls to Jones, as always, to come along and try to inject much-needed balance in how we interpret the outlines of the PA’s good report.

In his second thinker on the report, Ebooks: A Twist in the Tale, he’s doing his best tightrope dancing. His is a medium that must speak both to the forward-teched believers all suited up in their tinfoil and to the holdouts who want so much to be told that digital was just a bad dream and that we shall approach our colonies on Mars provisioned with a little food and lots of reams of paper.

This is not an easy task, which is reflected in Jones’ lead: “If the book market made sense it wouldn’t be so much fun.” “The tone set by the report is upbeat,” Jones writes, just as we’ve pointed out, and he notes the big-big picture which shows that traditional publishing has not “fallen off a cliff.”

Digital has not killed the radio star, and dire predictions of the trade’s demise simply have been wrong:

“A net loss but not a huge one, and more than made up by growth in export sales over the same period. In total UK publishers generated sales of £3.3bn in 2015, a nudge ahead of 2009’s pre-digital figure of £3.2bn.”

The trade has moved forward, not backward. It’s time for the independent parts of the industry to think about co-existence, not battles.

More importantly, however, Jones is looking at the hopes and fears that seem to greet reports such as this one. He’s staring right at those who want so deeply to see the wheels fall off of digital:

“While the bigger numbers are all up, there’s a significant bit of the business that is irritatingly down. For those who haven’t been paying attention these past few years: that would be the digital bit. Or as we sometimes call it, the future .”

Jones is getting at the hardest part of this emotion-wracked transition for many to accept—everywhere, not just in the UK: we need to cheer on both digital and print. We need to listen to people like Lotinga and Prior of the Publishers Association, who are saying that co-growth, co-progress, co-advances by digital and print factors in publishing are the real indicators of an industry that’s healthy.

If you stay with him, Jones finally brings it home: For all the buoyancy of the PA’s spin on its report, “We should not,” he writes, “pretend that overall this is not a disappointing result, and indicative of a wider malaise.” He’s talking specifically of publishers being “mollified that whatever is happening in the digital self-publishing market, it is not directly impacting their print book sales.”

He writes of “a wider, and disappointing, shift,” and he nails the bottom line this way:

“Publishing is now multi-format: success in one format should not be seen as a victory over the other format.”

The next time you find yourself jumping into a new report like the Publishers Association’s Statistics Yearbook, ask yourself if you’re looking for losers. Because what you really want to see is winners, across the board. Only winners.

That’s when the positive spin finally will be warranted.