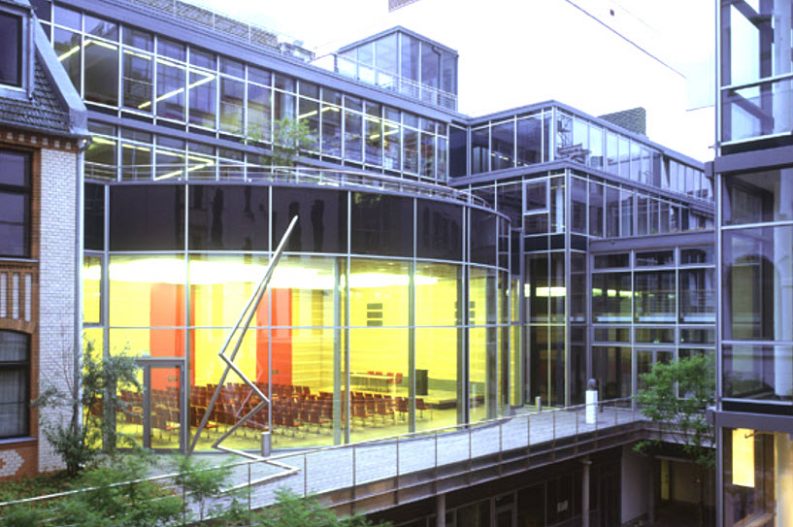 ‘Two days of intensive exchange’ are promised as Berlin’s Publishers’ Forum opens its 12th annual conference. The focus: how publishing is ‘expanding, converging, and fragmenting” — all at once. The Push and Pull of Publishing’s Future

There is in publishing, as in any profession, a fondness for team spirit, for solidarity. Who doesn’t appreciate a one-for-all-and-all-for-one camaraderie in the face of business challenges?

In the conferences and trade-show events that crowd onto publishing’s calendar at this time of year, however, there’s a quiet tension behind the networking: many of these players and leaders who come together, after all, are competing with each other.

Not for nothing, then, is the subtitle for Publishers’ Forum, which opens today (April 28) at Berlin’s DBB Forum:

“All that publishing! How the business of books expands, converges, and gets fragmented.”

Publishing today is a business struggling, in part, with over-production. (“All that publishing!”) If there is a foolproof way around, over, or through the “Wall of Content” rising at historically unprecedented speeds, it hasn’t been detected. (“Expansion.”) Nor have we yet spotted a lot of urgency for new-readership building, even faced with the competing attractions of video, gaming, film, television, music. (“Convergence.”)

You hear worried concerns more frequently these days: maybe it would be better to be selective than prolific. Should there be fewer new titles, and have them be better sold? Maybe. But how to go about that is less clear. (“Fragmentation.”)

In its 12th year under the leading sponsorship of Klopotek — its second year under the direction of industry consultant Rüdiger Wischenbart — the Forum’s focus embraces both the expansion and the fragmentation, two seemingly opposing dynamics at work in publishing today.

Devised as a collection of keynote addresses, round tables, onstage conversations and offstage workshops, the event offers engagement in both English and German. Should you have any doubt that this year’s agenda means to look adversity in the face, consider that Enders Analysis’ Douglas McCabe of London has titled his delivery of the opening keynote “Who are the Competitors to Publishers?”

Cengage Learning’s Michael E. Hansen then follows with “Growth Strategies in a Changing Market,” based in the MindTap system of platformed educational interactivity developed by his company for use in roughly a quarter, so far, of course work taught in the US university context.

After a break, the day then divides into an English and a German track.

On the English side, the first topic is “Understanding the Consumers and Measuring Success.” Here, an address from MarkLogic’s Matt Turner on “The Impact of Getting To Know Your Customer” is followed by a panel debate with Ingram’s Ruth Jones, Reuters’ Pascal Hetzscholdt, Random House Germany’s Annette Beetz, and Penguin Random House’s (UK) Laura Bijelic.

Bijelic on Friday joins Bookwire’s Jens Klingelhöfer and me in a round table on “E-Thinking Ebook Sales and Understanding the Consumers.”

Meanwhile on Thursday, the German-language track will start by looking at “The New Complexity: How Can the Publishing Business Strategically Evolve?” The sequence is led by Bastei Lübbe’s Klaus Kluge on streaming and “The Search for the Readers of Tomorrow,” followed by a panel debate with Tolino’s Birgit Hagmann, Rowohlt’s Peter Kraus vom Cleff, and Edel’s Karla Paul.

Thursday afternoon’s lead sessions on the English-language side look at “New Thinking, New Practices,” while the German-language track looks at how innovation must work to be effective.

In the former track, Bonnier’s Anki Ahmell is followed by Penguin Random House Spain’s Carmen Ospina and the UK’s Profile Books’ Andrew Franklin in a panel debate moderated by The Bookseller’s Benedicte Page.

Thursday closes with the much-awaited “fireside chat” between Wischenbart and the UAE’s Sheikha Bodour bint Sultan Al Qasimi of Sharjah. Friday’s sessions open with Wischenbart’s presentation of the findings of his 2016 Global Ebook Report, an annual eye-opening examination of the progress of the ebook format worldwide. “Implementing Digital Learning” then is the title chosen by Infinitas Learning’s Martyn Leese.

As Bijelic, Klingelhöfer and I hold our round table in English next, the German-language track will focus on an intriguing viewpoint: “More Courage and Openness: New Job Profiles in the Publishing Business.” That one features MediaCampus’ Monika Kolb-Klausch, Delius Klasing’s Nadja Kneissler, and Springer SBM’s Till Moepert.

Close on the heels of news that the World Wide Web Consortium (W3C) and International Digital Publishing Forum (IDPF) are considering merging, EDItEUR’s Graham Bell leads a round table on “Standards in Flux: Why the ‘Next’ Version Is Always the One You Should Be Using.”

In the German-language track, a forthright examination of author-publisher relations is scheduled to look at issues including compensation; rights reversions; contract security; real-time royalties information (and the question of providing it to authors)…on the whole a list of many of the issues being pressed by the Authors Guild in New York and the Society of Authors in London.

Peter Brantley of the University of California Davis Library is slated to join by video from the States in a late-day panel Friday on “Digital Transformation: Phase 02,” looking “beyond the book  of today” to “audiences, markets, platforms, regulations, and new disruptive contexts for book publishing.” Brantley convenes the annual Books in Browsers conference on just those topics, in San Francisco.

In two days, Wischenbart is attepting to bring into close proximity those in the industry whose specializations are variously described as “strategic synopsis,” “data and facts,” “digital learning opportunities” — all in what’s billed as “two days of intensive exchange.”

Follow #PF16 on Twitter and our reports here at Publishing Perspectives for updates on how it goes. Publishing Perspectives will have coverage week of Berlin’s Publishers’ Forum (April 28 and 29). The conference hashtag is #PF16.

Download a copy of our Publishing Perspectives Spring 2016 Magazine as a PDF. In All’s Rights With the Book World, we look at a raft of issues facing publishers and their associates this season and at many trends and players in the field.

If you’ll be in New York City on June 13, join us for a special Publishing Perspectives conference, Rights and Content in the Digital Age.