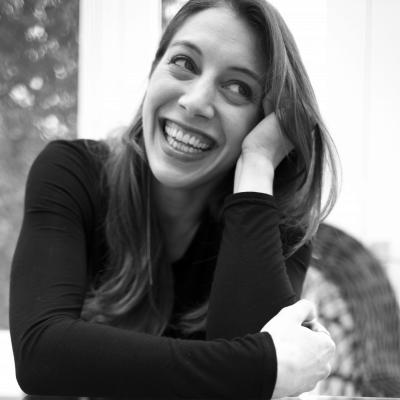 As leaders in digital publishing get ready to gather at the fifth FutureBook conference on Friday, one innovator, a Bookseller Rising Star at the Frankfurt book fair this year, is up for the digital achiever of the year award. Anna Jean Hughes is the public face of The Pigeonhole, a website and app that has been deservedly drawing attention to itself thanks to quality serialized fiction and non-fiction, great design, and timely subjects.

Co-founded by Anna Jean Hughes and Jacob Cockcroft, The Pigeonhole launched its first novel over a year ago and most recently published the sixth “stave” or installment of a series on Greece. Letters from Greece is a collection of 11 weekly dispatches by different contributors, each attempting to convey the essence of daily life in a country undergoing particularly difficult circumstances. Hughes and Cockcroft worked with Greek literary agent Evangelia Avloniti, who worked as the on-the-ground editor. Last summer The Pigeonhole ran Letters from Berlin, featuring essays by writers, filmmakers, photographers and artists based in different districts of the city, and the winter before the first in the “Letters” series was launched; Letters from Africa. Slices of life from the cities of Harare, Lagos, Cairo and Nairobi were portrayed in weekly staves. The Pigeonhole also publishes novels, non-fiction and (free) classics but the Letters series are a perfect example of the type of content that the digital serialization model lends itself to as well as appealing to a global audience, given that more than half of the world’s population now lives in towns and cities.

Because Hughes and Cockcroft, who work out of London and Berlin, believe that publishing should be thriving, it has been their mission to create a global book club, addressing how content will be read today and tomorrow in a dynamic and interactive way. Subscriptions are via micropayments for installments that can be read on computers, Kindles or an iPhone app and soon to come Android app, and readers are encouraged to discuss content with other readers and even the author.

“People are now born with hand held devices, and it’s fascinating how it’s changing our viewpoint about content,” said Hughes.

“I’m not sure that content has been pinpointed enough yet, there are specific attention spans, but one thing is for sure: we absorb more content per day than other people absorbed in a life time.”

Hughes would like to work on a “Letters” series about love. “Love from all gender perspectives, maternal love, fraternal love, lesbian love…”

The “Letters” formula, like several other Pigeonhole books “are living and breathing and don’t work as paper. But for our novels I’d love to see them in print.”

Having inverted the publishing model, The Pigeonhole hasn’t yet published any physical books but Hughes says she is looking forward to it but is waiting to meet a publisher who can produce “really beautiful books.”

The Pigeonhole was created with angel investment and is just starting to bring in revenue, says Hughes, who believes that “discoverability” and “word-of-mouth” are the keys to selling their books. They are looking to plug in content from literary agencies but would also like to create partnerships with British Airways, for example; “anywhere where people are sitting down.”

That said, Hughes admitted that many people expect free content, therefore building their brand and creating their own ecosystem is essential, in order to “get invested readers who will come back again and again.”

Read more about The Pigeonhole’s philosophy at Talking New Media.