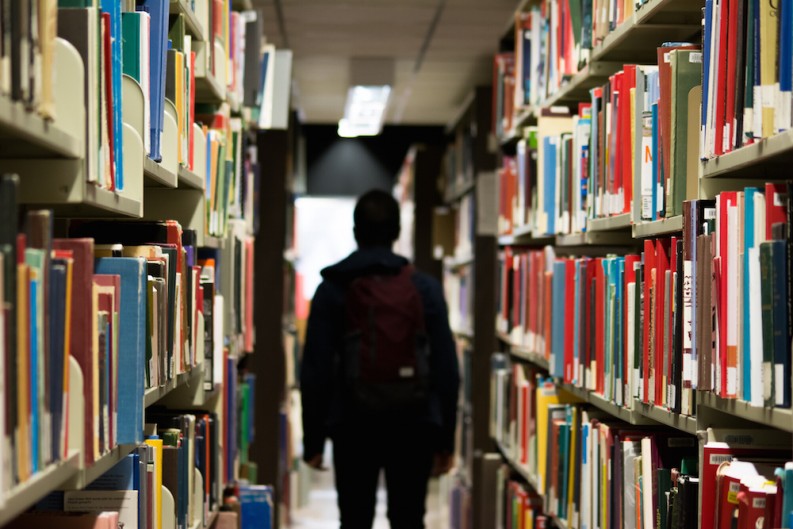 When the economic crisis was at its highest in 2011, Ávila published The Book, a Magnificent Past, a Brilliant Future for the journal Temas para el debate (Themes for Debate). Yet once again we find him returning to the same ideas with this most recent article, “Spain’s Publishing Industry: Positioned to Fight for the Future.” I deeply recommend this article, one might consider a curious hybrid between some kind of science fiction sub-genre and a map of virtual unreality.

Ávila starts by analyzing the statistics relevant to the Spanish publishing industry. According to his research, the industry is magically worth 6 billion euros and employs 110,000 people. How is that possible? In what I would call an intellectual somersault, he groups professionals from similar industries into the same single category. That is why in his analysis he mentions authors, publishers, distributors, booksellers, graphic designers, librarians, literary agents, specialists of the bibliophile market and so on all together. It would seem that only truck drivers are missing from this long list.

Let us take a closer look at the numbers. According to the 2013 Report on Internal Commerce, we find that publishing companies directly employ 12,421 people. However, this figure is openly questioned by analysts in the field. This last statistic seems to echo the current working conditions or sad state of affairs that publishing professionals encounter nowadays. Full time employees have been massively replaced by freelancers, creating fake self-employment. What is more, in return for their exclusive dedication to the book, these professionals receive extremely low salaries.

Moving forward in his analysis, Mr. Ávila uses the Herfindhal index to demonstrate that there is no concentration of publishing power in Spain. This index requires two elements to make its calculation: the number of companies involved and their market share. So, let me explain why I disagree with his conclusion. I hardly believe that he knows perfectly well the market shares of every Spanish publishing company (even if he claims it is otherwise at nearly every event or conference he attends). I do not want to argue with him over this index. On the other hand, it is pretty obvious to me that the concentration is getting higher and higher in Spain. This tendency is unlikely to change.

He also puts an emphasis on piracy and estimates the number of illegal downloads at 335 million (yet Mr. Ávila has not yet called the police!?) and to 907 million euros lost as a direct consequence of those downloads. These figures, let me tell you, were published in the report of the Coalition of Intellectual Creators, (a report harshly criticized by every respected analyst, which viewed it as far from trustworthy). I am not saying that piracy does not exist, but the problem at stake here is those very people who measure the phenomenon, how they do it and for what reason…

Every now and then, some people have criticized Trama y Texturas for its rather critical approach to the publishing industry, but they have also recognized that it hosts all kinds of reflections and discussions. This article provides further evidence that the journal not only welcomes different perspectives, but also defends the freedom of opinions and points of view.

I won’t go any further. I insist that this article is noteworthy, even though I totally disagree with the perspective he stands for and I reject its premises — all of them. Imn my view, we are dealing with a highly provocative text and this element fuels a healthy debate. I understand that it gives voice to a personal opinion and not to the general position of the FGEE. It’s just another example of an “Antonio-ism” which we known him by in certain circles in the publishing sector in Spain. Nevertheless, Asimov would himself be green with envy if he came upon such a beautiful description of parallel universes and augmented virtual reality.

A version of this article originally appeared in Trama y texturas. It was translated from the Spanish by Valentina Morotti.