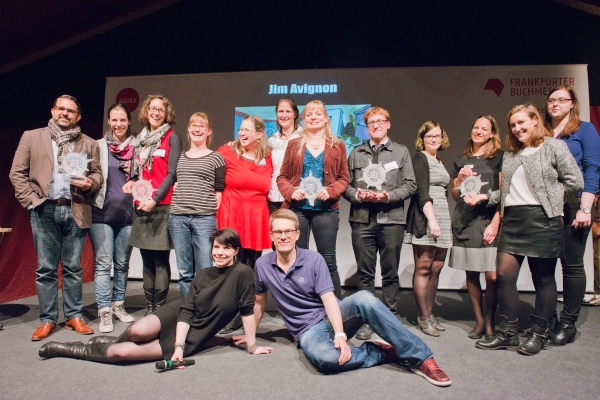 To stand out and engage the right target audience, today’s marketing campaigns need to offer more than static advertising; they need to have a truly social component. But then again, what does it take for a campaign to go viral? Sometimes a video lies in a deep slumber for quite a while, and then suddenly goes through the roof in terms of views; other campaigns go viral spot right away. Why? The honest answer: most of the time, we don’t know. And that’s where the Virenschleuderpreis comes in: its aim is to offer a public platform to showcase viral marketing campaigns in book publishing and other media; for every idea to be tried, tested and learned from. Leander Wattig, founder of the Virenschleuderpreis, said: “We’re compiling and publicizing all nominations on our homepage so that ideas can be discussed and people may learn from each other.”

Nominations are not only open to the book industry, but also to campaigns from other creative artists and the media industry in general. Categories are a) best campaign, b) best strategy, c) best idea, d) team of the year and e) personality of the year. The jury is as diverse as possible and includes, among others: Juliane Leopold (chief editor at BuzzFeed Germany), Karla Paul (Edel eBooks, Blogger), Poppy J. Anderson (bestselling self-published author) and Sascha Lobo (founder of Sobooks).

The winners of the Virenschleuderpreis 2015 are:

The jury says: “The right measure for the right medium — the Bavarian Palace Department knows how to use the possibilities of the different social networks for their content.”

Does being a social media manager mean always posting happy content, pictures of food and cats? Erin Jarosinski, the man behind the popular NeinQuarterly Twitter account, says no to that. He’s honest to the point of being mean, but his huge online following and growing influence proves him right.

The jury says: “NeinQuarterly is an icon!”

Carlsen, Piper and Ullstein hosted a virtual romance festival (read more here in our Publishing Perspectives article on this topic) across social media to connect with young adult readers and romance fans.

The jury says: “The virtual literature festival proved not only that working together across several publishing houses can be a big success, but also that the authors had a lot of heart. And: 1,000 tweets can’t be wrong!”

Digital Media Women is a networking platform for women working in social media, web and graphic design, online journalism, programming, etc. The focus of the platform is to point out what it’s like for a woman to work in a male-dominated world and to make a mark in that field of work.

The jury says: “In a short time, the Digital Media Women already achieved a lot. Although it’s a shame that a platform like this is needed, it’s even more important for them to keep doing such a great job.”

Personality of the Year: Johannes Korten and #einBuchfürKai

Johannes lives by the motto “The web is a good place – if we turn it into one.” His hashtag initiative #einbuchfürkai helped author Kai-Eric Fitzner and his family, who were in dire financial distress after Fitzner suffered from a severe stroke. Almost overnight, Fitzner’s self-published book became a bestselling title on Amazon. Many people followed Kai’s story online and become avid fans of his novel.

The jury says: “Johannes Korten has showed us what powers a kind gesture like this can unleash in the internet.”

More information on all winners can be found here (in German):