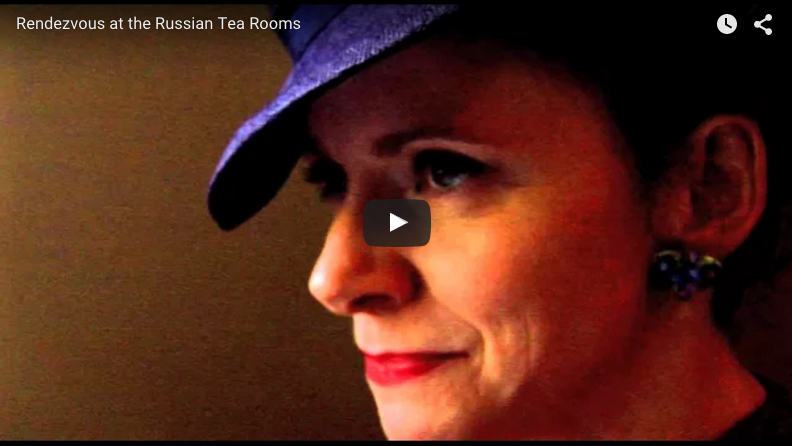 According to author Paul Willetts, making a high quality book trailer is a lot like making a movie and often as challenging. Go onto YouTube and key in the phrase “book trailer” and you’ll be confronted by page after page of short films, mostly advertising fiction aimed at children and teenagers. Until 2010 when my latest book — a non-fiction espionage saga entitled Rendezvous at the Russian Tea Rooms — was commissioned, I had no idea about the existence of book trailers. I first heard about them from my then-editor who assured me that we needed to create just such a promotional film. His unswerving belief in their commercial effectiveness led me to watch several dozen of them. Not an experience I’d recommend.

Soon afterwards, I approached a long-standing friend to see whether he’d be interested in making the suggested internet trailer. Guy Myhill, the friend in question, had directed several television documentaries as well as a short drama. He said he’d be happy to put together a trailer for me. I assumed we’d be working on the film within about eighteen months, but the process of writing the book turned out to be so protracted that my Dutch publisher twice went on maternity leave before it was completed.

During the five years that I spent researching, writing and revising my book, Guy obtained funding for a low-budget feature called The Goob, which stars the character actor Sean Harris. Guy’s film generated such excitement within the movie industry that it was premiered at the 2014 Venice and London Film Festivals. It also earned him the “Golden Hitchcock” prize, awarded to the Best British Feature of that year.

Now he’d acquired a burgeoning career and all the attendant pressures, I wondered whether Guy would have time to collaborate with me on my book trailer. Over the space of almost a year, we did, however, snatch occasional evenings and sometimes whole days when we could work together on it. At first we envisaged the trailer being constructed from archive footage, voice-overs, sound effects and so-called rostrum shots of vintage photos — techniques familiar from innumerable documentaries, notably Ken Burns’s wonderful films about the American Civil War. But I quickly came to the conclusion that Rendezvous at the Russian Tea Rooms, which blends a novelist surface with a cinematic structure, would be better served by a different brand of trailer, a brand that re-casts the material as a movie.

In the absence of either a feature film budget or a feature film from which footage could be lifted, Guy and I had to structure a series of scenes capable of conveying the book’s central story at the same time as implying that a full-length movie adaptation of that story exists. I always liked the idea of achieving the latter through certain almost subliminal tricks. These include writing fragments of dialogue that appear to have been plucked from a larger scene.

I’d worked on the big screen adaptation of my previous book, Members Only, so I’d seen how the relatively lavish end of film-making works, yet I hadn’t anticipated just how complex the task of organizing our two-minute, micro-budget trailer would be. Fortunately, I was able to draw on the assistance of several accomplished actor friends. Two of those have their own costume library, from which they kitted out the cast. Authentic and beautiful though the costumes were, Guy was keen to direct a film that didn’t look like a standard-issue costume drama. Instead, he wanted the period details to be presented in a matter-of-fact style, the emphasis being on the people and the drama rather than the clothes and set-dressing.

We ended up with about four-and-a-half hours of footage, shot in a variety of locations, such as the 1940s Experience, a charming little museum on the edge of Watford boasting a series of mocked-up wartime rooms. From that footage, Guy and I selected our favorite shots and sequences, which we assembled in a rough cut. At that point Guy brought in Matthew Harrison, a mutual friend who happens to be a brilliant editor. The two of them re-shaped the previous cut, endowing both the visuals and soundtrack with much more cinematic pace and flavor. As a trio, we then fine-tuned the whole thing to our satisfaction. While there are a few elements of it that Guy and I would have handled differently if we were starting again, I feel confident he has directed an entertaining film that lives up to all my initial hopes.

Of course there’s no way of knowing how many people will end up watching the trailer, or how many of those will buy my book. Perhaps I’m being delusional, but I have an inkling that it might even prompt some enterprising producer to expand it into a feature-length film or television drama.

Paul Willetts is the author of four acclaimed works of non-fiction, the latest of these being Rendezvous at the Russian Tea Rooms. Since making his literary debut with a biography of the Soho writer and dandy, Julian Maclaren-Ross, he also edited four much-praised collections of Maclaren-Ross’s writing. In parallel with these projects, he compiled and worked as co-photographer on Teenage Flicks, a jokey celebration of Subbuteo, featuring contributions by Will Self, Graham Taylor, David Baddiel and others. His journalism has appeared in the Independent, The Times, TLS, Spectator, Independent on Sunday and other publications.