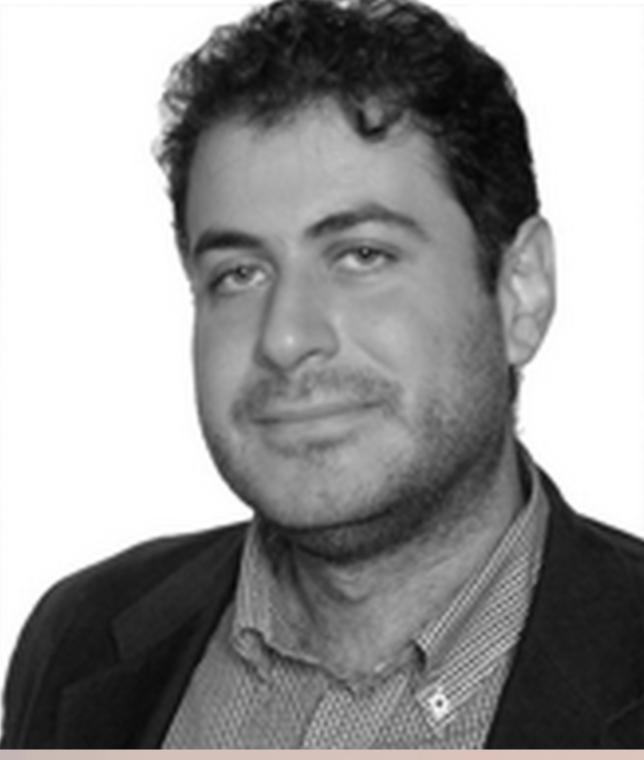 Panos Charitos discusses how the convergence of science, the arts, history and a deep crisis led to the launch of Ropi Publications in Thessaloniki, Greece.

ROPI {ελλ. Ροπή} moment = The moment of a force is a measure of its tendency to cause a body to rotate about a specific point or axis. I have started a new publisher. It’s called Ropi Publications and is an independent publishing house in Thessaloniki, Greece that focuses on the interplay between science and other disciplines, including philosophy, theology, and the arts. We plan to launch a series of titles that will explore scientific and technological advancements in an engaging way, as well as foster the discussion between different fields in an interdisciplinary fashion.

Yes, you are entitled that this is the delusional joke of first-year business student. After all, isn’t the publishing industry is facing a number of challenges stemming from new media and digital technologies? And Greece? Hasn’t it been in a financial meltdown since 2008, subsisting in perpetual crisis mode?

So, yes, you are right in asking, why? Why a publishing house? Why now? Why in Greece?

But the answer to “why” is simple: publishing books is the only thing I felt I knew how to do based on my previous experience in the industry. I am passionate about books and believe that a publisher has a special role to play in the development of the culture.

I am motivated by a variety of factors: The idea for ROPI emerged from the need to show that interplay between different scientific fields is possible and might even lead to interesting conclusions, presuming that one uses a set of methodological tools. In my view, there exists a false dichotomy between STEM and the arts, two fields that are considered polar opposites — one driven by facts and the other by emotion, yet have much in common. Looking back on the history of sciences, one can show how different scientific fields gradually emerged and we want to show that science and technology do not only concern those working in some remote laboratory, but have an impact on numerous aspects of our everyday lives. And the titles included in our publishing program reflect that science, religion, and philosophy have followed in parallel, although often conflicting, courses over the centuries, each reinforcing and dependent on the others.

Another driving inspiration behind ROPI is the to cater to the interest of schoolchildren in science — something I experienced first-hand while working at CERN. I believe we should focus more on familiarizing children with scientific methods and concepts from an early age. This doesn’t necessarily mean that we have to look for the little Einsteins who will digest every concept of modern physics or biology, but rather to appeal to their imagination and transfer scientific knowledge through adventure and children’s literature.

Yes, There are Many Challenges

I must say that in the beginning I was hesitant to start my own company. Not only was I afraid of the notorious Greek bureaucracy, I also knew that there are already so many publishing houses, an so many of them struggling. So, initially, I sought partners, but despite my best efforts, I failed to develop synergies, (probably due to the uncertainty in the Greek market). To cut a long story short, after facing a number of challenges, we finally decided to launch our new venture. And here I want to add that although many of the bureaucratic procedures to launching a business in Greed could be simplified, overall, things are not as dramatic as they are often depicted.  Honestly, I would encourage anyone interested to invest in Greece to explore the options that are emerging …

But Greece, you say? Honestly, why in Greece? Let me answer with a short story: When I lived in London back in 2008, in the few weeks following the collapse of Lehman Brothers, I could see the Greek crisis coming. I could see how it was going to affect my friends, as well as the graduates of most universities looking for a job. So, I stayed. London has a great vibe and gives you the chance to interact with a number of creative people from around the world. On reflection, I think that once you have lived in London, you can never quite leave — you can only escape!

At least that was my feeling when after five years I decided that I couldn’t stay in the UK forever and faced down an existential dilemma (if I you’ll forgive use of the term): I wanted to know to what extent do we define our lives and, moreover, what is the role of education and, more generally, the knowledge gained in the course of one’s studies? Tough questions, but they need answering nevertheless. Striving to find an answer led me to decide to move back to Thessaloniki, where I first got involved in the world of publishing, later moving to Athens to work, before leaving Greece once more.

So, today, I am back — and fully motivated to make Ropi a success. But nothing would have been possible without the help of valuable partners around Greece, as well as the agents and the publishing houses who trusted us. I would like to mention a few of them at this point: Athina Papageorgiou-Koufidou, the team of Blind Studio, Eleni Gkiouli, John Korfiatis, Nikolas Rompotis, Anastasios Tzitikos, and Orestis Georgiadis; the rest can be seen in our website!

Let me conclude by sharing an anecdote from the last few months: in July, while I was speaking with foreign publishers about a number of titles that we wanted to license, the idea of the “Grexit” — Greece’s exit from the Euro — came back. After five months of negotiations, capitals controls were imposed and odds seemed to be against us. This was the first time I remember feeling a strange fear. Suddenly, I felt vulnerable and exposed, not only to the agents and publishers, but also to Ropi’s team and supporters–the heart of this project–who I was trying to inspire.

At that time I was urged to seek financial counseling, cancel our plans and minimize Ropi’s ambitions. And it would have like the wisest move to most people. For a couple of days I felt like a ghost, avoiding social interactions and staying in my office until the late hours. Suddenly one night I had an idea: instead of talking to a financial expert, I should discuss the situation with a historian and seek his or her advice. I wanted to understand what happened in similar periods in the past and what are the challenges for a publisher during a crisis, such as the one that has now touched upon so many levels of Greek society. The next day everything was clear, as I understood that the big economic risk is only the true value of this effort. To survive, Ropi — and, in my view, every publishing house today — has to adopt a more cosmopolitan perspective, both in terms of geographical dispersion and of the multifaceted understanding of its role in economics and culture. As we move into a liquid or self-reflexive modernity, depending on your taste, publishers have to invent their audiences and, perhaps, it is also the other way around!

The last few months were extremely challenging for us, but, thanks to the team-spirit we have built, I hope that Ropi will continue gaining momentum and find its audience.

Panos Charitos holds master’s degrees in astrophysics, media and communications, and the sociology of religion, as well as a PhD in the philosophy of religion. He worked at CERN as a Communication Officer, and was previously editor-in-chief of Eurasia Publications, served as scientific editor at Travlos Publications, a major publisher of popular science books in Greece, and at Crete University Press.