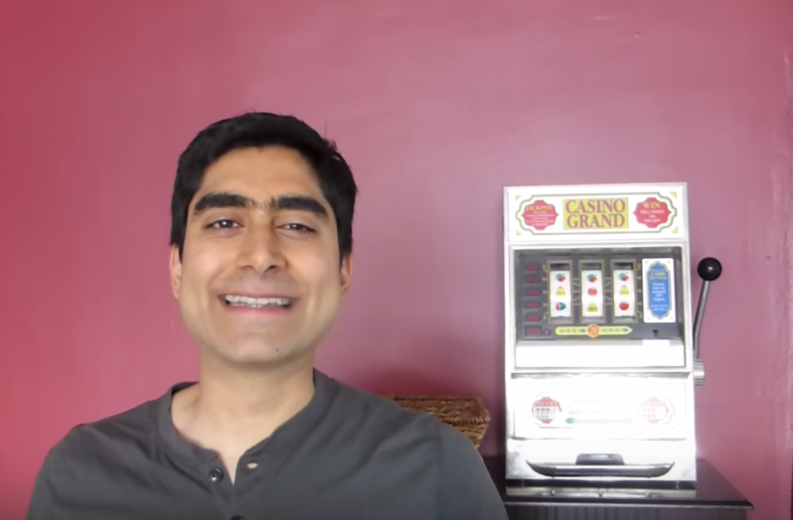 Teymour Shahabi found motivation to write by posting videos about self-publishing on YouTube, which gave him both an education and “someone to write for.”

I don’t understand why anyone would want to be an Olympic diver. Why would you choose to throw yourself head-first into a flat surface thirty feet below – not just throw yourself but try to look good while you’re going down, with somersaults and twists, while people you can’t see judge every second of your drop? Sounds horrible. But then again, so does writing. The blank page, teeming with uncertainty, error, and, most brutal of all, rejection, is terrifying. And yet the world continues to produce both Olympic divers and writers. And after countless uncertainties, errors, and, yes, rejections, I’m still writing fiction. For unpublished manuscript #5, I decided to get with the times: this is the age of self-publishing. But how to succeed without the push, the judgment, and (to be honest) the intimidation of a traditional editor? What if I need to be pushed? What if I need to be judged? Perhaps I need to be terrified. Enter YouTube.

One day, as I was getting to the end of the third draft of my novel, I decided to tell my story. Not the story in my book, but the story of writing the book, the story behind the story. I’m not sure what prompted me: the exhilaration of going digital, a desperate need for a reason to shave, who knows. I checked whether the pocket camera I used for weddings and hiking trips could shoot video (it could!), piled up a few books to rise as high as my head (I have a lot of books, and I’m no giant), and I pressed the red button. Go. What was I supposed to say? Anything goes, I said to myself. Just hurry up because you don’t have much battery. I started talking.

I introduced myself (to the world? to my friends? to no one?), and I said I wanted to self-publish my novel. I said it out loud, in the middle of an empty room, and I felt giddy. But I didn’t want to over-promise. Unlike the story in my book, this wasn’t fiction. I had to announce that I knew nothing about self-publishing. That I wasn’t an expert, an authority, or even – gasp – a professional. I would figure it out along the way. The words that came out formed a plan that I hadn’t fully thought out in my head: every week I would shoot a quick update on my self-publishing adventure, and I would post it on YouTube. Perhaps others might benefit from my experiences? Perhaps my videos could help others who, like me, were clueless but optimistic about the promises of self-publishing? About the mysteries of finding an editor, a book cover, a platform, a reader? Surely more unwarranted videos existed out there (I can confirm: they do). I posted the video and drank a tall cold glass of water.

I sent the link to my family and friends. It didn’t go viral (was I relieved?), but people saw it. People liked it (both in their hearts and on social media). A few days went by. Then something strange began to happen. I could feel something heavy and vaguely menacing in the distance. It was new but not unfamiliar. By the end of the week, I knew what it was: a deadline. I had promised a new video. I had to deliver it. I piled up the books again, and episode 2 went out. And when a new week began, I sensed the pressure not at the end of the week, but from the very beginning. I had to make progress. I had to do something, anything, every day: otherwise I would have nothing to talk about in episode 3. I started researching freelance editors. I started using social media. I became more disciplined about my own editing. The time came to make episode 3. Since there was enough to talk about, shooting it was a blast.

Then something else started happening. This time, it was completely new. People I didn’t know began to reach out. They started following me online, messaging me, liking me (again, one hopes, both meanings). Their numbers are small, but I’ve learnt new names; new names of people and even cities where they live. That’s when I understood what YouTube can do for writers. It’ s not easy to describe or put a price on (which is great, because it’s free). But it might be what I’d been searching for all along, even before the age of self-publishing, even in manuscripts 1 through 4. It’s changed the way I think about writing, when I used to think that perseverance and irrational confidence were everything I needed. It’s a sense of responsibility that comes out of trust. It shows a safety net beneath the blank page, a friendly face in the panel of judges, the face that all the perfect somersaults are really for. What YouTube gives a writer is someone to write for.

Teymour Shahabi is an indie writer living in New York. He is currently working on the upcoming release of his first self-published novel, The Secret Billionaire. You can follow his weekly adventures on YouTube.