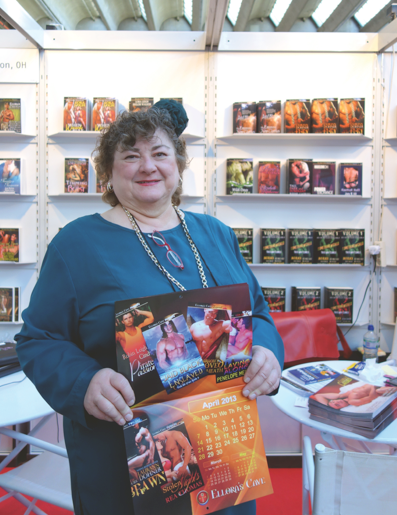 Ellora’s Cave publisher Raelene Gorlinsky gives credit to ereaders for the company’s initial success. “Erotica,” she told The Guardian, “was around long before Ellora’s Cave, but it certainly wasn’t something you could buy at your local bookstore, because everybody looked down on it.”

And while the subject matter can fall into any number of subgenres: gay vampires, bisexual cowboys, 18th-century transgender pirates, Santa’s elves, dinosaurs — really, the list is only limited by the human imagination — the bottom line, Veinglory says, is that the books help people understand that “sex is good and pornography is not evil.”

“A lot of people thought their dirty little secret of what they wanted to read made them a freak,” Veinglory told Marsh. “Then the internet showed them that there are a million freaks out there. Whatever you are into, there’s a whole lot of other people who are into that.”