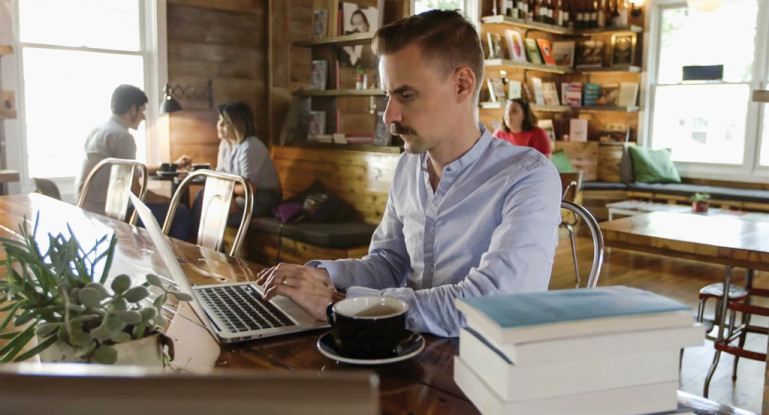 Will Evans, a true lone star.

Will Evans, of Dallas-based Deep Vellum press, is leveraging local support to sustain his recently-launched publishing house focused on translation.

When it comes to book publishing, most people consider Texas a backwater. Certainly, there are a handful of notable publishers in Austin — Greenleaf Book Group being the largest — but Houston and Dallas, two far larger cities, are bereft.

Still, as many know now — Will Evans has gone to Dallas and has been vocal about his desire to ignite a revolution in translation publishing in the Lone Star state — something most people would think of as all but delusional.

David Duhr has given Evan his due in this month’s Texas Observer, saying:

Moving to Dallas to start a press—of any kind, much less a translation press—is about as common a goal as moving to Dallas for the ocean breeze. A Google search for Dallas publishers brings up a handful of vanity presses, a “boutique” or two, and a 2012 D Magazine piece covering “niche publishers” — a term Evans wouldn’t apply to Deep Vellum. “I hate when people say that,” he says. “I’m not a niche publisher. When we talk about translation as just this special thing, then it gets put in this ghetto.”

But Evans and Deep Vellum, a company on whose board I serve, is giving it a shot, largely by looking to rally the local community behind his efforts.

“Dallas has a robust nonprofit community and arts community, but what it doesn’t have are any literary publishers,” he says. “It has a rich literary history, and it’s just a matter of tapping back into it. I don’t think people care if a book is translated or not. The question isn’t how can you get people reading translations, it’s how can you get people reading good books again?”

What’s more Evans has a few choice things to say about Texas and Texans when it comes to publishing and its place in the national ecosystem.

“If I’ve learned one thing about Texas, it’s that Texans are proud of Texas,” he says. “It’s not just the cowboy chest-thumper mentality; it’s that we like to support things going on within the state. We like to drink Texas wine, drink Texas beer, eat Texas food, go on Texas road trips. There’s no other state that has a culture of literature named after itself like Texana. That’s a special thing.”

Can he turn Texana into an international translation brand? Let’s wait and see and hope he can do all he has set out to achieve.