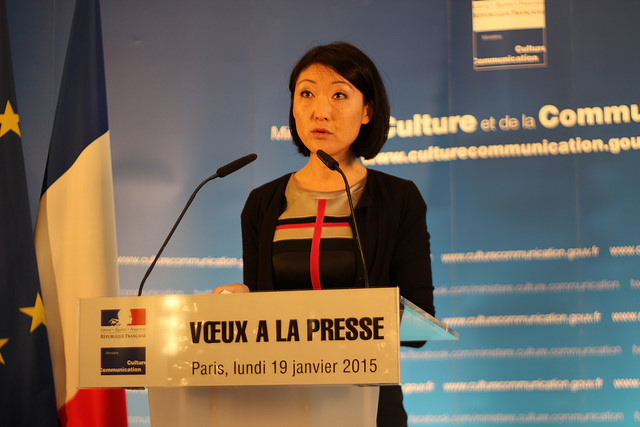 On Thursday, France’s Minister of Culture, Fleur Pellerin, announced that Kindle Unlimited (KU) and other unlimited ebook subscription services are illegal in France because they violate the country’s fixed book price law.

France’s fixed price law, called the Lang Law, was established in 1981 and says that publishers decide on the retail price of their books. Retailers are allowed sell the book for a maximum discount of 5% off the publisher’s price.

This announcement was based on a report written by Laurence Engel, the “mediator of the book” (la Médiatrice du livre) in France. Engel was commissioned by Pellerin to determine the legality of KU and other services in January 2015, about a month after KU launched in France.

Youboox laywer Emmanuel Pierrat argued in October 2014 that the French book price law refers to exclusively to the sale price of a book, or the exchange of money for ownership of a book, not for a license to read a digital book, which is what services like Youboox provide. Engel, however, disagrees with this interpretation.

Nate Hoffelder at Ink, Bits and Pixels points out, “To be clear, the subscription model itself is not illegal; a publisher could launch a service with just their own titles and pass legal muster.”

Hoffelder also wrote that, “Curiously, Pellerin told [French newspaper] Le Figaro that self-published ebooks as well as books by foreign publishers would not be affected by this opinion, just books published by French publishers.”

It seems that Amazon understands both of these points. Nicolas Gary of ActuaLitté writes that Amazon appears to be in the process of hiring an editor and establishing a publishing house in France. Through this new publishing company, Amazon could buy rights and sell its own editions at its own price via a book club model.

Gary ends his piece by pointing out a great irony: the French Ministry of Culture is using ebook subscription as a way to push Amazon out of the country’s publishing ecosystem. However, Amazon is the only company that can afford to set up its own book club and skirt the fixed price law (as opposed to French companies Youboox and YouScribe). “The state has opened an unobstructed boulevard, where only American society progresses.”