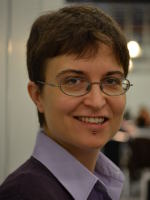 Amy Marie Spangler of the AnatoliaLit Agency surveys the Turkish book market and the challenges it faces due to currency and political fluctuations.

Following on from last month, where we collated the thoughts of a number of contributors from a session at the IPR Global Rights Licensing: The Bigger Picture conference, I thought we’d focus on one of the territories highlighted as a “buzzing” market and having “phenomenal” rights activity levels.

Turkey has made great strides in the publishing world in recent times and is a territory whose profile has benefitted from being the focal point of some high profile trade events. Being the guest of honor at the 2008 Frankfurt Book Fair and the Market Focus at the 2013 London Book Fair certainly brought plenty of attention to Turkish publishers and their works. In addition, as the Country of Honor at last year’s Beijing International Book Fair, this worked to bring it even more worldwide prominence.

This increased presence on the world right stage comes as no surprise as we are seeing more and more Turkish rights in translation deals being completed on a regular basis. So let’s get a better understanding of what’s currently going on behind the scenes of this growing and fascinating marketplace. Amy Marie Spangler, co-owner of the Istanbul-based AnatoliaLit Agency, points to a new breed of passionate publishers willing to take risks on edgy titles who are adding to the growth of the Turkish rights market but also investigates the lingering challenges surrounding piracy, exchange rates and how impending parliamentary elections could impact the general publishing arena.

Three or four years ago Turkey became a pretty “hot country” when it came to selling rights. More and more titles seemed to be selling, and bestsellers were selling in relatively high quantity. Nevertheless, considering the population of Turkey (over 76 million), at the end of the day, average print-runs remained, and still remain, alarmingly low for trade books, and especially literary fiction. While we were hoping that the days of the 1,000-copy print run might be coming to a close, it seems that they remain with us, with the majority of first print-runs being for 1,500 or 2,000 copies.

Looking at the Turkish Publishers Association’s statistics for 2014, we find an increase in book production of 4.6%, with 7.3 books produced per capita. The numbers seem encouraging, until one notices that 71% of books produced are schoolbooks. (And of those, it should be noted that over 215 million were produced and distributed free of charge by the Turkish Ministry of Education.) 11% of books produced were adult non-fiction, 9% religious titles, 5% children’s and youth, 3% adult fiction, and 1% academic.

These figures are calculated based upon the number of “bandroles,” a hologram sticker with a title-unique number which must be affixed to the books in order for them to be sold legally, issued to publishers. This practice was initiated several years ago in order to combat piracy, a practice quite rampant in Turkey for many years. Its effectiveness remains somewhat controversial, with claims that those who pirate books are also able to produce false banderoles, and also that it is possible for publishers themselves to acquire banderoles for one title and affix them to another, something which can only be policed by checking each number affixed to each book. So, one might say that the practice makes it more difficult to pirate books but cannot possibly eliminate the practice entirely.

The history of piracy has an impact on the ebook market, with many major publishers still not producing ebooks for fear of pirating. Although many publishers are acquiring digital rights and producing ebooks nevertheless, the lack of widely used readers, such as Kindle or Nook, renders sales negligible for the time being. Still, this is an area in which we can expect growth in the future.

As for Turkish rights sales, spiraling exchange rates have had an impact on advances that are often difficult to explain to foreign publishers and agents. Publishers tend to be conservative with their offers, as they are unable to foresee exactly what the money they are offering will be in terms of Turkish Lira in the coming months. And with the price of paper indexed to foreign currencies, either the US dollar or the Euro, the combination of this with advances which are also paid in foreign currencies, has a direct impact on the price of books and thus the ability of readers to pay for them.

Thankfully we continue to see new, passionate publishers of quality fiction and non-fiction setting roots and growing lists aimed at a discerning, if relatively small, readership. We also find publishers, established and new, willing to take risks on edgy titles and challenging fiction and non-fiction. Such publishers tend to attract an equally passionate and dedicated, if, again, relatively small readership, though apparently large enough to keep them afloat!

With parliamentary elections coming up in June, we can expect a lull around that time, as publishers, like all people in the country, wait to see what “direction” the country will take, i.e. whether we can expect more or less censorship, and more or less stability. At the end of the day though, all of us in the business here try to remain optimistic.