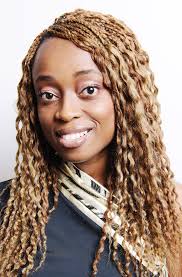 Adaobi Tricia Nwaubani questions the power Western publishers have to dictate the way African books are presented to and read by the world. It’s no secret that for me, one of the biggest and most interesting publishing stories over the past few years has been the emergence of African literature (or as might be preferred “literatures”) on to the world literary stage. African writers have garnered both critical acclaim and public success on a scale unimaginable a decade ago.

But, as Adaobi Tricia Nwaubani, author of I Do Not Come to You By Chance (Hyperion) asked in The New York Times, “Who Are African Books For?”

She points out that:

“…we are telling only the stories that foreigners allows us to tell. Publishers in New York and London decide which of us to offer contracts, which of our stories to present to the world. American and British judges decide which of us to award accolades, and subsequent sales and fame. Apart from South Africa, where some of the Big Five publishers have local branches, the few traditional publishers in Africa tend to prefer buying rights to books that have already sold in the West, instead of risking their meager funds by investing in unknown local talents.”

Nwaubani says that in Nigeria for example, most authors are self-published through the “dozens of vanity presses that exist to serve these author’s needs.” But since these presses lack the means for marketing and distribution, sales are dependent on family and friends. And of course, they’re not eligible for most international book prizes which tend to accept only “traditionally published books.”

“Literary audiences in many African countries also simply sit and wait until the Western critics crown a new writer, and then begin applauding that person. After all, these are the same connoisseurs who brought Chinua Achebe and Wole Soyinka and Ngugi wa Thiong’o to our adoring attention. Local writers without some Western seal of approval are automatically perceived as inferior. In international conversations about African literature, their books receive no mention.”

Add to this the problems of book distribution within Africa itself, the abundance of cheaply printed pirated copies and, as she writes, “All this combined can make African readers feel that African literature exists not for them, but for Western eyes.”

“Why else,” she asks, “have brutality and depravity been the core of many celebrated African stories? It appears that publishers have allotted Africa the slot for supplying the West with savage entertainment (stories about ethnic cleansing, child soldiers, human trafficking, dictatorships, rights abuses and so on). The same stereotypes Africans often claim to abhor tend to form the foundations of our literary successes.”

She concludes by saying that:

“Until African writers can start their careers by publishing in their own countries, none of this will change. Some of the greatest African writers of my generation may never be discovered, either because they will not reach across the Atlantic Ocean to attract the attention of an agent or publisher, or because they have not yet mastered the art of deciphering Western tastes.”

Read her piece in its entirety here.