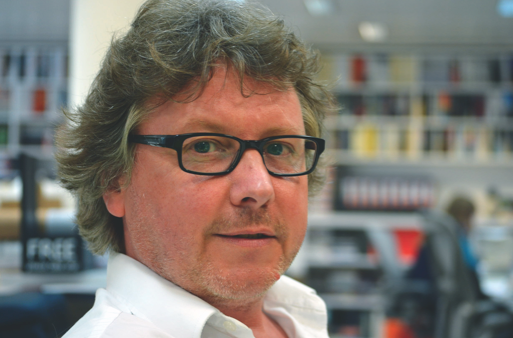 The changing nature of the book industry in Europe as it redefines itself in the online era; the reduction of stores and shelf space both in Europe and in India; and—inevitably—the Amazon-Hachette dispute are among concerns exercising English-language publishers’ minds as the end of 2014 draws near. The industry has become used to the phrase “device agnostic;” to this can now be added “source agnostic,” as Random House UK’s European Sales Director Mike Abbott explains: “The European book trade is redefining itself, partly as a result of the global financial crisis and partly through the growth of online. There is an increased opacity of sourcing. We don’t always know where a book might be coming from—it could be Gardners, Amazon UK, the Book Depository…As publishers we’re having to become more understanding that the sourcing is neutral. What matters is that it’s one of our titles, and so we’re focusing much more on local trade and consumer marketing, much more on social media, on going direct to the consumer.”

Abbott thinks Europe is “beginning to wake up to the idea that a world without bookshops is not a pleasant place,” and as such Random House is launching a greater focus on independents in Europe, with increased local marketing and special offers. “It’s the right time to do this. We’re doing it across Europe, finding the best independents and encouraging them. The booksellers are reinventing themselves, and we want to help them. They’re all looking at ways to distinguish themselves from an online warehouse. At Frankfurt, we’ll be talking to distributors about this, and about our consumer marketing.” Pan Macmillan’s International Development Director Jonathan Atkins also notes the changes wrought by the growth of online business. “Particularly in Europe, so many of our conversations have always been with distributors serving English-language bookstores. They know their markets. But what has changed is their particular country market has become less important now because online retailers have a pan-European market.

“The wholesalers and distributors who serve a particular country are struggling when their main competitor is a pan-European player. So they, in turn, are trying to reach a market beyond their borders. For example, Van Dittmar in Holland used to be our single most important customer in Europe. Van Dittmar and Nilsson & Lamm could sell huge numbers of books in Holland. But now, their influence has been reduced because the Dutch consumer is buying from Amazon UK, Amazon Germany, Bol.com…”

Simply put, publishers can no longer judge how much business is coming directly from them because online retailers are not necessarily sourcing from UK publishers: they are going to Baker & Taylor, Ingram, Gardners, Bertrams. It’s all part of the massive shift toward online bookselling in Europe.

“So our role becomes one of supporting the online and bricks-and-mortar retailers, more of a marketing role than a selling one,” adds Atkins. “In the old days, you might get them to take a thousand copies—now it’s about making sure our titles look good on their websites, in Sweden, Holland, Denmark, Germany…

“Our meetings with distributors are different now. They’re responding to demand from the online retailers. There are fewer promotions that make much difference—it’s about making sure your books have a good online window. Most of my appointments at Frankfurt are with Kobo, Amazon, Google, Ingram, Nook, Apple. With all of them, the agenda changes every year. Two years ago, it was all about how we deal with them, what they need. Now it’s about what market they’re expanding into.” Faber’s International and Digital Sales Director Miles Poynton is surprised—and concerned—that the German market has contracted for the first time in ten years, and wonders whether the growth in tablets, with their other attractions, isn’t to blame. “It’s odd because [Germany] has always been quite resilient, and there is a degree of protection. Europe as a whole hasn’t been consistent—it has been rather flat. Spain and Greece are both difficult because of economic instability.

“In the Far East and Asia, it’s been mixed. Sales in China have doubled for Faber and retailers are expanding there, but Japan is struggling because of the weak yen. Our Indian distributor said that in the last eight months there have been ten major city center store closures in India—that reduction of shelf space is a worry for the future.” Underpinning it all is a concern over Amazon of course, with all publishers watching the Hachette dispute closely. Allied to this is a concern over self-publishing, too. Earlier this year Apple Australia sent an executive to the Romance Writers of America conference in New Orleans to meet with those writers who were using its publishing program. “They wanted to check that the writers were happy with the service they were receiving,” says former Random House UK International Sales Director Simon Littlewood. “I think self-publishing is an area publishers are watching more and more closely. Traditional publishers are thinking about their roles. Although they say we offer X, Y, and Z, I do think the pendulum is wavering…”