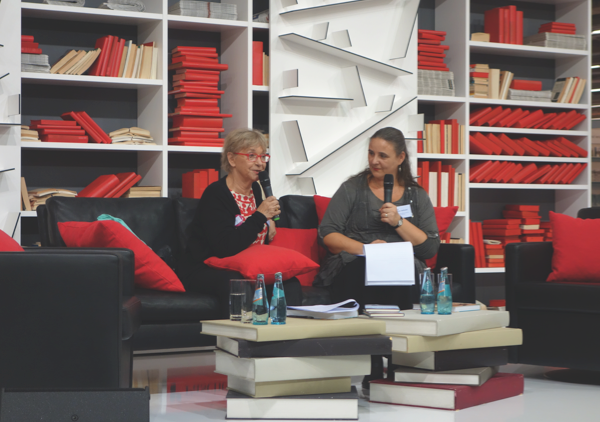 Finland’s most famous author, Tove Jansson, would have celebrated her 100th birthday this year. To commemorate the creator of the Moomins, the Finns have organized a “Tove 100” year of celebration, featuring the minting of a commemorative coin, a touring exhibition and countless events.

At an event at the Paschen Literary Lounge on Wednesday, Jansson’s biographer Dr. Tuula Karjalainen shared a lesser-known side of the author.

Jansson was a woman of many roles. She began her career as a visual artist, later moving on to book illustration, and was an author of books for both children and adults. She was also a dramaturg, a feminist, and a political radical.

“Her novels and adult short stories have been in the shadow of the Moomins. It’s changing now because of the 100-year anniversary, the exhibition, and her biography,” says Karjalainen.
At the Gothenburg Book Fair this September, Philip Teir, who wrote the introduction to Meddelande (Schildts & Söderströms), a new collection of Jansson’s short stories for adults, noted that the writer received around 2000 letters a year, some of which sought her advice, probably due to the intimacy readers felt with her work. One simply read, “My cat has died. Write soon.”

She is also noted for her contribution to LGBT literature, he notes, after homosexuality was decriminalized in Finland in the 1970s, which opened up new topics for literature in general and in her writing.

“She put everything about her life into her stories,” says Karjalainen. “And she immortalized her friends in her stories.” For example, her life partner and fellow artist Tuulikki Pietilä became the character Too-ticki in the Moomin world.

Dr. Tuula Karjalainen’s The Life and Art of Tove Jansson (Tammi) will be published in 10 languages, including Russia, Japan, China, Norway and Sweden. Penguin will publish a global English edition in December.

Visit tove100.com to find out more about the on-going celebrations.