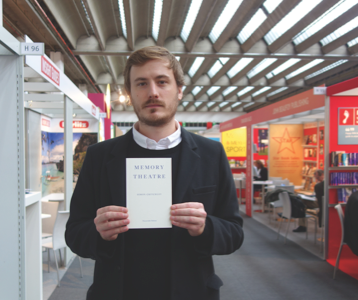 What do you want people to know about your market and your business?
“First of all, I’d like to say we’re cooler than Finland. We were the Guest of Honor at Frankfurt in 2012, which was fantastic for us. It turned New Zealand into better exporters. We’re going to be the Guest of Honor in Taipei in February. We’re seeing exciting things in trade and education. We have interest in China, Taiwan and Hong Kong. On the other hand, physical retail stores in New Zealand are challenged. In the past 18 months to two years, as the ebook market expanded, we’ve seen a domestic retail decline and the digital transition has been a challenge for us. There’s been a lot of consolidation of the major publishing houses, but significant growth of new entertainment publishing. It’s a very different publishing landscape.”
—Ashley Sepanski Jacques Testard, Co-founder and Editor of The White Review, Founder of Fitzcarraldo Editions

What should we know about your new press?
“Fitzcarraldo was primarily set up because I feel that there is space in the UK publishing scene for serious literary press that takes risks on ambitious, imaginative and innovative writing engaged with the contemporary world in English and in translation . . . There’s an audience that has naturally carried over from The White Review. Like with The White Review, the design is very important. The attention to design is a statement on the future of the book: that the book will survive but you want to make it an object that people want on their shelves. We use Ray O’Meara, the designer of The White Review. He created a bespoke typeface called Fitzcarraldo.” —Saskia Vogel What do you want people to know about your market and your business?
“We are trying to encourage and nurture Irish talent. We’ve recently debuted some new literary talent in the last year. Our market is focused on literary fiction and nonfiction. The number of original nonfiction titles has expanded and we have a much wider range. [Liberties Press] has seen a crazy amount of growth, particularly in fiction. We hope to keep fostering the careers of our authors and see continued growth.” —Ashley Sepanski