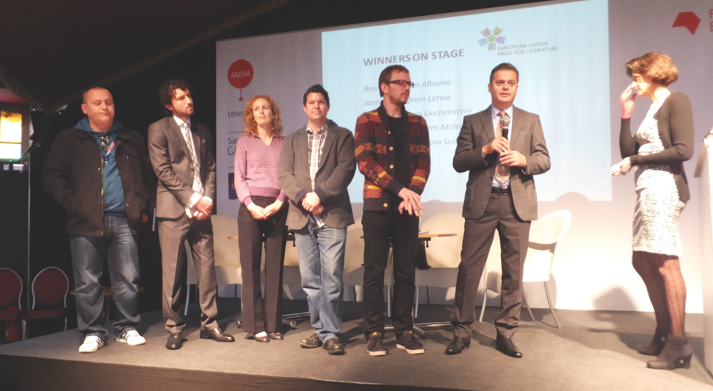 The European Union Prize for Literature (EUPL), which recognizes the best emerging authors in Europe, was announced at the Frankfurt Book Fair on Wednesday, 8 October—the first time the prize has been announced at Frankfurt.

“It gives us a good opportunity to give visibility to the prize,” said Michel Magnier, the European Commission’s Director for Culture and Creativity, while making the announcement in the Lesezelt (Reading Tent) in the Agora.