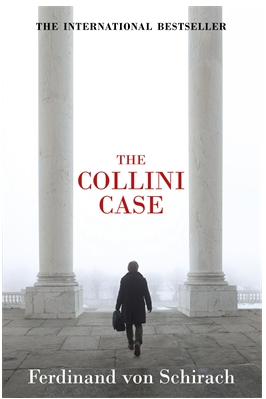 The Observer notes that “British readers are devouring foreign fiction in record numbers amid a mini-boom in translated novels.” The Collini Case, a translated mystery from Germany, outsold the latest John Grisham novel in the UK.

As Dalya Alberge wrote in The Observer, “British readers are devouring foreign fiction in record numbers amid a mini-boom in translated novels, inspired by the success of Scandinavian authors such as Jo Nesbo.

Among the evidence presented: Penguin Classics will soon be publishing Tales of the Marvellous and News of the Strange, a collection of Arabic short stories, translated by Cambridge academic Malcolm Lyons, making it the first time in 1,000 years that these “earliest-known Arabic stories will be have been printed in English.”

More evidence: publisher Harvill Secker will be publishing authors from 18 countries this year, including not only Jo Nesbo, but Haruki Murakami and the fourth of Karl Ove Knausgard’s My Struggle series.

Liz Foley, Harvill Secker’s publishing director told The Observer that, “There used to be a feeling translations were ‘good for you’ and not enjoyable…like vegetables…But actually they’re wonderful books,” adding that translations had “become more mainstream,” and that competition for translation rights was getting more intense.

The increased interest in foreign literature can, of course, be traced at least in part to the success of such Scandinavian writers as Stieg Larsson, whose Millennium books have sold more than 75 million copies worldwide, as well as television dramas such as The Killing.

But the popularity of Scandinavian fiction goes beyond thrillers. Alberge reports that in 2012, the small British publisher Hesperus Press took a chance on a comic Swedish novel, The Hundred-Year-Old Man who Climbed Out of the Window and Disappeared after it had been rejected by major publishing companies both in the U.S. and in the UK. Jonas Jonasson’s book went on to sell more than 500,000 copies.

Chris White, a fiction buyer for Waterstones, told the paper that beyond the blockbusters, there are still “plenty of translated titles we’ve discovered recently which have sold in their thousands.” White pointed to the success of The Collini Case, a legal thriller by one of Germany’s best-selling authors, Ferdinand von Schirach, which sold 29,385 copies – “more than the last Grisham.” “The perception of translation isn’t what it was perhaps 10 years ago,” he added. “They are just treated as good books.”

Alexandra Büchler, the director of Literature Across Frontiers (which will be publishing a report analyzing market data next month), said that she believes that literary translations have grown by around 18% over the last 20 years. But according to The Observer, there are some experts who believe that the size of the market for translations is still underestimated by publishers.

“Publishers are still very much about the bottom line,” BJ Epstein, senior lecturer at the British Centre for Literary Translation told the paper. “They really do underestimate the public, [assuming] that British people don’t want to read about people in China or Iceland.”

Indeed. Adam Freudenheim of Pushkin Press, a small publisher that specializes in translated literature told Alberge, “There has been an increase. Pushkin Press’s sales doubled last year and are on track to double or even triple this year.”

And Christopher MacLehose, who was instrumental in bringing Stieg Larsson to English-speaking readers through Quercus’s MacLehose imprint, also said that he has observed a noticeable change in the air regarding translations. As he told the paper, the very idea of a comic Swedish novel selling 500,000 copies “would never have been dreamed of 10 years ago.”