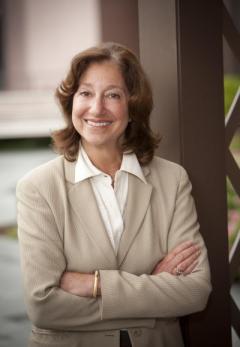 Over five years, the Yale Publishing Course has reflected changes in this fast moving industry and helped propel mid-career professionals to new heights. “It was simply too many people in one place, that first year of the Yale Course [YPC],” she says. While the cross-fertilization between books (monographs) and magazines (serials) was interesting, and the magazine attendees — who came from as far as Finland, Cape Town, Australia, and Mexico — taught the book students (of whom I was one) how to have a good time. After all, book people’s idea of “fun” is (reading a book, of course), while magazine publishers, by their very nature, tend to be more social. Alas, 130 students in one place for a prototype program was a strain on resources.

“The Yale Course was based on the Stanford model,” said Weiner, referring to the now-defunct West-Coast publishing course whose demise gave birth to its East Coast cousin. But where Stanford was “overly concerned with tech” according to Martin Levin, who taught there (and now teaches at Yale), and Stanford itself was especially jealous of its faculty donating time to the Program, Weiner has created a new, relevant, cohesive whole of a Publishing Course that is unique in many respects.

“The Course is even more international that I could have ever imagined,” Wiener recalls. “We’ve had students from the BRIC countries [Brazil, Russia, India, China – all of whom are present this year alone], which wasn’t too much of a surprise…but then we’ve had repeat students from Uganda and Austria.” And for that matter, New Jersey and Long Island.

“There really is nothing like this course,” Weiner proudly states. This may sound like copywriter overkill, but year after year, it turns out to be true. And I can attest to this because it is the very same remark made by students of the Yale class — and I myself have attended the course every year — 2010, ‘11, ‘12 and ‘14 — save for one. “The course is not meant for entry-level, just-out-of-college graduates [like the Radcliffe Course],” nor is it “A degree-granting program [like NYU or Pace].” Rather, it is aimed at those who have been in publishing for a while, and realize (and accept) that “Publishing is in — and has been in — a period of transition.” This, says Weiner, “is what keeps me mindful of not letting the Yale Course become static.”

Perhaps the other big surprise this year has been “the number of senior-level applicants from Finance to Production” at YPC ’14.

“I try to make little refinements every year,” Weiner says. In addition to the big split of books from magazines (which single-handedly doubled the cost of just maintaining the Course, while simultaneously cutting down on the number of attendees — “I’ll never allow more than 70 students”, says Weiner, who spent almost all of her professional career at Yale University Press, and has made it more Yale-centric. In addition to an outstanding private reception at the Beinecke Rare Book and Manuscript Library, the attendees have had dinner one night of the six-day course at one of Yale’s hallowed Colleges (Berkeley College in 2011, Calhoun College this year). And on the penultimate night of the course, there’s a cookout at the Yale Golf Course.

And the course does seem to attract rising stars in the industry: the Ashmead Scholarship (www.ashmeadaward.com) winners Whitney Frick and Michael Szczeban have gone on to bigger things (very quickly) as Senior Editors at Flatiron and Regan Arts, respectively. And inaugural course attendee Jennifer Levene Bruno is now the publisher of Town and Country magazine.

Perhaps most important to Weiner’s vision is that the course is “not conference, not a colloquium” — it is very much a classroom experience (attendees have to apply and not merely pay tuition). “Actually,” Weiner corrected herself, “it’s even more of a sort of ‘think-tank.’” Speakers from every conceivable area of publishing are regularly interrupted with tough questions, cross-talk between respondents is encouraged, and there is a real “full-immersion in learning about publishing” from the moment students are dropped off at the Greenberg Center (ironically located on Yale’s “Science Hill” between The Planetarium and The Divinity School) at 8:45am till long into the New Haven nights, as conversations/arguments/passionate-international debate (replete with florid gesticulation when English fails) spills over into the restaurant and bars and the single hotel all the classmates share.

“This is not just my job,” Weiner insists, “it’s my passion.” And it shows: YPC continues to grow to the point where there is literally a waiting-list for speakers (who must offer early-morning “office-hours” to the students and also attend lunch and dinner at the Greenberg Centre) who want to be part of this unique matrix of learning.

Some of the anchors of the Yale Course came from the now-defunct Stanford Course: Martin Levin and Robert Baensch, experts on the legal and financial sides of publishing, respectively, are institutions. And the Yale School of Management shares professors such as Dr. Richard Foster (the guru of “Creative Destruction”) and Amy Wzresniewski (a change-management expert), while Yale’s University Librarian Susan Gibbons gives us the changing face of the lending- and research-library, and Yale University Press’s Kate Brown (COO) have also been frequent contributors, as has a Yale Law School professor.

Weiner notes that “I learn something new every year – from a new place.” This year alone those places include Bahrain and Cameroon, New Zealand and Singapore, Brazil, and South Africa.

Who comes to this course? “STM publishers, self-publishing start-ups, religious trade publishers, IT specialists, and, this year, a sizable contingent from Penguin Random House,” says Weiner. Why do they come? For this Tina asked me to ask the students themselves: “A couple of co-workers attended YPC in 2011 and thought I should apply. I’m glad I did,” says a University Press editor from California.

“For the past two years, co-workers of mine have come to Yale and they recommended that I do so: it’s exceeded my expectations,” this from a Production Head from Austria.

An assistant director of research for printing for the blind in Kentucky remarked, that she had “a sense that this course would be different from anything else out there – and it has been, especially in that the friendships and ‘organic-networking’ sprung up almost at once.”

A mother-and-daughter team from an STM publisher in Long Island have attended every year since 2011, the former saying, “It has been even better than what my daughter told me to expect.”

Both students and instructors ask me, year after year, why I keep returning to the course. After all, it’s a week away from work, it’s not inexpensive, and finally, “haven’t you heard all of this before?”

Here, Tina Weiner is right: as publishing changes, the course changes. In 2010, the first generation of iPads were almost a new fad at the YPC; this year tablets are everywhere in attendence. Neil de Young, Executive Director of Digital Media at Hachette and Liisa McCloy-Kelley, VP of eBook Development and Innovation at Random House have given what amounts to almost a completely different class each year in that digital is changing so quickly — and within digital, different issues from Piracy to XML-first — it seems you are sprinting to stand still.

Jonathan Hart, an attorney at NPR regularly runs out of time during his presentation due to the fact that, from year to year, the legal issues in publishing change dramatically: this year it was a crash-course in why the government is suing Apple — but NOT trying to break up Amazon. While in the past, DRM and “fair use” and contracts have dominated the conversation.

Greg Miller, who is an independent global investment banker with a concentration on Mergers and Acquisitions can explicate why Wall Street feels (and acts) the way it does towards Barnes and Noble (and Amazon) – while having his own horse in the race: he is also the publisher of Gregory R. Miller & Co., which specializes in art, design, and architecture. He can also field a question such as “Why a private investment firm like Ripplewood Holdings would buy Readers’ Digest in 2006, when, even to outsiders it seemed doomed to fail?”

There is no perfect publishing course, naturally, and if a perfect course did exist, it would cease to be perfect the moment you yourself became part of it. As a freelancer, I come to learn and to network, and I’ve worked with many of my former classmates and continue to keep up friendships with many more. For me it is a simple cost-benefit analysis: if I make new contacts and do new (and more) work based on the friends I’ve made at Yale, then the course has paid for itself. This itself is something I learned from YPC instructor Bruce Harris (former head of Crown and Workman publishing): “Your next job is a series of gigs” (here he is quoting Tina Brown).

“The course mirrors the publishing industry,” says Weiner. She is correct in that I’ve always found the karma in publishing to be quite good: calls get returned, “informational-interviews” are the norm, and lunch with people you don’t know but who have referred you are usually taken. In this sense, the Yale Publishing Course is everything that is right and good about publishing,  despite the “constant epoch of transition” we seem to be living in.