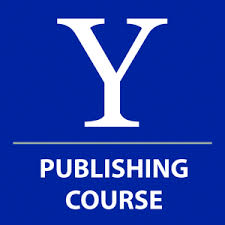 Yesterday, Martin Levin challenged publishers at Yale Publishing Course whether they would take on a controversial title. Today we have the answers given by the class.

NEW HAVEN: At the fifth annual Yale Book Publishing Course Martin Levin asked “Would you publish this book?” (see related article for details and to express your opinion in the comments section). A conservative plot to discredit President Obama is at the heart of a hypothetical book proposal students at the 2014 Yale Publishing Course were challenged to assess.

After having a student read the entire piece out loud to the class, Martin asked—or demanded, rather, as he moved about Yale’s Greenberg Center Amphitheatre — “Would you publish The Plot Against The President?” — a fictional (or is it? Levin is a master of spinning a yarn that you swear can’t be true, but then turns out to be exactly that) story of a Koch-Brothers’-sponsored meeting in which President Obama is referred disparagingly by high-powered, big money conservatives.

Here are the responses from those who had the temerity to answer Levin — a publisher/lawyer who can decimate an answer as powerfully as Perry Mason while smiling all the time — at face value:

The first response was from a publisher from New Jersey (make your own joke): “No, I wouldn’t publish it.” To which Levin responded with mock suprise: “What? Why not?! This is hot stuff! They’ve got these guys on tape! Why wouldn’t you publish it?! What does your GUT tell you?”

“My gut tells me that I’m tired of all the press the Koch brothers have gotten, and nothing here gets inside me, resonates with me. And besides all that, Obama isn’t even up for re-election in 2016.” And then after a long pause, “Plus, I’m a coward.”

A South African answered, “Yes, I would publish it,” citing that the money made from the book would easily offset any litigation, and “according to the hand-out, The New York Times is supposed to cover the legal costs.” (Though no one thought to ask whether, in the real world, a third party could take on the legal expenses if a book-publisher and/or author is sued — though as a Corporate Counsel, I’m sure Martin Levin could write any kind of contract, including one like this).

An Australian voted “No, I wouldn’t publish the book because the defamation laws in Australia are much more strict than those in the U.S.” This seemed perfectly sane, as many nodded in agreement.

Martin moaned a bit at this and wondered aloud if we weren’t all being a bit too timid. But when an editor from Brazil voted, “No, I wouldn’t publish it. It’s too problematic,” Levin summoned all the strength in his 95-year-old frame to almost shout with mock indignation: “It’s too problematic?! This is the PUBLISHING industry! Everything we DO is problematic! Production, distribution, authors, returns, remainders – our whole INDUSTRY is problematic!”

After a collective laugh (and deep cleansing breath), a religious trade publisher from Ohio had the perfectly reasonable answer that “No, we wouldn’t publish it: it would dilute our list.” Realizing that this sort of argument was hard to rebut, the jurist in Levin took a different tack:

“You! You’re the money guy,” he intoned, pointing to a high-ranking executive from a Big Five publishing house, “Couldn’t we make big money on this?” The man was smart enough to do two things quickly: first, he said, “Yes, I would publish it,” and then, before Martin could pounce on him, added, “but he is the real money guy: ask him!” — deflecting the attention to another executive from another Big Five house.

“So,” Levin continued like Jack McCoy (with a sense of humor) on Law & Order, shifting his attention to his next target, “I hear that YOU are the REAL money guy: would YOU publish this book?” To everyone’s (or at least my) surprise, the next exec voted “No”, adding, “there would be too much ‘reputational damage’ to the press.”

And then finished with the best advice we could have received: “Get rid of the no’s, and then get down to business.”