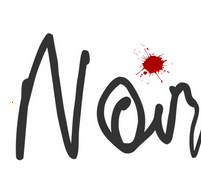 On September 10-14, a new literary festival will come to the already literary city of Norwich, UK: Noirwich, a celebration of noir and crime thriller writing. This festival is a collaboration between the Crime Writers’ Association, University of East Anglia, Waterstones, and the Writers’ Centre Norwich.

According to the press release, “the crime fiction and thriller market currently represents over a third of the fiction sector [in the UK], making it the largest genre by far. And with one in every three books sold in the UK being a crime novel, the festival aims to showcase this hugely popular literary genre while attracting big audiences at all ten events.”

If you haven’t heard of the city of Norwich, it’s high time you get to know this literary hot-bed, which became England’s first UNESCO City of Literature in 2012. Located in East Anglia, some 100 miles northeast of London, Norwich is home to the Writers Centre of Norwich (which is expanding its programming and international reach), the Worlds Literature Festival (which featured JM Coetzee, John Carey, and others in 2014), and the UK’s first MA program in Creative Writing at the University of East Anglia.

Take a look at the festival program and participating authors on the Noirwich Crime Writing Festival website.