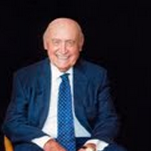 As one of the regular features of the annual Yale Publishing Course, Martin Levin presents a controversial book and asks whether you would publish it or not. Martin Levin, whose career in book publishing can be measured by both incredible successes (as both publisher and author) and a span of time that borders on eight decades — including three as corporate counsel starting at age 65 and is now focused on mergers and acquisitions — always enjoys asking his students at the Yale Publishing Course (taking place this week) a deceptively simple question: “Would you publish this book?”

The book in question follows. Please read, then answer whether or not YOU would publish this book in the comments.

NOTE: this scenario is hypothetical and composed in such a way as to generate a divisive reaction.

The Plot Against the President

Jim McCullough (JM) is an extraordinary investigative reporter. He graduated from Harvard University at the age of eighteen with honors. He then went to Columbia School of Journalism and was number one in his class. He worked at a number of small newspapers and was then hired by The New York Times. After a decade working in a number of assignments, he became the senior investigative reporter for The Times with his own by-line. JM felt he needed to broaden his experience and transferred to the Washington, DC Bureau of The Times where he has served for almost ten years.

Bruce Jacobs (BJ) is the sole owner of Capital Publishers located in Washington, DC. He is in his 25th year as publisher of non-fiction books written by outstanding public figures. During this period, BJ has published nine award-winning authors.

Harvey Green (HG), a very good friend and prominent DC attorney, invited BJ to lunch to meet JM at his townhouse because “JM has a ‘very hot’ subject for a book.” BJ would be required to sign a confidentiality agreement. With some misgivings, BJ agreed.

JM explained that a confidentiality agreement was required because he had written an explosive book. He and the Times did not wish the substance of the book discussed outside this meeting. BJ signed the agreement and it was notarized by HG.

At lunch, JM told this story: After Barack Obama’s election, JM had been asked to attend a “secret” meeting held in Aspen, Colorado hosted by the Koch Brothers, very rich conservatives who were deeply involved in Republican Party politics. The topic of the meeting had been timed for just after Obama’s election and had as its theme “how to make Obama fail.” JM was appalled that any group would organize itself to subvert the will of the people. Based on the conversation JM heard, it was clear that this group was plotting not solely to make Obama fail but, as they said in open meetings, but to make the first African-American president fail.

After staying through the three days of meetings, JM felt that there was a strong race issue involved and asked for permission from the Times to penetrate this group and collect evidence. Based on the data assembled, JM and the Times management became confident that the opposition to Obama by the Koch-sponsored effort was based primarily on race. The Times was now ready to publish the story so the electorate would be informed of their findings before the 2016 election.

After the meeting, BJ was given an outline of the story and a sampling of the recordings. JM told BJ that he could only share this material with his Editor-in-Chief, his Financial Officer and his lawyer. JM was seeking a “go” or “no go” decision in a week. BJ accepted these terms, distributed the material, and set up a meeting. After long and heated discussions, the Editor-in-Chief voted “no,” saying that it was too risky and would take too much time to be certain that the material was correct. The Financial Officer was wildly in favor of making this very profitable deal, saying the Times is reliable and would offer to pay for any legal action. The lawyer said he could only give advice after reading all the material, and he would need much more than a week to make a decision. Thus, it was up to BJ to make the decision.

JM is offering BJ the right to publish the book for release in fall 2014 simultaneously with the Times article. He suggests a profit-sharing arrangement between BJ’s company and the Times. JM has tape-recordings of conversations obtained without the knowledge of the speakers. JM says that any fair-minded reader would come to the conclusion that this, the deep hatred of African-Americans has cost the country dearly. Any legal expenses incurred would be paid solely by the Times.

Would you publish this book?