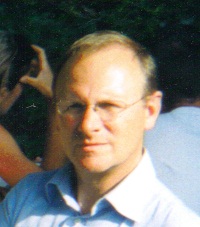 In the Guardian, Pierre Astier and Laure Pecher examine the position of French publishers, noting they remain isolated by hidebound rights practices.

Writing for the Guardian, Pierre Astier and Laure Pecher examined the position of French publishers, and noted that “France’s literary market has great potential, yet big firms remain reluctant to learn the language of international rights trading.” It doesn’t have to be that way. As Astier and Pecher note, of the 6,000 languages spoken worldwide, French is the “fifth-largest language pool,” following Chinese, English, Spanish and Hindi.

The market for English, they write, is by far the largest, driven “by vigorous marketing. It leads the pack in terms of professionalism, innovation and its record for initiating long-term trends.” The Spanish market, they say is growing rapidly due both to improving living standards in Latin America as well as public policies put in place to promote books and reading.

“Both markets are huge and dynamic,” they say, “with high growth.” In these markets, large international companies “operate alongside much smaller companies.” They argue that these markets were “ready for the emergence of a middle class eager to consume books,” which meant that western companies began moving in early on. Which, in turn, allowed them to set up subsidiaries, train professionals and “encourage the transfer of skills.” These companies are now able to operate independently, “with their own editorial and commercial policies.”

“Because of this,” they argue, “British or American publishers such as Penguin, Random House, HarperCollins and MacMillan can be found in India, South Africa and Australia. In Latin America, other publishers have taken root, such as Planeta, Santillana and Random House-Mondadori, recently renamed Penguin Random House Grupo Editorial. The publishing business in Brazil has operated separately from Portugal for some time, though Spanish subsidiaries have launched there recently, working on similar lines.”

These markets have prospered, which has, in turn, “encouraged the creation of national firms and a host of innovative independent organizations – Seagull Books in India, Sexto Piso in Mexico, and Cosac Naify in Brazil are now sites as models.”

So instead of being forced to export books from Europe, publishing rights are now being sold in all of the main markets. This, they write, “has helped to create a more developed rights market, that’s international, decentralized, and professional. As a result, it’s now commonly accepted that dynamic markets for rights and books go hand in hand.”

But, they point out; the French market is still for the most part based in Paris. At the same time though, according to predictions of population growth, the number of French speakers will be around 700 million by the 2050. “Demand is set to rocket,” Astier and Pecher write, “but it appears increasingly that the supply side cannot keep pace.”

The two write that:

“French publishers seem to have assumed that the market in the French-speaking world would never develop, so they’ve done little to explore its potential. The trade has remained compartmentalized, in keeping with ‘old world’ practices. Large French firms have gone on exporting books, and have done little to transfer their know-how. None of the top French publishers – among them Gallimard, Grasset, Le Seiul and Albin Michel – is represented in the French-speaking world by an independent editorial body. There are, of course, exceptions. They include Hachette Antoine in Lebanon, Bayard Jeunesse Canada and Flammarion Quebec.

“So books, it would seem, travel in one direction: from France to Switzerland, Belgium and Canada; from France, the former colonial power, to its ex-dependencies in Africa, the Caribbean and the Indian Ocean. Even more worrying, the big names in French literature have been sucked into the centre. Paris imports talent and exports books, but neither trade names nor rights. Why has a firm like Hachette not started subsidiaries in South America, India, China or Russia? It has precious few even in French-speaking countries. Hachette Livre International has offices in Africa, but mainly for distribution. When Gallimard launched a publishing house in the Canadian province of Quebec earlier this year, it gave it another name, as if the big Parisian names were reserved for the homeland.”

To read the rest of the article, including Astier and Pecher’s take on the picture regarding writers, the growth of small independent publishers that have developed with no help from Paris, and their warnings for the future, click here.