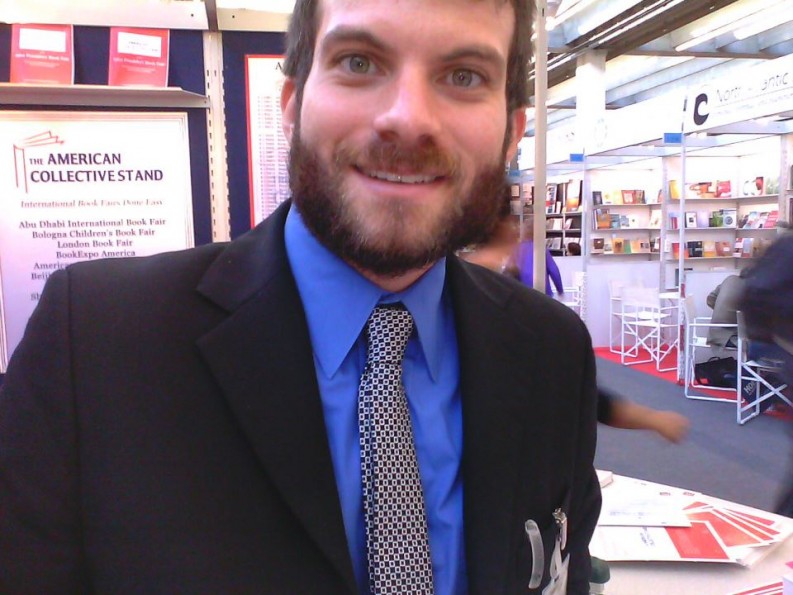 Seth Dellon is Head of Product Development for PubMatch.

PubMatch, the online platform for rights catalog management, will now allow buyers and sellers to transact business directly on the site.

Since launching some five years ago, PubMatch—the international online platform for rights catalog management—has attracted some 9,000 users from 151 countries and listings covering some 25,000 titles. Next week, the company — a joint venture between The Combined Book Exhibit (CBE) and Publishers Weekly — will take its next big step, when it launches the ability to facilitate direct transactions between book rights buyers and rights sellers.

“It took almost two years of working with Deloitte just to get all the tax implications for foreign rights sales correct,” said Seth Dellon, Director of Product Development for PubMatch.

The initial idea for PubMatch arose out of a meeting several years ago at the Beijing Book Fair, when a matchmaking session between Chinese and American publishers proved frustrating, because none of the participants shared a common language and were unfamiliar with each other’s product mix. John Malinowski, a co-founder of CBE, observed that there was a need for a platform that enabled publishers across borders to connect seamlessly. “It was, initially, an extension of what we do with our international pavilions at book fairs around the world,” said Dellon.

Today, PubMatch, which operations on a freemium model (the basic service is free, and the premium level costs $79.99 for the year), now offers file transfers, sampling, and several other features that allow rights sellers to interact. “One of our most popular features is our email service that alerts you to potential matches from new members or books that might match your profile,” said Dellon.

So, you might think of it as an online dating service for publishers — or perhaps, now that it facilitates transactions, more of an escort service, should you choose to use it that way.

The new transaction feature is powered by Copyright Clearance Center, and CCC and PubMatch split a 30% commission on any deals. The feature offers buyers and sellers total flexibility to alter a boilerplate contract, one that allows each to determine such variables as royalties, term length, and format. The transaction fees can be paid via a credit card or an invoice.

It is disintermediating the way rights are sold, but we see PubMatch as a great opportunity for the right client.

“Our goal isn’t to replace front list negotiations or titles,” said Dellon. “Really, we see the value in the transactional system as being especially valuable for publishers who want to monetize their backlist and for self-published authors who don’t have the in-house resources to figure out things such as their tax exposure or a foreign rights sale or don’t have an agent working to sell rights on their behalf.

“One of the early adopters has been Wiley, who said they were willing to trade the commission fee in return for the administrative time saved,” said Dellon. Another, he notes, is Independent Publishers Group, which he says is planning on adding 76,000 titles to the PubMatch system.

In addition to facilitating direct relationships with publishers and distributors, as well as individual rights holders, CBE is cultivating a network of affiliates to promote their service around the world. Current affiliates include The London Book Fair, Sharjah Book Fair, Buchreport in Germany, Quill & Quire in Canada, and the Association of American publishers.

“Yes,” admits Dellon, “it is disintermediating the way rights are sold, but we see PubMatch as a great opportunity for the right client. For most, a rights deal through PubMatch amounts to ‘found money.’”