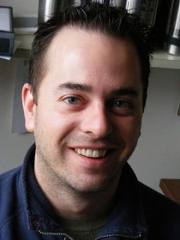 This June and July, Three Percent—the University of Rochester’s resource for international literature—will be holding their first ever World Cup of Literature.

At Three Percent, the University of Rochester’s resourse for international literature, our colleague Chad Post has announced that they will be holding their first ever World Cup of Literature. The World Cup of Literature will be a 32-book “knock-out tournament” that will run around the time of the actual “World Cup of Football Soccering.” Each “match” will pit two books against one another and will be judged by one of fifteen judges. They’ll assign a soccer-like score (no draws allowed!) and one of the two books will move on. All fifteen judges will “weigh in” on the champion match.

“In terms of what we’re looking for, I think the books we end up including in this competition should be fun, interesting, enjoyable, ‘readable,’ etc. So, in contrast to the BTBA (Best Translated Book Award) finalists, this could include more genre works and the like. Not that we want to include crap, but I don’t think this should feature 32 obscure, high modernist writers from around the world.

“And to keep in the World Cup spirit of young, healthy people running around athletically, we’d like to include books published from 2000 onwards. Keep it young! (And avoid match-ups like The Tin Drum vs. The Great Gatsby.)

Post asks that any recommendations you have for book titles be submitted at worldcupofliterature@gmail.com by June 10th. “Obviously,” he writes, there are certain countries that are trickier to find good representatives from than others (Like Costa Rica. Like Cote d’Ivorie. And good luck coming up with an American book.)”

Mr. Post is also seriously about finding more judges (each judge will be assigned two matches that they’ll be responsible for, and will also be able to vote in the championship). If you’re interested in becoming one, drop a line to worldcupofliterature@gmail.com and explain what you can bring to the table.