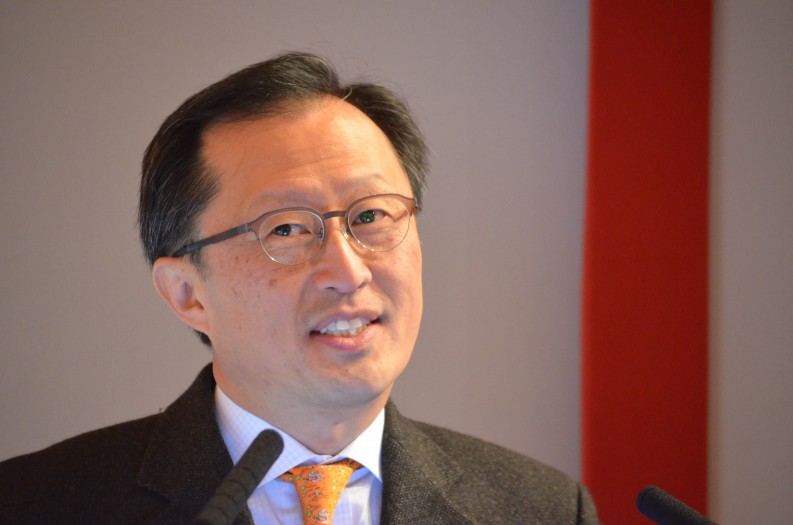 The 2013 PA International Conference in London lamented the lack of appreciation for the role of publishers as gatekeepers and lauded the revival of indie booksellers. LONDON: Publishers the world over face an image problem, according to YS Chi, Chairman of Elsevier and President of the International Publishers Association (IPA). “We are perceived as relics from another era, as dinosaurs,” he told delegates at the UK Publishers Association’s International Conference in London last week. “We are not seen as the guardians of culture, but the greedy gatekeepers of knowledge. The majority of people do not know what publishers actually do.”

Much of his keynote address was the familiar embrace change, experiment, be prepared to fail mantra, but it was powerfully delivered and an articulate summary of where the industry finds itself. “Everything is changing and these changes are complex, significant and challenging. Change in technology is constant. People are moving from dedicated ereaders to tablets and smartphones. Books are changing too — they used to be static, but now authors can change them all the time and can enter into a direct relationship with the reader.”

A real worry for publishers is the effect these changes have on consumer expectation, particularly in a world where so much content is free on the Net. “Consumers feel they should pay less now. They also feel that any ebook should be available for immediate download anywhere at the same price. The finish line keeps moving for publishers and there is a lot of ambiguity about where everyone fits in the ecosystem. You have companies like Twitter and Facebook being called publishers, and publishers appearing like tech companies, with their data analysts and web designers. These changes are threatening and challenging — but the most dangerous path is to ignore them.”

He said that there was a perception among consumers that ebooks were cheaper to produce, with people failing to realize that “the cost of printing is small compared to the infrastructure of investment in the creative process. There are more steps required for ebooks. Just because WordPress has a ‘publish’ button, that isn’t what we do as publishers.

Referring to a recent trip to Washington D.C., Chi noted, “I had separate meetings with a senator and a congressman on the Hill recently and they both thought we sit there with a red pen as publishers — so we do need to communicate effectively what we do. There is anger among some people that copyright stifles creativity. We need to counter this argument. We need to work with government and other stakeholders on issues like piracy. We need to educate policy makers — every agency is important for international customers, and education is important to help publishing grow in developing countries.”

He said that to address the problem of image the leadership of various publishers associations realized they needed a strategy. “We gathered all the communications people together to discuss the issues and create an action plan.” The IPA itself brought in someone new recently — Dougal Thomson, formerly with The Economist, who took up the new position of Director of Communications and Programs at the IPA’s Geneva headquarters in September. “We have a multi-faceted audience to address, and in the next 12 months you will see key messages delivered, compelling stories of our impact on society for culture and education. We’ll ask you to personalize that message. I’m very excited that there is a meeting of minds on this.

“This is a challenging and exciting time to be in publishing. I think five years from today we will look very different, and in a positive way. We are not perishing. But there are not going to be borders in publishing any more, even commercially.” It was stirring stuff and few would disagree that there has never been a more invigorating — if occasionally intimidating — time to be in the business. Keeping in tune with the global vision, Jacks Thomas, Director of the London Book Fair, used the occasion to say a little more about its new London Book Fair International Awards, to take place at next year’s Fair and run in association with the PA. At present, there are 13 awards, one of which, the LBF Lifetime Achievement Award, was already in place. The new awards are: British Council Young Publishing Entrepreneur Award; the Publishers Association Copyright Protection Award; the Academic and Professional Award; the Educational Initiatives Award; the Educational Content Award; Best General Trade Book (adult); Best Children’s Trade Book; the Publishing for Digital Minds Award for Innovation; Best Translation Initiative; the Transformation Award for Best Use of IP; the Global Book Industry Technology Supplier Award; and the International Agent of the Year.

As you can see, pretty much all sides of the industry are covered – with one glaring omission: bookselling, whether bricks and mortar or online. When PP raised this with Thomas she said that the awards were still taking shape and that an award for bookselling would definitely be considered. “You’re pushing at an open door,” was how she put it. “These new awards celebrate achievement across the entire business of publishing and will provide a truly global industry vision.” Talking of bookselling, there was some questioning of the chain model in the session chaired by Mike Abbot, Random House’s man in Europe. “Last week, Chapitre went into administration in France and all its 52 shops went up for sale,” he said. “But interestingly, they’re being sold off piecemeal, as independents. It’s as if the process by which the chains grew and saw off independents is reversing. As I understand it, Chapitre has had 17 firm offers. So it’s come full circle in a decade.”

Jo Lendle, Publisher at Hanser in Germany said that in the mid-size German cities there was both good and bad news. “Thalia [the country’s largest chain] either took over independents or forced them to close, which meant there was nothing left. People would buy flowers for the next birthday, rather than a book. But it does mean we’ve seen a rise in young, independent booksellers, who operate stores like cafes and arts centers, free from control from any head office.”

It could just be that for a certain breed of indie bookseller, they have already solved the image problem and have already redefined their role in this new world, perhaps ahead of publishers. It would be good to see such moves recognized at the LBF’s new awards.

Elsewhere, the British Council’s Literature Advisor Rebecca Hart talked about her recent trip to Burma where she said there was much potential.  “You can see evidence that there was a book industry there, but it’s being held back now by a lack of infrastructure.” Finally, there was a certain amount of good-humored joshing of Kieron Smith, late of Amazon-owned The Book Depository. He’s almost weary of people asking “Have you had the chip removed yet?” Barely a month into his new, post-Amazon life he led a session on the global customer and the quest for ‘social proof’ and ‘authenticity.’ “Companies have to prove they have some form of social interaction to show that they are legitimate.” This interaction is chiefly via social media, but can be on the shop-floor too, although he added this telling observation. “I think the chains find this hard – you can’t send out a planogram saying engage with your customers when half your staff have gone.”