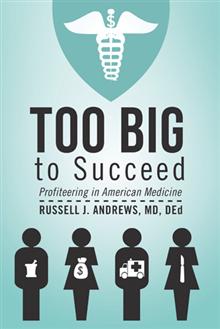 There is a Season by Janet Killeen: Kileen’s book of short stories speaks volumes about the role of chance, shared world history, and the personal past in our lives. Each story — for example, the tale of a spinster schoolteacher entrusted with a ring belonging to a soldier — is delivered with a quiet understatement, sense of setting, and belief in the large significance of events in small, ordinary lives that is reminiscent of the work of H.E. Bates. Evocative and utterly engrossing, this collection comes highly recommended to all literary short story connoisseurs. Read review.

The Beethoven Years by Robert L. Shearer: A richly-detailed saga of a schizophrenic New Yorker who believes he is Beethoven, this elegant novel combines the rigor of a case study and the excitement of a psychological thriller. It is all neatly framed by meditations on big issues such as creativity, the search for identity, the passage of time and the shrewdness of God.  Shearer’s fiction is achingly real and profoundly moving—the work of an original, finely tuned writer. Read review.

Your Man Abednego: A play in four acts by Onyechi Mbamali: Part political satire, part tragicomedy, part sly fable, Your Man Abednego is a masterful play, set in the African warrior kingdom of Umudimkpa, where race relations between its inhabitants and British Colonialists are muddled and strained. This story explores the nature of distorted communication, cultural friction and the dangers of misplaced trust – all wrapped in Mbamali’s poetic, vivid language that is both entertaining and absorbing. Read review. Too Big to Succeed: Profiteering in American Medicine by Russell J. Andrews, MD: With an insider’s eye, Dr. Andrews exposes the way profiteering has driven costs in American medicine to unsustainable levels while eroding the quality of care.  The author offers well-documented, nation-wide examples showing how widespread the problem is and delivers an insightful solution that gets closer to the root of the problem than many others have. This compelling, well-reasoned, paradigm-shifting examination is highly recommended for health-care consumers, practitioners, policy wonks, politicians, and fans of Dr. Atul Gawande. Read review.

The Awakening by Neville Goddard: One of the most important spiritual writers of the 20th century, Goddard is also one of the most unknown, even though his works inspired the likes of self-help author Wayne Dyer and historian Mitch Horowtiz. The Awakening is a collection of the author’s 1963 lectures that focus on his esoteric interpretations of the Bible exploring the idea that to understand the trials of Christ is ultimately to understand oneself. The Awakening is an important testament of an inventive thinker and essential to understanding Neville. Read review.

Marsh Township Sanitary District by Dr. John Kevin Scariano: In his intelligent, engaging and colorful memoir, Scariano details the two summers he worked in the depths of excrement in a Chicago water treatment plant in the mid-1970s.  His narrative captures not only how sewage is processed in all its inelegance, but also offers a glimpse into corruption and crime in Chicago. Marsh Township Sanitary District is a sparkling gem of a book filled with moments of absolute hilarity while offering a glimpse into a world where few are willing to venture. Read review.

The Zodiac: Myths and Legends of the Stars by Richard Hall: In this book, noted New Zealand astronomer Richard Hall uses everything from Biblical passages to Greek mythology to make a convincing argument that the zodiac was the foundation of many of the world’s religious and political systems.  Hall’s impressive breadth of knowledge is on display in every page, and his clear, conversational writing style makes The Zodiac an interesting, easy-to-understand primer on the vast influence of astronomy and astrology on human existence. Read review.

A Fear of Dying (A Soldier’s Story)by Brewster MaCoy: This stirring war novel and coming-of-age story begins in 1966 when, fresh out of high school, young Brewster (the protagonist shares the author’s name) is drinking beer with his buddies as he receives his draft notice. Suffering from bleeding ulcers, he assumes he will be excused from duty – but soon finds himself in Vietnam. Readers watch him transform from the wisecracking narrator at the story’s beginning to the heroic pilot of the end. With a tone that’s neither sentimental nor defensive, MaCoy’s spare prose often leaves the reader breathless. Read review.

The Agony of Victory: A Fictional Account of Actual Events by Max Horlick: This satirical novel is set at Lagado University, a school that is struggling more from the 0-18 record of its football team than anything to do with education. The school’s recovery from that disaster is told in episodic vignettes featuring characters such as Maynerd Paynes (an economics professor) and Nebbish and Kvetch (school deans). Fast-paced and funny, the story’s eye-winking satire will delight anyone who has ever been caught up in the tangled underbrush of higher education. Read review.

Leaning on the Line by Lawyers and Others by Arthur Brantman: Where is the line between right and wrong in the legal world? It’s far from self-evident. In his book, retired lawyer Brantman draws on his extensive experience to examine the ways unscrupulous lawyers manipulate the legal system in order to make their fortunes, and the way an adversarial legal system compromises the search for truth and justice. Smart and savvy, Brantman manages to keep it all light, while asking readers to ponder weighty ethical questions. Read review.