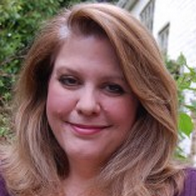 American born author CJ Daugherty, whose Night School series (HarperTeen) is an international bestseller (in 20 countries), is one of the most successful YA authors to appear in the last few years. She’s also not altogether pleased about being labeled a YA author.

Born and raised in Texas, Daugherty moved to London in 2000 where she worked for Time Out until they ran out of money. (She calls herself “the kiss of death.”) Not willing to freelance, “I’m too old for this,” she took a job working for the British government, teaching counterterrorism people how to use social media in the event of a terrorist acts. Yes, really. “I was hired by the Home Secretary, but nobody else [in the agency] wanted to do it, so I came into the worst job in the world. So I was doing that, and it was very frustrating. Every day I went to work and I’d walk past Parliament, and MI6, and learned all this stuff about counterterrorism (spies look just like people’s dads but with extra muscles), and I knew there was a novel in this, but I’d also signed the National Secrets Act.”

But then she saw a photo in a newspaper of a bunch of guys, all teenagers, all in tuxedos, standing in front of an old building. And in that photo, which was captioned as a “secret society” was David Cameron, and Boris Johnson and other powers that be who now run corporations and major newspapers throughout the UK. Daugherty’s first thought? “Worst secret society EVER.” And her second thought? “Great. All these guys, all men (of course) they all went to Eaton together, they all knew each other before Oxford, before the clubs, what if they’d gotten into the secret society before that? What if they’d trained early? I’ve got to write about this.”

And write it she did. “I wrote the book for fun because I was bored with my job and my job was weird. I was surprised that anyone would read it. I’d tried writing fiction before, but maybe because it was about young people and people in a boarding school, and so far from my background that maybe it was easier to write.”

Daugherty sent the manuscript to three agents: one of the three accepted it the day after she’d received it. And that’s when the fairy-tale began: it sold in 15 countries at Frankfurt, and at one point Daugherty was receiving daily emails from her agent, “You sold to Bulgaria!” She feels, in short that “I beat the system.”

But now that she’s in the YA arena, there are two intertwined issues Daugherty takes issue with: the YA label itself, and the lack of respect that authors with that label get
from the media and bookstores.

“80% of so-called YA lit is bought by adults, so why not treat it as literature,” she asked. “I hate it when I see my books in the corner of a bookstore like they’re ashamed of them – it enrages me.”

“Try this experiment. Cassandra Claire is one of my favorite writers. I love her series – she’s sold around 25 million books. If you go to the New York Times website, you’ll find zero articles about her. If you go and you search for Martin Amis, you’ll find 100 articles. I want to know why there’s nothing on someone who has sold as many books as she has. Is it just because she writes about teenagers? Her books are great for everybody.”

“If you walk into a bookstore in Britain, go to fiction and look for George R.R. Martin. You have to go find the fantasy section that’s tucked away in the back corner where you find embarrassing things — and there you’ll find Martin. Go to the front fiction sectionand you’ll find Ian McEwan who is of course a great writer — but why do you call it a fiction section if Martin’s books aren’t there and my books aren’t there?