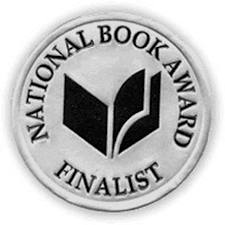 First of all, like the Man Booker, the NBF has added “longlists” for the build-up to the ceremony. Ten finalists are being named in four categories: fiction, nonfiction, poetry, and young adult fiction. As Ron Charles said in The Washington Post, “That’s more books and more time for booksellers to market them before the ‘shortlists’ of five in each category are announced on October 16th.

And second, in an attempt to keep the interest building, instead of announcing all the longlists at once, only one will be announced per day over the next four days, starting with today’s announcement of the YA longlist. And the initial group of nominees for the 2013 prize in young adult literature are:

And in one additional change, this year’s panel of judges for the YA award, (previously made up of three YA authors) has been expanded to include a bookseller — Peter Glassman, founder of Books of Wonder in New York — and a children’s literature scholar — Lisa Von Drasek, curator of the Children’s Literature Research Collections of the University of Minnesota.

The winners will be announced on November 20th.