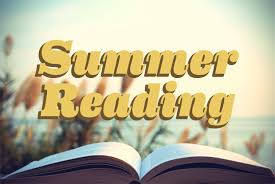 So, you’ve finished Dan Brown’s Inferno. Game of Thrones has ended, and there’s nothing else good to watch on TV. Are you going to send your mind off on vacation for the entire summer? Or…wouldn’t you rather spend your summer months enjoying three of the greatest stories ever told?

A story of witches and ghosts and murder set in mysterious Scotland.

A story of love and ambition, played out on an international stage, as two great powers vie for total supremacy.

These stories, of course, are from three of the greatest plays ever written: William Shakespeare’s Macbeth, King Lear, and Antony and Cleopatra. And as Publishing Perspectives’ epic journey through the works of Shakespeare, The Play’s The Thing continues, we’re going to be spending our summer plumbing the riches of these masterpieces of Western Literature.

But don’t worry – just because they’re “masterpieces” and “classics” it doesn’t mean you’re going to be bored. Far from it. The reason they’re still read, performed, and cherished more than 400 years after they were written is because they’ve spoken directly and clearly to generation after generation of readers and playgoers.

Our reading of Macbeth starts on Wednesday, June 19th. We’ll be going slowly, savoring each Act, so any excuses of “I don’t have time” just won’t fly. We hope you’ll join us.

Purchase your copy of Macbeth and enter the conversation at The Play’s The Thing.