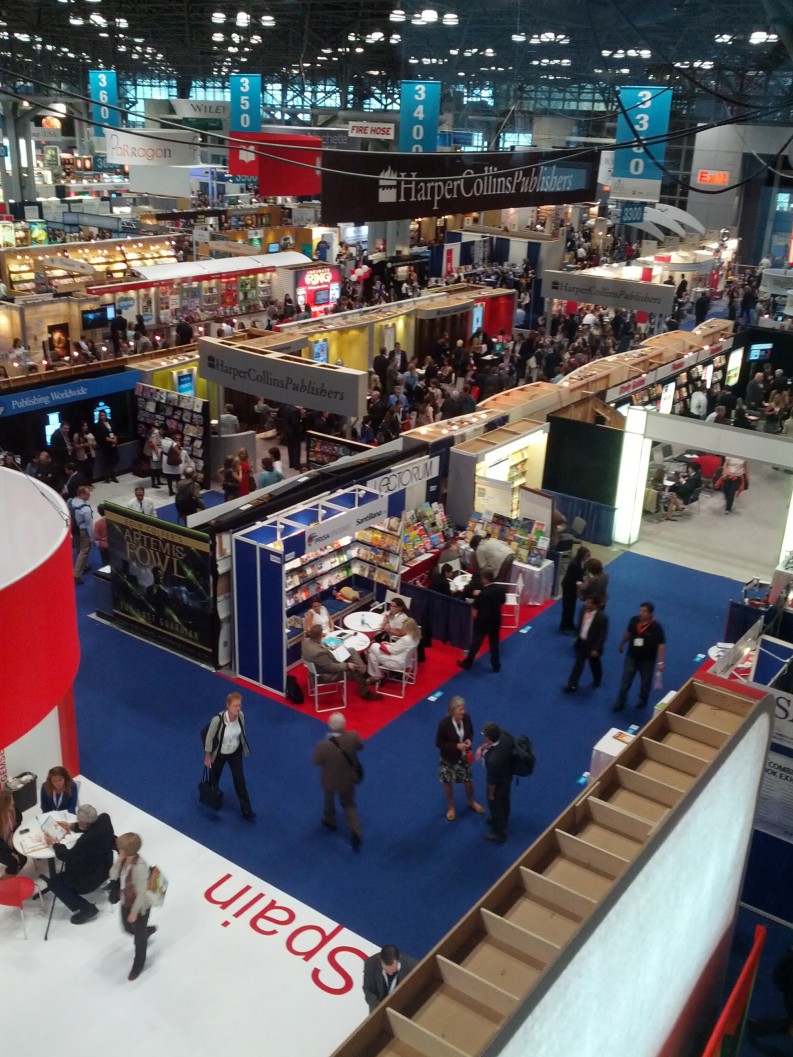 In a column last week, Michael Cader in Here at the Hothouse in Publishers Lunch wrote “BookExpo America organizers continue to pull off the nifty trick of perpetuating an annual gathering for the US book industry that no one really needs anymore but lots of people still enjoy and find valuable.”

The show was initially created to give publishers an opportunity to interact with booksellers, librarians and the media (it was, you should remember, not that long ago called the American Booksellers Association conference). Today the booksellers have the Winter Institute, where publishers vie for the opportunity to put up big money to get their authors in front of the most influential booksellers; librarians have the annual ALA conference, which comes just weeks after BEA; and the mass media (TV, newspapers) have all but forsaken the book business.

Agents and editors in New York seem to do all they can to ignore BEA’s pull and those that do come don’t seem terribly keen to mingle with booksellers, librarians, et al. (That said, BEA does give the industry an excuse to throw a great party. Thanks Doubleday/Knopf and Foundary + Media for making my Friday a blurry fog of a hangover).

Now, increasingly, the show is trying to reach out to the public and to “power readers” — bloggers, mostly, I suspect — people willing to pay for a flight and  housing or a train ticket and parking to come for boxes of free books that they might otherwise buy and the opportunity to mingle with authors, and the aforementioned professionals. Opening the doors to the NYC public is a nobel gesture and an interesting experiment, but it’s hardly a solution.

These days, nearly every community of any size in the United States has decent book fair. In the cities that have major events, such as Los Angeles and Miami and Austin, the authorial offerings on hand are better curated than BEA.

So, tell us, what would you do to make BEA essential again?

Would you reintroduce the revolving cycle of host cities? It might bring some new energy and renewed variety back into the event. When the show was in LA, books-to-film was often a big theme of the discussions and has been all-but-absent from BEA since the show has taken up permanent residence in NYC. When it was in Chicago, you’d get the New Yorkers who came were fully invested, since they were no longer forced to juggle work and obligations at home. Move it to San Francisco or Austin and you’d get an injection of start-up can do — not to mention that they are both very appealing cities to visit.

Perhaps you’d focus, as Porter Anderson suggests, on fully incorporating authors into the on-stage publishing discussions? After all, the self-publishing community is — as we have said — becoming increasingly organized. Why not include them?

The fact is that BEA lacks urgency a “must be there” x-factor that both Frankfurt and London have been able to exploit. These shows balance the old and new, the professional and the public, handily. BEA, not so much.

So tell us, what would you do?