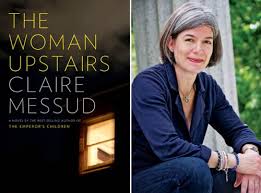 The Woman Upstairs (Knopf) has been receiving rave reviews pretty much across the board. But in recent interview with Publishers Weekly Messud grew frustrated with the line of questioning, particularly about her novel’s main character Nora Eldridge.

After being asked, “I wouldn’t want to be friends with Nora, would you? Her outlook is almost unbearably grim,” Messud responded:

But it goes beyond merely that, I think.

Would, for example, Phillip Roth ever be asked “Would you want to be friends with Portnoy?”