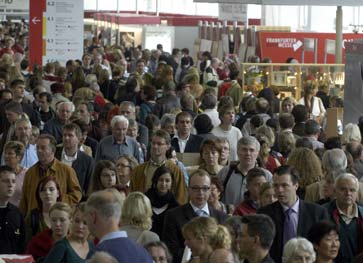 Friday’s feature story, “Crowdfunding a Book on Two Continents Pays Off,” described how when Liz Castro wanted to publish a book about Catalonian independence, she turned not to Kickstarter but to a Spanish crowdfunding site and to those who cared most.

Crowdsourcing content and crowdfunding publications is no longer a novelty. Over the years the phenomenon has developed from simple Kickstarter campaigns to much more complicated project, from companies offering a platform for authors and illustrators to collaborate on children’s books to projects to crowdfund the purchase of book rights to make specific titles available in digital perpetuity.

Here is a look back at this evolving phenomenon.

Osprey Takes Flight on Brands, Tribes, “Clonefiles” and the Crowd
The UK’s Osprey Group is not afraid of taking risks and after several acquisitions and innovative programs under the leadership of CEO Rebecca Smart, the publisher is thriving.

Storybird: Publishing as a 2 Million-strong “Breakdancing Circle”
By offering writers ready made art as inspiration, Storybird has attracted 2 million users and is turning traditional children’s and YA publishing workflow on its head.

Crowdscribed.com: An 18th-Century Publishing Model for the 21st
Crowdscribed’s evolution of crowdfunded publishing asks people to subscribe rather than donate to a book, a model once popular in the 18th century.

How Authors, Booksellers, Archivists Are Crowdsourcing Funding Online
Here, we look at three book-related projects — a comic book, an online library, and a new bookstore — to see if they succeeded in getting the money they needed through crowdsourced campaigns.