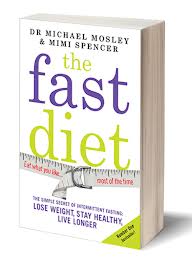 “Be curious and be bold — and don’t listen to the big people who say this or that can’t be done, or it won’t work.” That’s the advice of Rebecca Nicolson, co-founder of independent house Short Books, perhaps the “publisher of the moment” in the UK. Prospective start-ups could do worse than heed her words, since Short Books’ Fast Diet by Michael Mosley and Mimi Spencer has topped the charts in Britain, with sales of 140,000-plus to date, and another 300,000 in print. The book was snapped up by Judith Curr at Atria (Simon & Schuster), who published it in the US this month. The US edition reached #2 on the New York Times Book Review bestseller list for advice and miscellany.

Short Books is gearing up to publish The Fast Diet Recipe Book in April in the UK. All in all a good start to the year for a house which has just three full-time staff members, plus assorted freelancers.

“This is easily our most successful title,” says Nicolson. “Obviously, since we began we’ve had good years and bad years, but I can certainly say that our turnover will be significantly higher this year than ever before.” This could be a lovely understatement, for the title seems to set to become Short Books’ own Eats, Shoots and Leaves. The latter — Lynne Truss’s entertaining take on punctuation and grammar, published in 2003 — proved a huge bestseller for another independent, Profile Books. Interestingly, both houses use the very successful Independent Alliance for sales, and both these books demonstrate the kind of fast movement and quick thinking that enable independent publishers to steal a march on their large, much wealthier competitors.

Independence and Speed Were Key

The Fast Diet came about after Nicolson saw an article in The Times on “intermittent fasting” last November. The piece, by award-winning food and fashion writer Mimi Spencer, was inspired by a TV documentary on the subject by Dr Michael Mosley. “The two of them agreed to write the book together and they delivered the finished copy six weeks later so that we could meet January promotion slots.”

This has echoes of the speed with which Profile Publisher Andrew Franklin acted when he heard Truss talking about punctuation on BBC radio and approached her with the idea of turning the talks into a book.

“I do think we’re able to be more fleet of foot because of our size,” says Nicolson. “Because we are small and independent, and cannot compete with the corporates when it comes to advances, we have to use our contacts, plus a degree of ingenuity to come by good things. We do quite a bit of commissioning ourselves and we have a clutch of agents who we work with regularly, and who come to us, often with a certain type of left field project that they think we might be able to get off the ground.

“The best example would be Change the World for a Fiver. None of the big houses would touch it, as it was a charity book for which everyone had to work for free. But it seemed to us it just had to be done.”

The house publishes around 25 titles a year and says it wants to keep it that way. “As everyone knows, one thing about having a bestselling book is that it makes for more work, rather than less. So all extra hands at the moment will be focused on the Fast Diet.”

Industry is Changing for Independent Publishers

All its titles are now digital, and Short Books is also launching a digital-only mind body spirit series later this year, The Therapy Toolkit by Ashley Conway. Nicolson is optimistic about the changes sweeping the industry. “Obviously, there are huge challenges ahead, and we are all, in publishing, going to have be increasingly curious and open minded and generally on the case to get our content visible and into the hands of its best audience. We are certainly in very interesting times now. I personally love the digital side of things — the way the world has become so very much more accessible via the net, an ever growing network of small rooms.

Does she think it was easier to set up in 2001, which was pre-austerity, pre-Kindle? “It was both easier, and in a way more difficult. But we were incredibly naïve. And if we had had the first clue about what we were getting into — that publishing is basically gambling, and you might as well just spend the day down at the bookies — I don’t think either of us would have done it.

“There are opportunities out there, and many ways of getting imaginatively around the problem of not having a large corporate budget behind you,” Notes Nicolson.

Building on a Literary Legacy

It was, perhaps, inevitable, that Nicolson would become involved with the world of books. Some will know this history; others will not. She is the daughter of the writer and publisher Nigel Nicolson, co-founder of Weidenfeld & Nicolson. Her grandparents were the writers Vita Sackville-West and Harold Nicolson, who knew Virginia Woolf. Indeed, Sackville-West famously had an affair with Woolf. Her father remembers Woolf visiting the family home at Sissinghurst in Kent, when he was a child. Her brother is the writer Adam Nicolson (God’s Secretaries: The Making of the King James Bible, HarperPerennial; Sissinghurst: An Unfinished History, Viking Adult) and her sister, Juliet, used to work in publishing in the UK and the US, before herself turning to writing (Abdication, Washington Square Press; The Great Silence, Grove Press).

It is an extraordinary dynasty and one imagines, a heavy baggage to carry around. Nicolson is understandably diffident about it all, simply saying “My early childhood was spent at Sissinghurst where there was plenty of book talk. But then I spent most of my formative years in London in a house that had virtually no books.”

She read Georgraphy at Oxford and then moved into journalism, eventually editing the Observer magazine and becoming Deputy Editor of the Independent on Sunday.  She established Short Books in 2001 with fellow journalist and friend, Aurea Carpenter.

“Our original idea was to resurrect the neglected non-fiction novella. We liked the idea of entertaining, informative 20,000-word reads. But pretty soon after we launched, we began evolving into a more standard trade model, realizing that our £4.99 slim volume paperbacks were going to get lost on the shelf. But it is interesting now to see this sort of publishing making a comeback with the advent of digital — short books lend themselves very well to ebooks.

“I suppose if we were to state our philosophy now, it is still very much for entertaining, informative reads — and that goes for our fiction as much as our non-fiction list. It’s education by the back door, I suppose: Aurea and I are journalists at heart, and we love books which offer the reader something proper, whether it be Latin, birdsong or the physics of finance, but always in an accessible, and often humorous, way.”