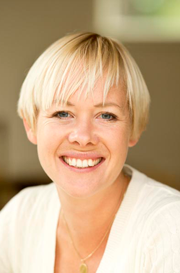 When we talk about online book discovery, serendipity is all but impossible to program.

Today at the IfBookThen conference in Stockholm, Sweden, Tove Leffler — CEO and Editor in Chief at The Swedish Bookseller (Svensk Bokhandel) — spoke on the topic of book discovery. Leffler emphasized the importance of “serendipity” in browsing in bookstores and libraries and how that is often absent from the online experience.

She then pointed out:

“Selling books to buyers that you already know they will like, they will find those books on their own. The point of book discovery is selling someone a book that that didn’t know they were already going to like.”

It is, I think, a very interesting observation and one that we don’t often hear enough about.

In truth, book discovery works a lot like blind dates. How often have you been told by a friend, “I am going to set you up with someone that is really perfect for you?” And how often does that introduction end, at best in mild disappointment, and at worst a total disaster that makes you wonder exactly how desperate your friend thinks you are?

At the same time, you do often do you find that, no, it’s not the person your friend set you up with on that date that you’re attracted to but the person sitting next to them at the dinner party — maybe it’s the host, their mutual friend, etc. You had enough in common to find yourself in the same room together, but the correlation wasn’t so obvious.

That’s true serendipity. And that is something a computer program is likely to be able to replicate anytime soon.